The latest wines of Lodi's Heritage Oak demonstrate a mastery of pure varietals... and blends 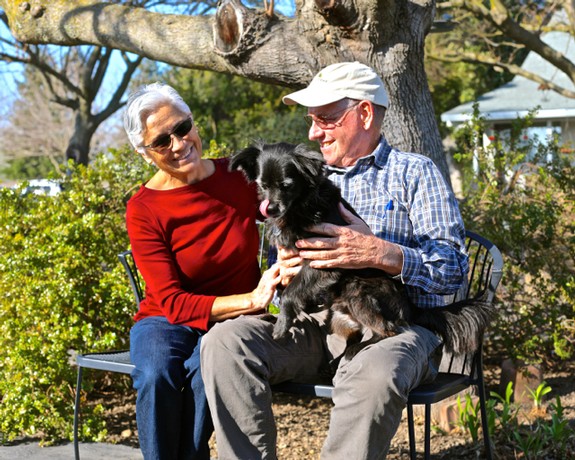 Heritage Oak Winery's Tom and Carmela Hoffman in their idyllic vineyard estate, on the east side of Lodi's Mokelumne River AVA

Tom Hoffman, Heritage Oak Winery’s owner/grower/winemaker, likes to have things both ways. On one hand, he appreciates the beauty of pure varietals – wines expressing the qualities of one grape, and one grape only. At the same time, he well knows the advantages of blending – weaving the qualities of multiple grapes into seamlessly and intricately layered qualities that can’t be achieved in 100% varietal wines.

Either way, Hoffman demonstrates a mastery of both approaches to the discipline of winegrowing and craft of winemaking in his latest releases. As he explains: “In 2012 we put in a lot of new vines and replantings with many different varieties – three to five rows of each, 65 vines per row. Hence, my latest blends and varietal reds from the 2016 vintage, and new varietal whites from 2018...  Continue » 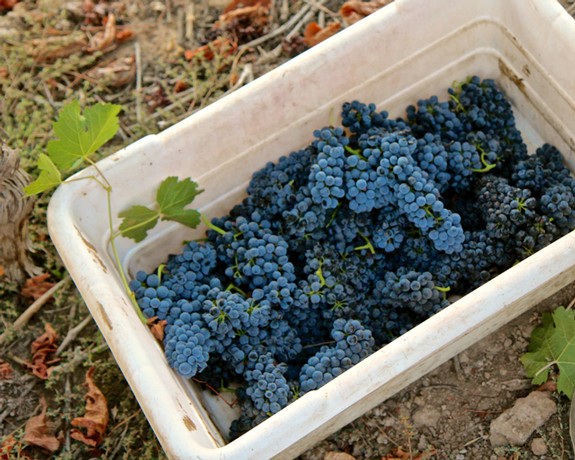 Recently, to update ourselves, we conducted a blind tasting of 14 of our Lodi grown reds fashioned from Petite Sirah (a.k.a. Durif). We found a uniformity of quality comparable to Petite Sirahs from other California wine regions (example of Lodi’s competitiveness: at the recent 2019 San Francisco Chronicle Wine Competion, Lodi-based producers such as Karen Birmingham, St. Amant, Mettler Family, Peirano Estate and GoodMills Family all walked away with gold medals), as well as a little bit of movement towards styles reflecting the current evolution of California wines in general.

That is, a move towards a little more subtlety – particularly in terms of oak barrel aromas and flavors – and a little less of the wham-bam-thank-you-ma’am intensity of alcohol, tannin and ripe, sweet toned fruitiness (please see out notes on specific wines below) for which Petite Sirah has been known. Still, if anything, Petite Sirah has never been considered a “subtle” varietal, and undoubtedly never will, even in more restrained guises... 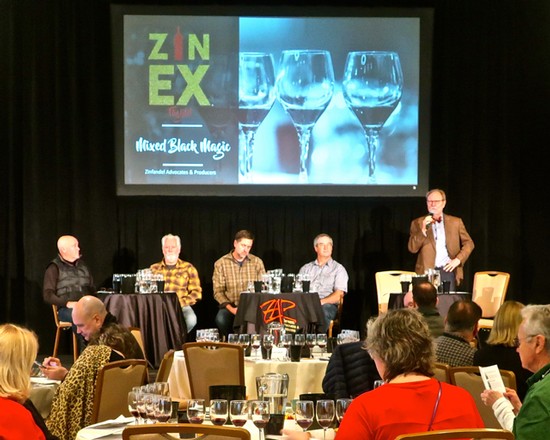 Are the best Zinfandels bottled as 100% varietals, or are they best as products of judicious blending with other wine grapes?

The answer – going by our own tasting notes of 13 different Zinfandels presented during the formal, sit-down “Flights!” tasting put on by ZAP (Zinfandel Advocates & Producers) in the ballroom of San Francisco’s Palace Hotel this past January 18th – is probably this: It depends on each site, or particular vineyard, found within each appellation. 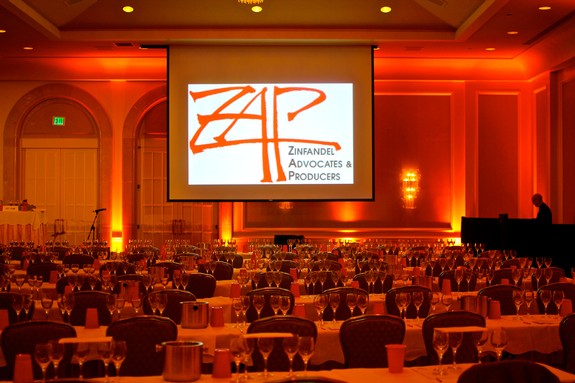 This week – on January 17-19, 2019 – marks the annual San Francisco celebration of Zinfandel put on each year by ZAP (Zinfandel Advocates & Producers). Not every producer of California Zinfandel will be there, but most of them will be, and Zinfandel lovers will have an opportunity to taste and compare from among the very best.

One question, which inevitably comes up whenever there is a big exposition focused on one varietal category: How are California Zinfandels tasting these days?

Then there is the other question, pertinent to us in Lodi Viticultural Area, which is: How do Lodi grown Zinfandels stack up against other California Zinfandels these days? 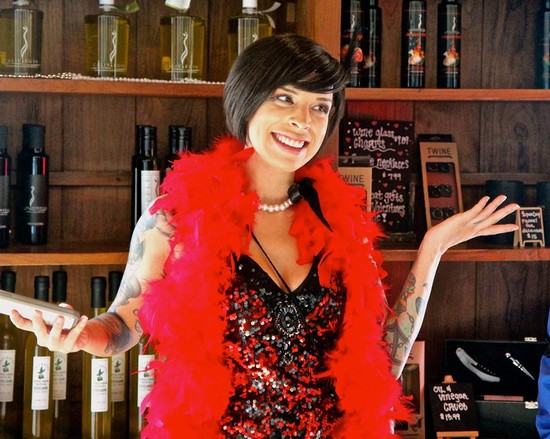 Counting the reasons why we love Lodi's Wine & Chocolate Weekend

Why is this weekend so well loved? Let us count the ways.

• A chance to drop in on no less than 54 participating wineries (well, at least as many as you humanly can) and
• Enjoy exclusive tastings (from the barrel, verticals of vintages, etc.),
• Lots of edible treats (chocolates and non-chocolaty),
• Live music (at many wineries, including room to dance with your fellow wine and chocolate lovers), and
• Lots of Instagram-worthy moments and settings (including photo booths and backdrops) nearly everywhere you go!

Imagine the possibilities, if not with your main squeeze, maybe with your besties (or all of them!)...

In Part 1 of our Four 2018 wine grape lessons, we discussed how, like all the fine wines of the world, the increasingly impressive wines of Lodi are defined primarily by the grapes that go into them.

Since grape morphology – that is, the size and weight of clusters and berries, color and phenols in skins, proportions of acidity, and all the factors that determine structure, aromas and flavors, and ultimately, the quality and style of wines – is directly impacted by vineyard locations and the decisions of growers and winemakers, it is never surprising to find that terroir (i.e. “sense of place”) often trumps varietal expectations in resulting wines... 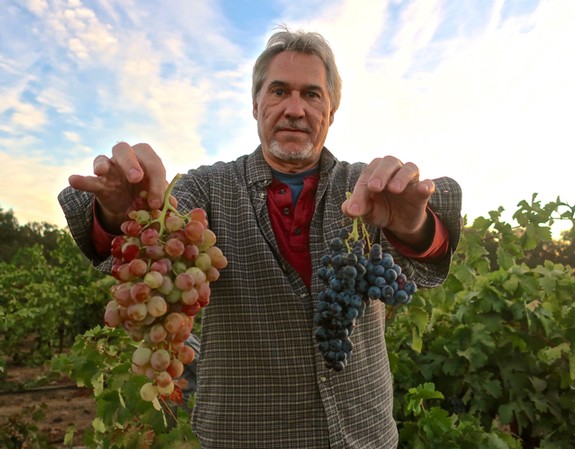 The months of August, September and October are the climatic peaks of each growing season in Lodi wine country, as they are in all the wine regions of the Northern Hemisphere. These are the months when wine grapes reach full maturation, thus ready for harvest. It is also the time of year when we rush out into the vineyards to poke, prod, taste and photograph the grapes just before or during peak ripeness. And this is how we learn more about exactly how the individual characteristics of each variety are impacted by factors such as terroir (the French word for "sense of place," determined by vineyard location), grower and winemaker decisions, and above all, the whims of Mother Nature (i.e. peculiarities of each "vintage").

Ultimately, all the fine wines of the world are defined mostly by the grapes that go into them. It is why, for instance, an Albariño produces a white wine that is almost always lighter, sharper, more flowery, citrusy and flinty than a Chardonnay. Yet an Albariño grown in its native Rías Baixas, Spain is not exactly the same as an Albariño grown in Lodi. Why should it be? Rías Baixas is over 5,600 miles - an entire continent and ocean - away from Lodi...