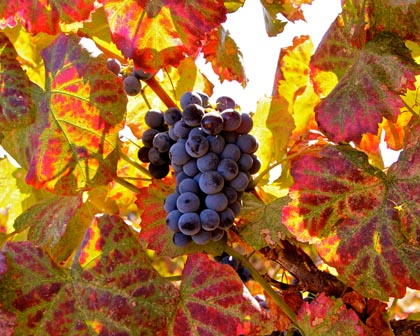 Alicante Bouschet, September 2013: Lodi still cultivates blocks of this unusual wine grape, whose heyday was the first half of the last century

Harvest is a great time of year for photographing wine grapes, which become the most identifiable by their colors, shapes and overall morphology during that fleeting window just before they are picked...

What an influential wine blogger thinks of Lodi wines 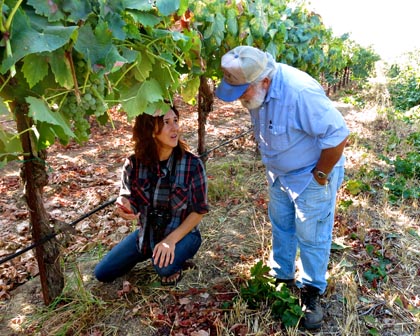 Elaine Brown, a.k.a. Hawk Wakawaka Wine Reviews, is a wine blogger, journalist, photographer and inveterate illustrator with a moderate yet rapidly growing, significant following. How significant? Somehow her observations, as she travels up and down the West Coast wine regions and (occasionally) the Old Country, always seem to pop up in places like Eric Asimov's New York Times wine articles, or in Jon Bonné's San Francisco Chronicle pieces. Brown, in other words, is influencing the influencers… messin' with the messers... 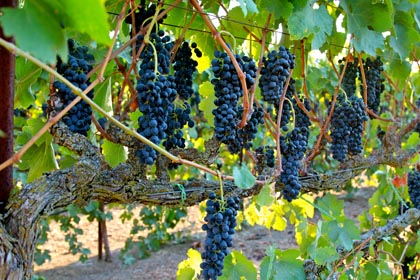 Last week Friday (September 13, 2013) Michael McCay of Lodi's vaunted McCay Cellars picked his Grenache from Abba Vineyard – owned by second-generation Lodi farmer Louis Abba Jr., and farmed by his son Phil Abba. Mr. McCay's excitement is palpable – not only because his supply has increased, but also because 2013 looks to be "our best Grenache yet… the fruit was perfect, just popping with flavor coming right off the vine..." 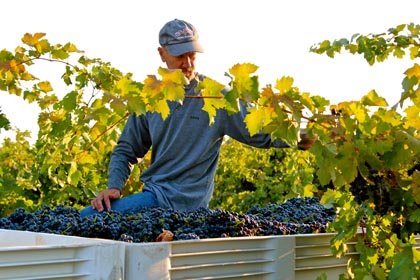 The Lodi AVA‘s leading winegrowers are no longer shooting just for “varietal” identity in their wines. They are even more focused on producing wines that taste of “Lodi” because, in the end, this is what will set the region apart — not wines that taste like they could come from any other wine region... 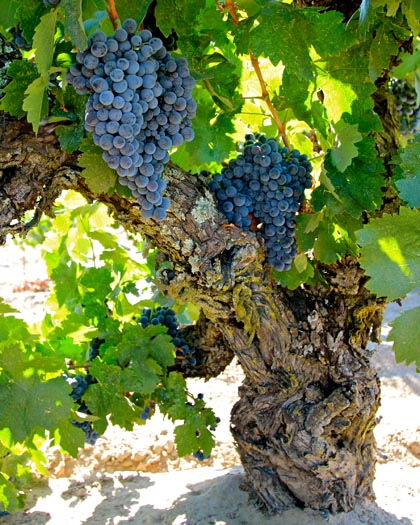 Majestic 107-year old Carignan vine in Jean Rauser’s east-side Mokelumne River-Lodi vineyard: recalling another era (in the 1970s), when Carignan was the most widely planted wine grape in all of California.

According to the 2012 Grape Acreage Report put out by USDA's National Agricultural Statistics Service, approximately 10.2% of the total acreage of fruit bearing wine grape vines in California can be classified as "other" — including many of the “alternative” style varietals more common to Lodi than in other American wine regions, such as Albariño and Aglianico, Cinsaut and Souzão, Vermentino and Verdelho, Graciano and Teroldego, Marzemino and Montepulciano, Symphony and Schönburger, Touriga and Torrontés, Pinotage and Piquepoul, and many others of, frankly, commercially obscure identity, from Albalonga to Zweigelt...