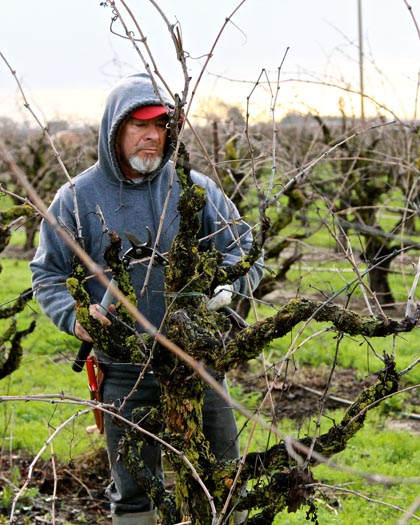 There’s a certain Slant of light, Emily Dickinson famously wrote, describing “Winter.” Don’t we know it, whether or not we can put it into our own words.

Winter in Lodi is not nearly as much of a Dickinsonian “Heavenly Hurt” as in colder climate regions, but we have our own “Shadows… holding their breath.” This year, in 2014, it was a question of rain. In early February there was still doubt that we would ever get any, and the rows between vines normally bursting with green growth were bare, strangely desolate, inconsolable. In recent weeks, of course, the sandy loams have finally begun to drink up draughts “sent us of the Air,” and the “look of Death” between the rows has finally turned to something living, breathing… ah, the welcomed threat of Spring!

Photographs, like poems, can say so much with so little. Here are a few of our shots that shall always help us remember Lodi’s winter of 2014: 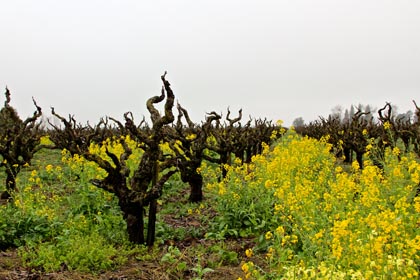 After the first rains of February, wild mustards immediately spring up among the ancient Zinfandel vines 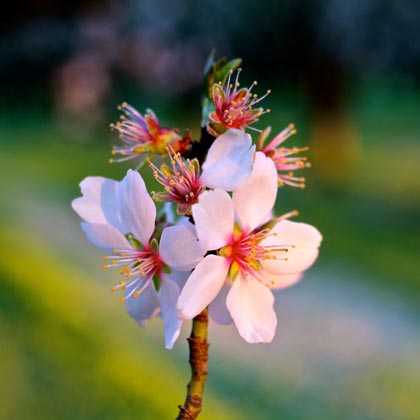 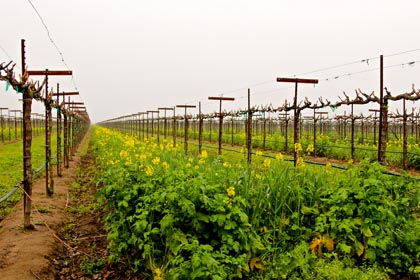 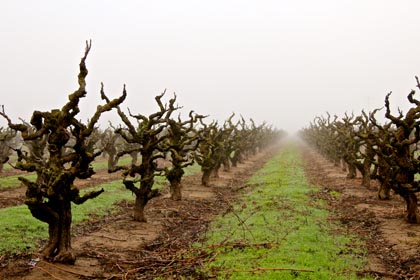 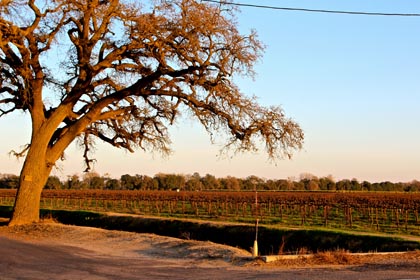 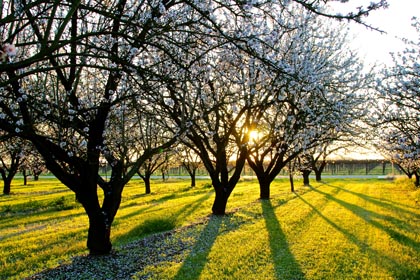 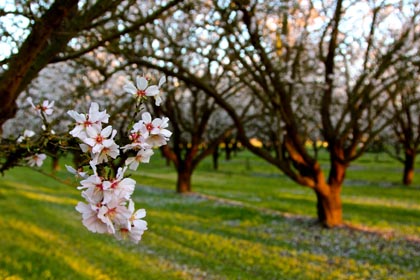 Another close-up of flowering cherry trees in Lodi 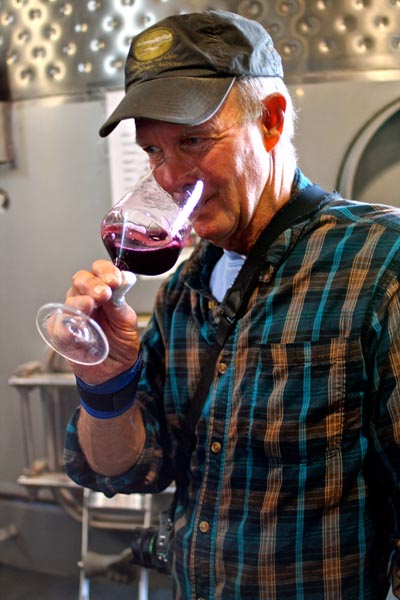 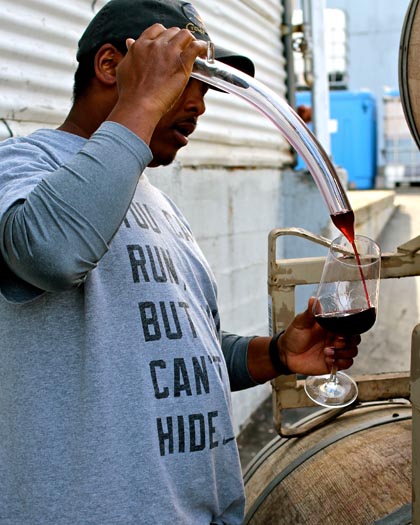 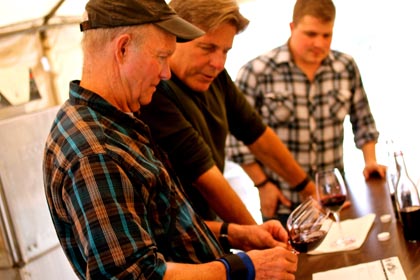 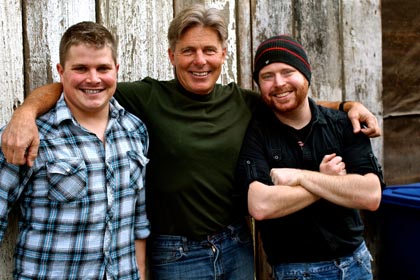 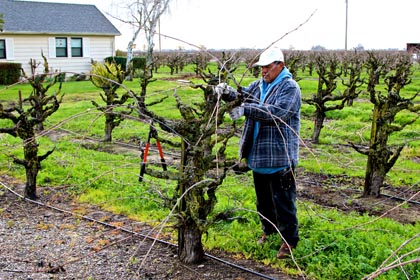 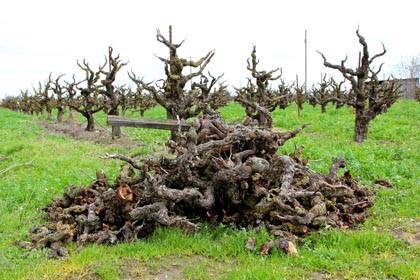 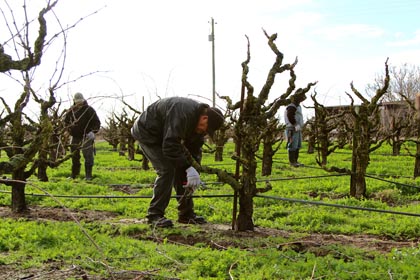 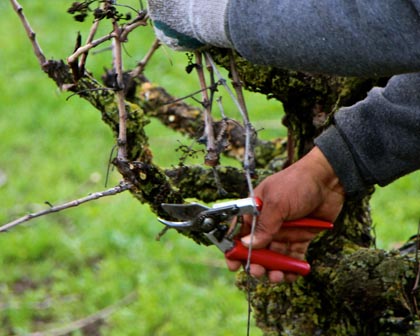 Gloves come off when pruning comes to detailing 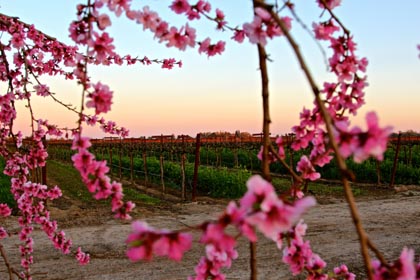 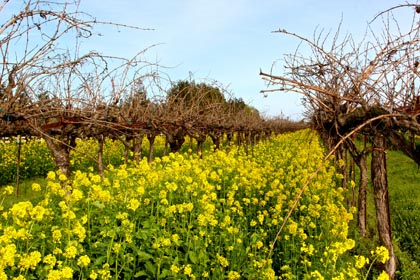 First week of March: after several rains, the cover crop gets waist-high in Phillips Farms’ “Rapture” Cabernet Sauvignon planting, still waiting for its winter pruning, which is delayed because this older vineyard is prone to eutypa (i.e. “dead arm” disease) 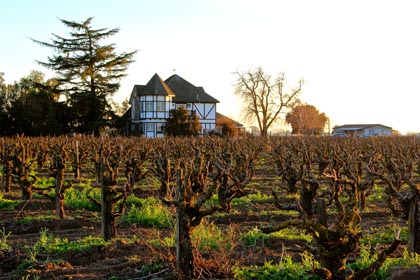