The problem with reading alcohols and other assumptions about California Zinfandel 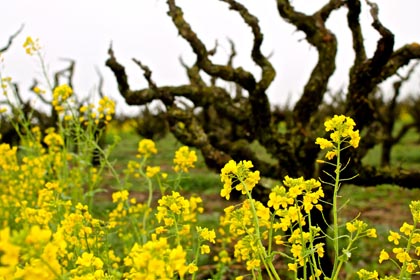 To truly grasp Lodi Zinfandel, it helps to understand how they compare with Zinfandels from other California wine regions

The problem is, there is a lot of misinformation out there; often perpetuated by journalists or, these days, by wine bloggers. In a recent “tips” blog, for instance, one helpful writer proffered these pearls of wisdom concerning California Zinfandel: 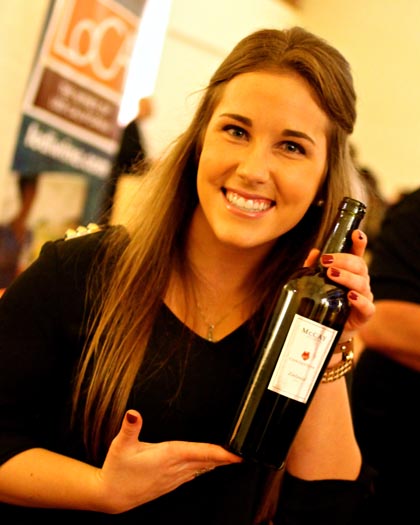 When choosing a Zinfandel, pay particular attention to the alcohol level listed on the label. The higher the alcohol, the higher the odds that the wine will be sweet, jammy, and powerfully rich.

Zinfandel grows all over California, and the style of the wine varies according to the wine region and the specific location of the vineyard, as well as the age of the vines for any particular wine. In general, the following holds true:

Concerning the first paragraph: Ask any winemaker, and they'll tell you that the alcohol levels divulged on their wine labels are approximations at best: it's what they put on the bottle just to get a label through the approval process with the TTB (the federal government's Alcohol and Tobacco Tax and Trade Bureau) – usually long before their wines are bottled, when they know their wines' actual alcohol level.

Therefore, the worse thing a consumer can do is choose a wine based upon its stated alcohol by volume, which is rarely precise, and doesn’t give you a true picture of what you’ll find in the bottle. Neither should you be fooled by fractions. One winemaker candidly told us, "We'll put 14.1% or 14.2% on the label, even when we know our wines will be more than 15% alcohol, because we don't want to give people the impression that we're going for a high alcohol Zinfandel." Yes, it's marketing; and in another sense, telling a little red lie. But the TTB allows this for what it believes to be a sane reason – to make it easier and more cost-effective for wineries to expedite their labels – and wine producers will continue to exercise that freedom. 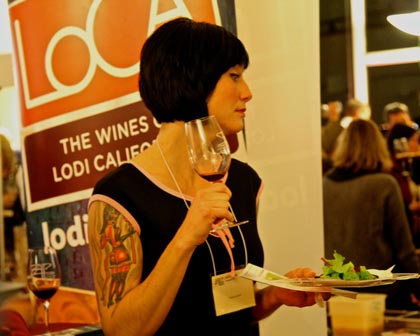 Secondly, the tips author is implying that "interior" regions —which we suppose means areas like Lodi, Contra Costa and the Sierra Foothills — make "richer, lustier, more powerful" wines than "cooler areas" (by implication, regions like Napa and Sonoma), where "leaner, more refined" Zinfandels are made.

Yet winemakers who work in all these areas actually tell us the opposite is true: the leaner, more delicate Zinfandels tend to come from regions like Lodi, and the lustier, more powerful, higher alcohol Zinfandels from Napa or Sonoma. Ehren Jordan, the former longtime winemaker of Turley Wine Cellars, has put it this way: "Anybody who says Lodi is a hot Central Valley growing region just doesn't know his stuff. In all my years, I can't think of a single year when our Lodi fruit wasn't picked after our vineyards in, say, mid-Napa Valley, which is always a warmer growing region than Lodi." 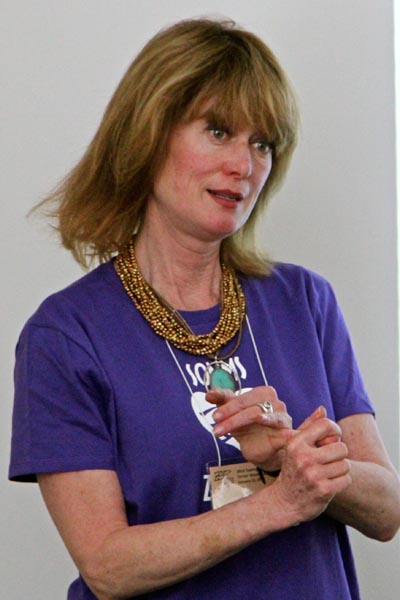 To some extent, this also goes for Zinfandels from Amador County and the Sierra Foothills AVA. Tegan Passalacqua, Turley's current head winemaker, talks about the "fine grained granitic tannin" as well as "rose petal and zest of orange peel" he finds unique to Zinfandels grown in the Foothills. "It's a great example of how erroneous the assumption is – that anything east of Napa is 'warm climate.'" Which is not to say that lusty, ripe, high alcohol Zinfandels aren't produced in Lodi or the Foothills – these qualities are typical of Zinfandel picked at higher sugars in virtually all of California’s wine regions. It's just that, generally speaking, winegrowers who actually farm these regions will tell you that the leaner, more restrained Zinfandels are more likely to come from vineyards east, rather than west, of Napa.

In seminars conducted in the TERROIR segment of the most recent ZAP (Zinfandel Advocates & Producers) Experience in San Francisco this past January, some of California's top sommeliers presented Zinfandel from their own perspective: terroir (i.e. "sense of place"), and regional differentiations. 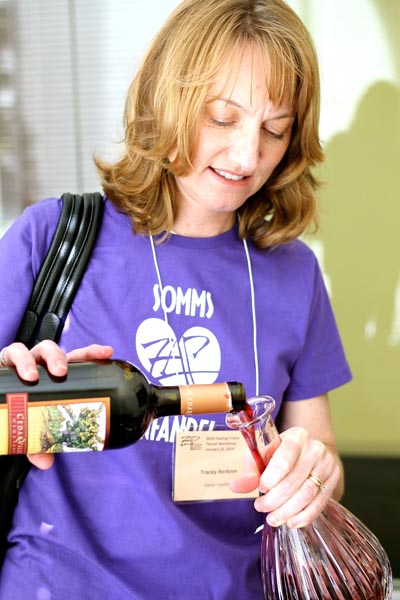 Almost the opposite of these aggressively jammy fruited Sonoma styles were the Zinfandels from Lodi, presented by a Master Sommelier named Catherine Fallis, of planetgrape.com. Commented Fallis, on wines like the Harney Lane's Lizzy James and McCay's Trulux: "These Zinfandel styles are not punchy… they rely on more of a subtle, balanced, grounded intensity, very much a reflection of Lodi's steady, dependable Mediterranean climate… complex and characterful in their own way."

Rob Renteria, the sommelier at San Francisco's La Folie, invited Bill Easton, the owner/winemaker of Terre Rouge and Easton, to help draw a picture of Amador County: where you find "elevations from 500 to 2,300-ft., and 30° to 35° temperature swings that allow for good acidity." Typifying the extremes, the Easton Rinaldi Zinfandel, produced from 100 to 120-year old vines, came across as lean and sinewy, with a touch of rustique – rich in varietal berryishness, but in not nearly an obvious way as Zinfandels from Sonoma or Napa.

Sommeliers may work in fancy restaurants, and winemakers in dusty fields and grungy cellars. But both sommeliers and winemakers agree: terroir provides a great deal of diversity in California Zinfandels – more than enough to suit most everyone's varying tastes and culinary needs. Whether you prefer the leaner, more restrained, often earthy styles grown in Lodi or the Foothills, or the classic, old, big alcohol, ultra-ripe styles of Napa or Sonoma, the important thing is appreciating these Zinfandels for what they are – not what some people are telling you they're supposed to be. 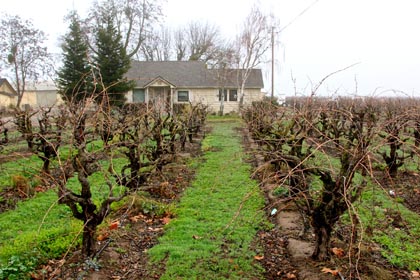