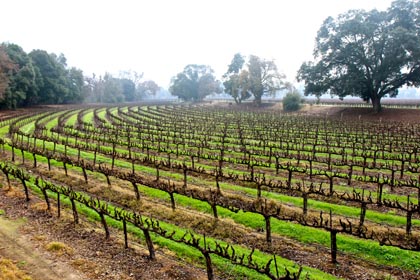 Lodi wine country during the foggy days of January

This week Zinfandel Advocates & Producers (a.k.a. ZAP) hosts its twenty-fourth annual “Experience” in San Francisco (on January 28), attended by thousands of avowed Zinfandel enthusiastss. 2015′s chosen theme: “Zinfandel is a rising star – reach out and grab it.” 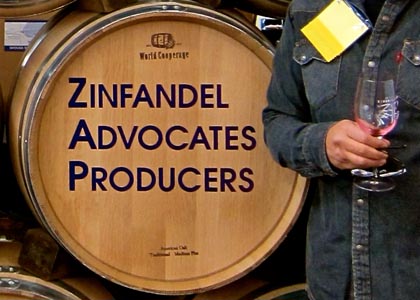 For many reasons, you can probably also say the same thing about about Lodi: as a winegrowing region – easily the largest (in terms of acres of wine grapes planted) in the U.S. – the Lodi AVA is a rising, and increasingly accessible, star.

1991 was the year when ZAP as well as the Lodi Winegrape Commission – a consortium of Lodi growers and wineries – were established; both for the express purpose of expanding appreciation of, respectively, the Zinfandel grape and the Lodi winegrowing industry. Both organizations have been highly successful, and now stand as benchmarks on how to establish the reputation of a wine related entity.

24 years ago, many heritage Zinfandel vineyards in California – some planted as far back as the 1860s – were in danger of being pulled out in face of the increasing popularity of other fine wine grapes (Cabernet Sauvignon, Chardonnay, Merlot, et al.) and the inevitable dip in the “White Zinfandel” craze. ZAP played a huge part in reviving consumer interest in red wines made from “old vine” Zinfandel growths; thus heading off practical business decisions to replace ancient Zinfandel plants with more profitable grapes or other agricultural products.

Make no mistake, though: each year ancient Zinfandel vines everywhere in the state are still being uprooted – permanently vanished from the earth. But if Zinfandel wasn’t such a popular premium wine, capable of fetching as much as $45 to $85 a bottle, this situation could have been much, much worse.

24 years ago Lodi wine grape growers were also in some danger. With overwhelming competition from not only elsewhere in the U.S. (wine grapes are now grown in every state of the union!) but also around the world, Lodi’s growers were faced with a very real possibility of grape prices dipping below the cost of farming. Old-time farmers don’t like to talk about it, but the sad fact of the matter is that some of them still can recall when certain vineyards went unpicked – grapes suddenly not worth the cost of harvesting! 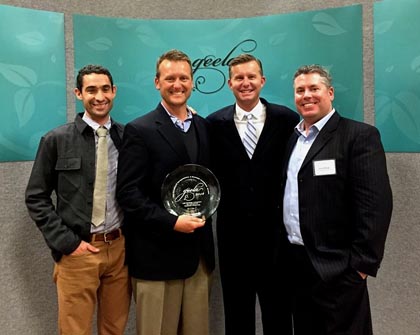 The Lodi Winegrape Commission was formed to, essentially, beat back the possible demise of an industry that has played a major part in the region’s agricultural industry since the late 1850s. One of the first agendas: an aggressive campaign to get wineries to put “Lodi” on bottle labels. Sounds like a simple, self-evident proposition, but 24 years ago virtually nobody put Lodi on a label: the region (i.e. the quality of the wine grapes) was not considered worthy enough – certainly not enough of an incentive for consumers at the point of sale.

Slowly but surely, though, wineries were convinced through the Lodi Winegrape Commission’s persistence that a Lodi appellation could and can add to a bottle’s perceived value. The establishment of seven sub-AVAs helped to solidify knowledge and perception of Lodi as a region of quality, and the roll-out of Lodi Rules™ for Sustainable Winegrowing underlined the region’s leadership in an area with positive industry-wide repercussions.

As a result of these multi-faceted efforts, slowly but surely the value of growers’ grapes began to stabilize and eventually increase to more than acceptable margins. As of 2015, the Lodi winegrape industry has grown to well over 103,000 planted acres (nearly as much as Sonoma County and Napa Valley combined) and just over 80 wineries.

Lodi may be looking a little pretty today, but it’s taken over 24 years to achieve that look. As Mae West once said, “Anything worth doing is worth doing slowly.” Last week Lodi was one of 12 recipients of the 2014 Governor’s Environmental and Economic Leadership (GEELA) award for our region’s sustainability efforts through Lodi Rules™ for Sustainable Winegrowing program. 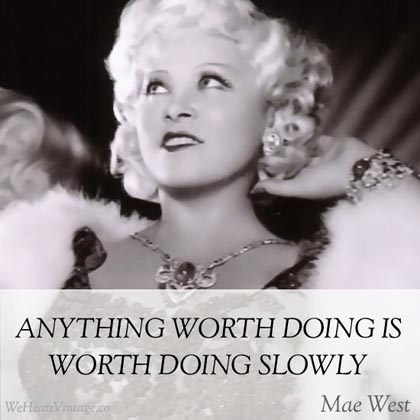 Over the past year, media, trade and consumer awareness of the quality of Lodi’s grapes and wines has expanded further. In blind tasting competitions – locally (California State Fair, Los Angeles International, San Francisco Chronicle, et al.) as well as nationally (Denver International, Florida’s American Wine Competition, etc.) – Lodi wines continue to rack up Gold Medals and “Best of Class” and even “Best of Show” honors, despite the explosive plethora of wonderful wines now being produced in seemingly every corner in the U.S.

More importantly, wines like the Lodi Native Zinfandels are finally establishing the fact that the region can produce wines that taste uniquely and distinctly of “Lodi.” This will be the next level for the Lodi as a winegrowing region: to become distinctive enough that we no longer need to be compared to other regions – defined by wines can and should be appreciated for qualities that come only from Lodi, and nowhere else in the world. This is when a wine region becomes “great.” Why not? 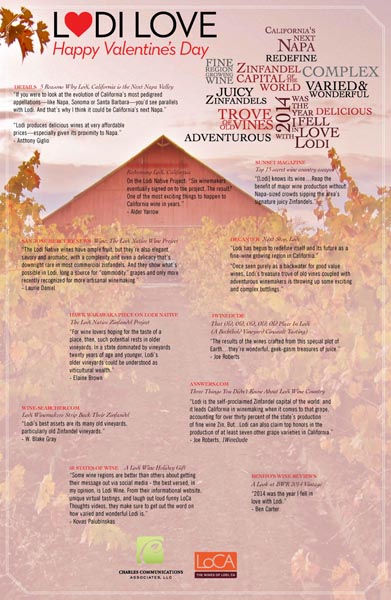