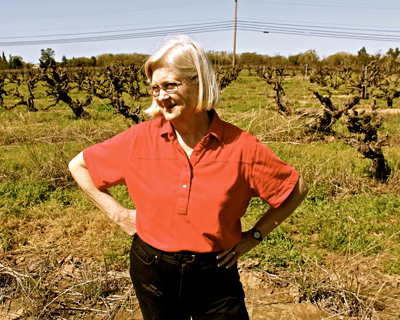 Klinker Brick Winery owner Steve Felten has recently aligned his farming operations with two of Lodi's more enterprising women-growers: Jean Rauser, the owner of Rauser Vineyard in the Victor area, east of the town of Lodi; and Antoinette Celle, owner of Celle Vineyard located at the southernmost edge of the Lodi Viticultural Area, near Linden.

It's a smart move, because Klinker Brick has just released two of the most unique red wines grown in Lodi – in all of California, for that matter. 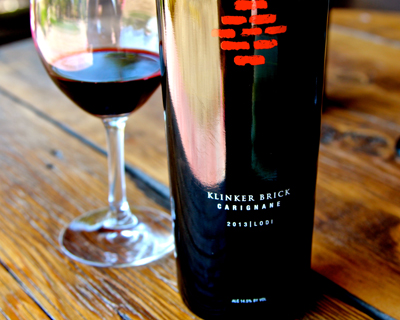 Mr. Felten, and his longtime winemaker Joseph Smith, are particularly excited about their first-ever release of a varietal red made from the Carignan grape. There's nothing really unusual about Carignan per se – thirty, forty years ago it was the most widely planted black skinned grape in San Joaquin Valley and California, popular for the production of old-time generic wines like "Burgundy." Says Mr. Smith, "Carignan is more acid driven than grapes like Zinfandel, which is why it is a great blender, but never really turned into a stand-alone varietal. Ours comes from special vineyard, which is why we're excited about it."

The wine Smith is excited about is the 2013 Klinker Brick Lodi Carignane ($25), bottled under their limited-production, "Diamond" series (with diamond shaped red bricks engraved on the bottle). The vineyard he is referring to is Rauser Vineyard – 8 acres of ancient, gigantic, head trained, own-rooted Carignan vines, originally planted in 1906.

Klinker Brick's Carignan bottling is a purple tinged ruby-red, evincing a bright, compact black cherry aroma tinged with black tea, the slightest hints of leather and earthy, scrubby, dried sage notes; tasting thick, zesty, layered, and medium-full without being heavy. In fact, says Smith, "The wine is easy to drink, despite its intensity. The only oak it sees are older, neutral barrels because we want to show it without the 'makeup' – we want the vineyard to shine through."

The Rauser Vineyard is in the center of one of Lodi's more rarified neighborhoods for single-vineyard ancient vine bottlings; couched in a bend of the Mokelumne River where the soil is the deepest and sandiest. Jean Rauser's 1906 planting is surrounded on two sides by own-rooted Zinfandel dating back to 1915 or 1916: the Kirschenmann Vineyard owned by Turley Wine Cellars winemaker Tegan Passalacqua, Michael McCay's Lot 13, the Schmiedt family's Dairy Vineyard, and the Katusha Vineyard recently acquired by Morgan Twain-Peterson of Bedrock Wine Company. 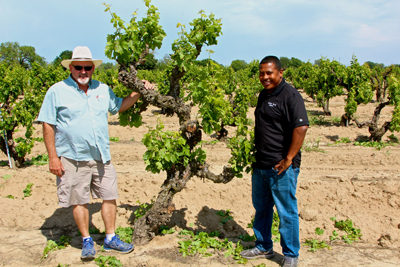 Mr. Felten tells us, "We didn't put 'Rauser Vineyard' on the bottle, although we should. This is our first vintage, from the first year that we took over the farming. We're still figuring how much of the vineyard we want to use for rosé, and how much we want for red wine. If all goes well – and I suspect it will – in 2014 we'll call it Rauser Vineyard Carignane."

Adds Smith, "We've been picking about 60% of the vineyard for our rosé program, but that may change in the future. The difference is, grapes for pink wines are usually picked in late August at about 19.5° Brix (i.e. sugar readings), and Carignan grapes for red wine aren't usually picked until late September, at about 24.5°."

Woman on a mission 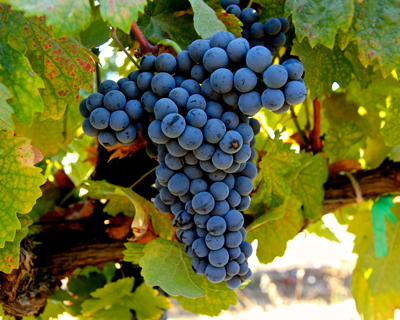 Felten and Smith are equally excited about the release of their second vintage from Antoinette Celle's vineyard: the 2013 Klinker Brick Lodi Dolcetto ($25). This is a more recent planting – 3.5 acres of Dolcetto grapes put on trellis in 1997 – which, like the Carignan, sees strictly neutral oak to show off the unique charms of this Italian grape, which Smith describes as having "the thickiest, inkiest dark skin imaginable."

The Klinker Brick Dolcetto socks you in the nose with a fistful of blackberry liqueur-like fruit, which is manifested on the palate in a medium-full body mobilized by zesty natural acidity and fairly dense, compacted tannin phenolics. The feel is ultra-dry and full, yet the fruit pushes on through like a wave, and the wine ends up tasting surprisingly upbeat, almost light on its feet despite the dense tannin.

Never heard of Dolcetto (pronounced dole-CHET-toe)? Welcome to the club. Dolcetto is a black skinned grape native to Northern Italy's Piedmont region. As far as we know, Ms. Celle cultivates the largest single planting of the grape in California; but not because the grape doesn't have its charms, but because no other growers want to wrestle with the variety's notorious reputation as a stubborn ripener – it is always just about the last variety to bud and bloom, the last to see veraison (i.e. change color from green to black in mid-season), and the last to ripen.

But for Ms. Celle, the grape's stubbornness is its strong suit. She tell us, "It has been my mission in life to introduce Dolcetto to more people in the U.S. I truly feel that this is the wine of the future. Dolcetto is one of the few grapes with thick enough skin to hold up to the rigors of late ripening, especially as we begin to see more climate change."

Question is, what, or who, is the most stubborn – the grape or the woman? Ms. Celle's vineyard is the sole vineyard in an area which, although part of the Lodi AVA, is thoroughly dominated by the walnut, pecan and stone fruit industry. Her little vineyard (which also includes 2 acres of Petite Sirah) is practically hidden among miles and miles of towering trees. 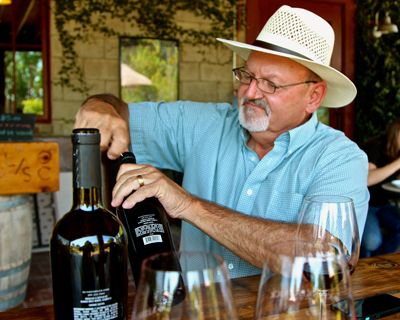 Ms. Celle tells her story: "My mother is originally from Carrù (a province in Piedmont). While living on this property (totaling 54 acres), she and my father used to travel back and forth to the old country. Some time during the 1960s, I think, my father brought back cuttings of Dolcetto in a suitcase, and planted it around the house. When I inherited the property in 1994, I found 12 plants. We had more, but they were accidentally mowed by some caretakers who didn't know what they were.

"It was after my parents passed away that I developed my own interest in wine grapes, and planted the vineyard in 1997. I understood these grapes to be Dolcetto, but some people had their doubts. Paul Verdegaal (San Joaquin Valley's Farm Advisor for University of California's Cooperative Extension) took a look at our first harvest in 1999. He took grape and leaf samples to Dr. Andy Walker (of University of California's Plant Breeding Center), who took one look at it and said, 'This is not just Dolcetto, this is Dolcetto di Dogliani,' which is considered to be the oldest and finest of the 12 or so types of Dolcetto known in Italy."

According to Ms. Celle, it took a while before others in California began to appreciate what she has. "I was determined to grow these grapes, but really didn't know what to do with them – I even made jams from them, the first few years. But a few home winemakers began to talk about it, and a buzz was circulated in their newsletters. Marty Bargetto (of Bargetto Winery), and later Cosentino Winery, showed some interested in them, but I've been happier that Klinker Brick is now producing a red wine that we can all be proud of."

Think about it: If Dolcetto, as Ms. Celle boldly anticipates, ever becomes fulfills its promise as "the wine of the future," Lodi's own Antoinette Celle will indeed become California's "Godmother of Dolcetto." 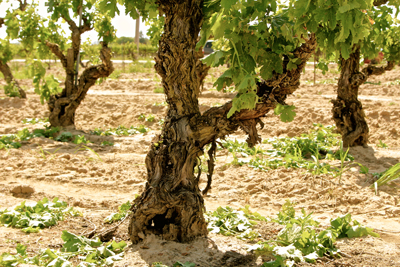