Is Lodi Zinfandel the most food versatile wine in the world? 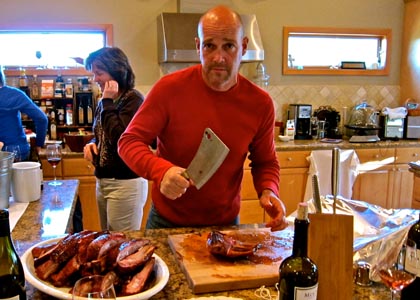 Zinfandel is far, far more food versatile wine than you may think…

But it wasn’t always like that.  Just twenty years ago the country was still awash with pink colored “White Zinfandel,” and obsessed with Chardonnay, Cabernet Sauvignon or Merlot.  So much so that many of California’s mainstream wineries went so far as to drop red Zinfandel from their lineups – often opting to sell it as a pink wine instead! 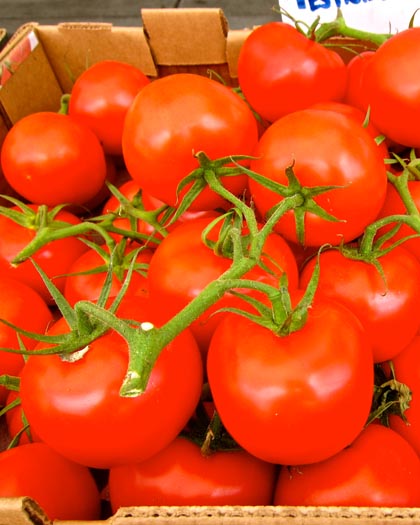 This may have been good thing, as it turns out, because all it did was dramatize the inevitable resurgence of true red Zinfandels; especially towards the end of the nineties, when consumers suddenly “rediscovered” the beauty of the grape’s black skin, and zin-thirsty wine lovers began to flock to events like ZAP (the Zinfandel Advocates & Producers tastings, attended by thousands each January in San Francisco).

Going back even before zin’s pink heyday (remember, white zin wasn’t officially “invented,” by wineries like David Bruce and Ridge, until the late sixties, before being incarnated as a fruity pink wine by Sutter Home in the late seventies), Zinfandel was always a red wine, championed by winemakers like August Sebastiani and Louis Martini.  The old guys liked their Zinfandel fairly light, soft and restrained, but also with zesty natural fruit qualities practically begging for tomato sauced spaghetti.

But let’s not sell the old zins short. It’s good to have wine that compliments spaghetti; not only that, but also fettuccine tossed with mushrooms and Parmigiano, or linguine with clams, mussels, tomato, garlic, and earthy, grassy Pecorino. This is where the lighter, snappier styles of olde – still championed by the likes of Lodi’s Peirano, Barsetti, and Van Ruiten Family wineries, and with more contemporary, oak nuanced flourishes by McCay, Lucas, and Heritage Oak – can really shine.

But let’s face it:  in recent years consumers have been more and more taken by Zinfandels picked later in the season, when the grape sugar content is higher and the varietal fruit qualities dialed into the max:  resulting in purple mountained reds gushing with jammy red or black fruit qualities, mixed with exhilarating whiffs of spice and smoky oak, like intoxicating fires of autumn.  The strength – or drawback, depending upon your taste – of these styles is that the alcohol levels usually top 15% or even 16%, making them as big as any wine in the world (in that sense, comparable to Australian Shiraz, Italy’s Amarone, or Spain’s Priorat DOQ reds).  Love ‘em or leave ‘em. 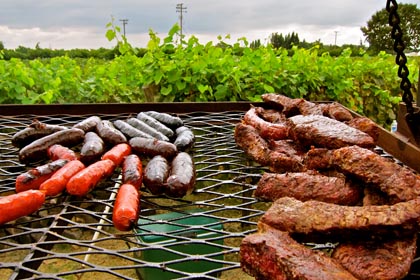 Who says big zins are difficult matches for food?

If you like the ultra-intense, thickly textured style of Zinfandel, you probably need to adjust your food preferences as well; away from pasta primavera, and more towards heavier, meatier, fattier, and often intensely spiced dishes.  This is where Zinfandels bottled under Michael-David’s Earthquake or Lust labels, or any of Macchia’s single vineyard bottlings, come in.  While not quite as pedal-to-metal, m2 certainly doesn’t make a shy Zinfandel; and those of Harney Lane, Klinker Brick, Jessie’s Grove, Delicato Family Vineyards’ Gnarly Head and Brazin, LangeTwins Family, and even St. Amant have been known to push the envelope in terms of pure fruit intensity, even if not so much in sheer alcohol. 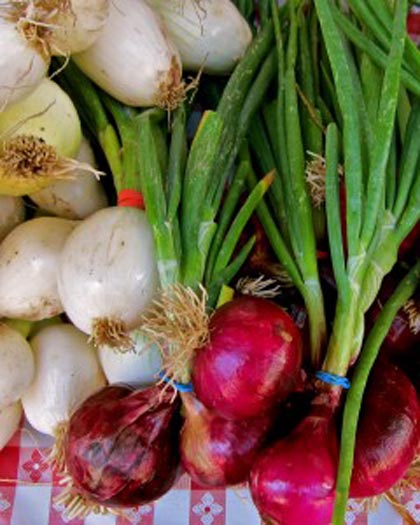 But are bigger, contemporary style zins good enough for food?  We wouldn’t argue if you said that beef is always best with Cabernet Sauvignon, but what’s amazing is how well even the biggest, sweetly spiced Zinfandel goes with roasted prime rib bathed in horseradish tinged natural jus, or a simple charred sirloin doused in Tabasco or lemon pepper.

How about this:  thin slices of beef steeped in soy, palm sugar, sesame, garlic and ginger in the fashion of Japanese, Mongolian and Korean marinades, charcoal grilled or seared on a smoking hot iron, and plopped on steamy white rice and served with pickled vegetables.  This is where contemporary style Zinfandels are so underrated:  it is precisely that aggressive, jammy sweet taste, plus zesty  and peppery spiced concentration, of many of today’s Zinfandels that allow them to go where no Cabernet Sauvignon can ever go on the table.  Reds made from Bordeaux grapes go great with beef; but dress that beef in strongly fusionist or Asian style flavors, or even American style, ketchup based barbecue sauces, and Zinfandel trumps Cabernet, Merlot, and even Pinot Noir or Syrah almost every time.

It is also often said that lamb calls for Cabernet Sauvignon or a classic red Bordeaux.  Take legs of lamb caked with sweet/spicy mustard, lamb chops charred on a grill with chunks of eggplant, or even entire racks coming out of the roaster dripping with buttery bread crumbs and slathered with sweet mint jelly, and all of the sudden black colored, sweetly jammy, peppery spiced Zinfandels pumped up like Arnold make all the sense in the world.

Then there is the “other” white meat; i.e. almost any variation of pork:  from fennel specked Italian sausages to chorizo or linguisa, or else center cut chops pan fried with pungent herbs (like rosemary or herbes de Provence), pork loins stuffed or sauced with fruit, and roasts or rolls of tenderloin smothered in wine, herbs, or even zesty barbecue sauces.  Big fruit zins and pork make such effortless partners, you’d have to be either sensory-dead or a hopelessly effete snob to say that today’s more extravagantly scaled Zinfandels don’t make good “food” wines.

Especially when, in fact, they make just about the most food versatile wines in the world! 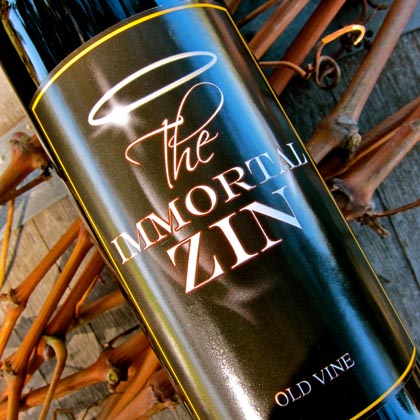 Some thoughts on cooking for today’s style of Lodi grown Zinfandel: 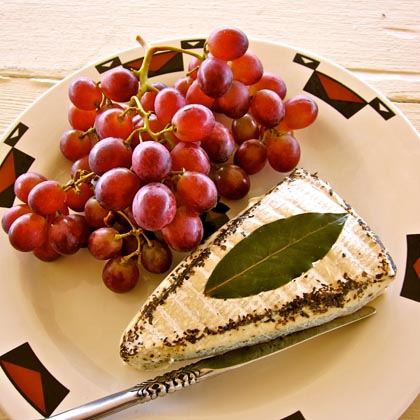 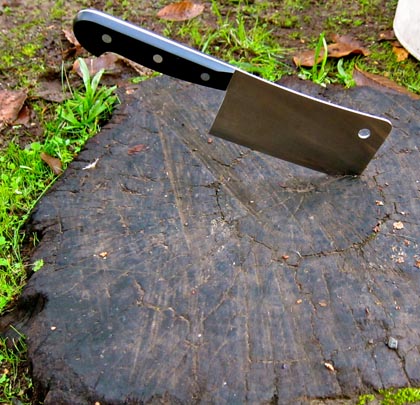