How warm (or cool) is Lodi? 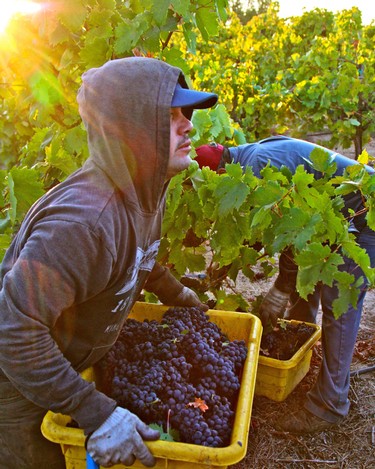 Taking Lodi’s temperature over the past century

There are things about the Lodi Viticultural Area that are not exactly common knowledge among wine lovers. 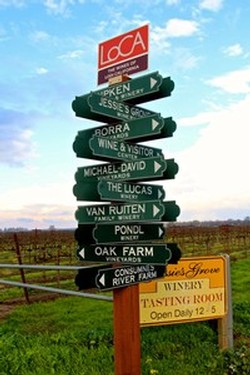 The growing of wine grapes in this Delta region, for instance, dates back to the 1860s. Yet Lodi is still considered an “up and coming” wine region. Fair enough. Although Lodi is easily the largest wine grape growing region in the U.S. in terms of acreage (table grapes and raisins play almost no role in Lodi’s viticultural industry), top quality varietal wines that say “Lodi” on the label didn’t actually appear in the market until the late 1990s. In that sense, Lodi is very up and coming.

Because of Lodi’s relative newness, there are still some mistaken assumptions about the region’s terroir – or growing conditions (which include human input and circumstances) that have a direct effect on the quality of resulting wines – floating about among consumers, and even among wine industry people in other parts of the state. That’s okay – all “new” wine regions take some time getting used-to.

One of the most common misperceptions is that Lodi is a “hot climate” wine region. When you look at a map, and see that the Lodi AVA occupies the northern section of California’s Central Valley, it stands to reason to think that Lodi is a much hotter growing region than, say, coastal regions between Mendocino and Santa Barbara. Lodi grapes grow in blistering desert sands, don’t they?

If that’s the case, it’s a wonder that Lodi produces perhaps the most refined, delicate Zinfandels in California; or Cabernet Sauvignons, Petite Sirahs, Chardonnays, and even Albariños, Cabernet Francs, Syrahs and Tempranillos that routinely win “Best of Class” awards in yearly wine judgings such as California State Fair and San Francisco Chronicle Wine Competition.

This constantly happens, but not because the wine world is full of miracles and flukes. It is because Lodi’s climate is not like the rest of Central Valley.

If anything, the region Lodi resembles the most in terms of climate is Napa Valley; particularly vineyards in the vicinity of this region’s famous sub-appellations of St. Helena, Rutherford and Oakville. Longtime connoisseurs of Napa Valley wine might consider this preposterous, or a gross exaggeration; yet the facts bear this out.

All you need do is compare the temperatures in the table below, showing the average highs (day-time) and lows (night-time) of Lodi and comparable regions in degrees Fahrenheit; during the months of March through October, which is the period of time when grape vines are active (from bud break to harvest).

These figures reflect the average high and low temperatures recorded by the Western Regional Climate Center over the past 122 years:

The figures above reveal a number of things:

• On average, Lodi is a tad warmer than mid-Napa Valley and mid-Sonoma County between May and August, but usually finishes about even during the harvest months of September and October (although today, white wine grapes are commonly picked in August in Napa Valley and Lodi, and in many parts of Sonoma County).

• Throughout the growing season regions such as Sonoma County, Napa Valley and Paso Robles have lower night-time temperatures than Lodi.

• Lodi has slightly more moderate diurnal swings (i.e. day vs. night temperatures) than Sonoma County and Napa Valley – one of the factors (among others) that contributes to soft, fragrant, fruit focused qualities of Lodi grown wines.

• Paso Robles has the most extreme diurnal swings; both hotter and colder than Lodi and other regions throughout the year, and especially in July/August – conditions that contribute to the ripe, lush qualities balanced by good natural acidity (preserved by cool night temperatures) in typical Paso Robles wines.

• Fresno is more representative of Central Valley temperatures, which are markedly higher during the day and night than Lodi and the other coastal regions cited.

• Santa Maria Valley in Santa Barbara County is typical of colder climate regions with extreme proximity to the moderating effects of the ocean (within 25 miles); having a combination of very narrow diurnal swings plus significantly lower day/night temperatures.

In fact, the softer, fragrant qualities of Lodi reds are often ascribed to the combination of the region’s relatively dry, moderate Mediterranean climate, its relatively modest diurnal swings, and a plethora of sandy loam soils on fairly low (0 to 300-ft.) topography, with minimal sloping. By comparison, the topographies and climatic pockets of Napa Valley, Sonoma County, as well as Santa Barbara and Paso Robles are considerably more complex and varied to dramatic degrees; although Lodi’s seven sub-AVAs (see The expansion and controversial division of Lodi) are indeed based upon soil driven differentiations. 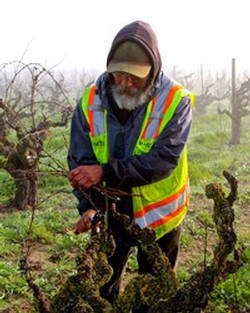 Within the wine industry, the prevalent way of looking at climate is in terms of the Winkler scale – also called the "heat summation" system, or "degree day classification" – originally devised by U.C. Davis’ A.J. Winkler with Maynard Amerine during the 1940s. The Winkler scale classifies climates into five regions, based upon accumulation of “degree days.”

Degree days are calculated by the amount that each day’s average temperature exceeds 50° Fahrenheit, between the growing season months of April and October. The reason why Winkler’s heat summation is based upon 50° F. is because at temperatures lower than this, grape vines do not effectively photosynthesize. In other words, during nights when the temperatures are hitting 49°, 45° or lower, vines become inactive.

Grape vines also shut down at high temperatures (above 95° F.), in high winds (daily in some regions) and during extreme periods of water deprivation. But for Winkler’s purposes, climate conditions based upon heat summations above 50° F. are classified in the following way; with the coldest Region (I) having the fewest degree days, and the warmest Region (V) having the most:

Where does Lodi stand on the Winkler scale? When you look at the table below and examine the average number of degree days accumulated in Lodi compared to other regions in recent years, you can see how much each region’s climate can vary from year to year, and what they average out to in the larger scheme of things. This is just one (albeit the most recent) snapshot, but here are the Winkler scale readings gathered over the past five vintages by stations monitored by the California Irrigation Management Information System: 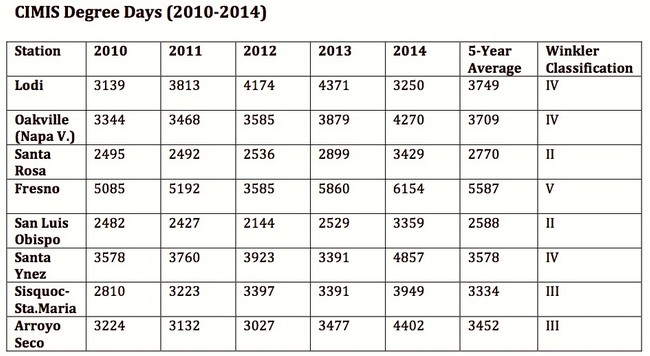 What the CIMIS information shows is that even regions that are normally much cooler than Lodi can occasionally experience hotter growing seasons; such as the extremely coastal San Luis Obispo (Edna Valley and Arroyo Grande Valley), as well as Santa Barbara’s Sisquoc (in Santa Maria Valley) and Santa Ynez Valley in 2014. This is the impact of regional vintage variation – and why growers and winemakers always say Mother Nature still has the last word (although Global Warming is another growing concern).

The CIMIS data from the past five vintages also shows that, in recent years, Lodi’s climate has been only marginally warmer than mid-Napa Valley’s, notwithstanding year-to-year fluctuations.

Generally speaking, regions like Arroyo Seco in Monterey, Santa Barbara’s Santa Maria Valley, San Luis Obispo, and much of Sonoma County (near Santa Rosa) experience cooler vintages than Lodi, despite anomalies in this particular 5-year snapshot. Fresno, on the other hand, is consistently much hotter. Lodi is “Central Valley” only in a political sense; certainly not climatically.

Still one more way to grasp Lodi’s climate is through the lens of Sunset Magazine – the self-described “Guide to Living in the West.” This magazine has always furnished highly detailed, time honored advice on how to garden in the Western U.S., based upon all the known variables pertaining to length of growing season, timing and amount of rainfall, winter lows, summer highs, wind, humidity, latitude, altitude, and so forth.

Therefore we also find it interesting that out of the 20-plus specific climatic zones into which California is divided by Sunset’s professional gardeners (please visit Sunset Climate Zones online), Lodi is fixed squarely in Zone 14. According to Sunset, Zone 14 encompasses “inland” areas moderated by “marine air” – especially those influenced by the “opening in Northern California’s Coast Ranges created by San Francisco and San Pablo bays.”

Other regions classified as Zone 14?  Most of the Sacramento-San Joaquin River Delta between Pittsburg, Sacramento and Stockton; most of Napa Valley between the cities of Napa and Calistoga; the valley areas running through Sonoma, Santa Rosa and Healdsburg; in Mendocino, most of the areas near Ukiah and east of Boonville; and in the Central Coast of California, the hills around Paso Robles, the Salinas Valley south of Soledad, and most of the areas near Santa Barbara County’s Santa Ynez and Solvang.

The decidedly warmer thermal belts in the Central Valley area south of Modesto, on the other hand, are classified in Sunset’s Zones 8 and 9.

For a gardening authority like Sunset, these zones are matter of practicality: If you wish to know what best to grow and how, then you need to understand where your region stands climatically in comparison to other regions. Anyone who has been “stuck” in Lodi’s mild Mediterranean climate knows this. Soon the rest of the world of fine wine will, too.