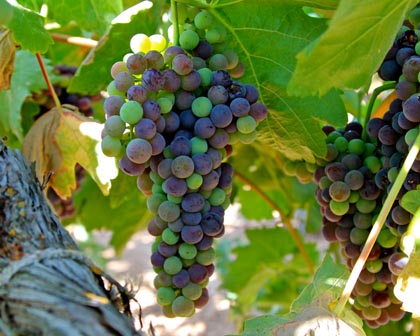 As cold weather continues to drive us into the kitchen, now is as good a time as any to talk about one of the most culinary wines of all: red wines made from the Tempranillo grape. 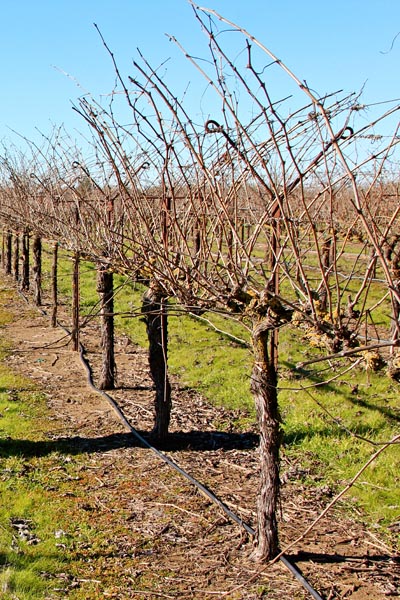 Tempranillo is the major black skinned grape of Spain, where it's been cultivated for over 2,000 years. Consequently, in its native Spain, it has evolved into a multiplicity of clones, and became known by numerous different names over the centuries: Tempranillo in Rioja (perhaps the most important region for the grape in Spain), Tinto Fino or Tinta del Pais in Ribera del Duero (where the grape reaches a peak of intensity and complexity), Tinta de Toro in Toro, Ull de Llebre in Catalonia, Morisca in Extremadura, and even more nomenclatures in regions like Penedès, Navarra and La Mancha.

Tempranillo is also grown in Portugal; where it is known as Tinta Roriz as well as Aragonez, and goes into blends of both sweet red wines (i.e. Porto) and dry table reds.

Although there is every reason to believe that Spanish Conquistadors brought Tempranillo to the New World as early as the seventeenth century, the first significant plantings of the grape in California – now identified as the Valdepeñas selection – was probably dessiminated from University of California's Jackson Field Station in Amador County some time during the 1860s. But because Valdepeñas was never a superior selection (still dominating Central Valley plantings south of Lodi), it would not be until the 1990s when higher quality clonal selections became available to California growers, that the grape would finally begin to capture the interest of more serious wine lovers.

Among California's leading contemporary progenitors of new, improved Tempranillo has been Lodi's own Markus Bokisch of Bokisch Ranches, who introduced his own mix of clonal material (a selección massal, as it were), sourced directly from Spain, in the late '90s; planting them in his Las Cerezas Vineyard in the Mokelumne River AVA, as well as in the rockier clay loam of his Liberty Oaks Vineyard in Lodi's Jahant AVA.

It is has been in subsequent Bokisch Vineyards bottlings of Tempranillo that we have a seen a steady progression of red wines duplicating many of the qualities of the finer Tempranillo based red wines of Spain: aromas of red berries (strawberry/cherry/blackcurrant) and plums mixed with notes of tar, red licorice, touches of tobacco leaf and raw or smoked meats; combined with a palate feel evincing the moderate acidity typical of the grape, steeped in fluid, smoothly textured flavors coming across as deep and dense despite fairly round, moderated tannin (Tempranillo is not nearly as full, hard or dry in tannin as Bordeaux type grapes such as Cabernet Sauvignon or Malbec, yet tends to be denser and fuller in feel than other French varieties such as Pinot Noir). 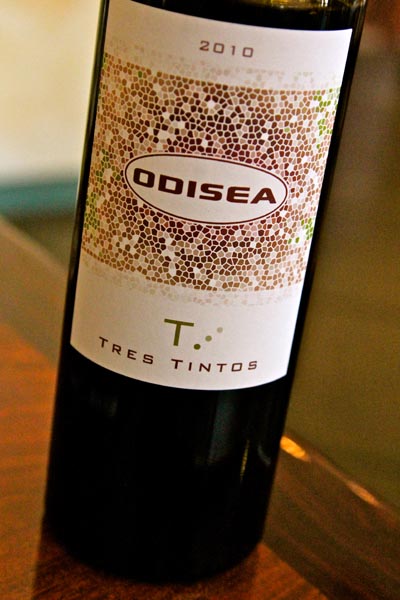 Today there are a number of other Lodi based wineries producing Tempranillo of true varietal distinction: Alta Mesa, m2 and Fields Family probably top this list; although Peirano, Hunters Oak, Dancing Fox, Ripken, Riaza, Jeremy and, most recently, Egan Cellars have been right up there with them. A number of other non-Lodi wineries are also producing first class Tempranillo from Lodi grown fruit: most notably, Odisea, Martella, Fenestra, Jeff Runquist, Quinta Cruz, and Lee Family Farm. It's hard to go wrong with any of these brands!

But that's Tempranillo, the wine. Then there's the side of Tempranillo that makes it seem more like its own food group rather than a wine type. That is to say, the grape's amazing ability to be transformed into something even more special when enjoyed in the context of two types of food sensations:

One of the most exquisite culinary matches for Tempranillo is braised lamb with saffron: the latter, that wild, indescribably pure, organic seasoning derived directly from the stigma of the crocus flower, familiar to most of us as the elemental spice used to make Spanish style paella or Southern French style bouillabaisse. The sensation of saffron has been described in many ways: like sea water, citrus peel, burnt hay, roasted clove, warm humus, dusty velvet, sun dried fruit, wet wool, and last but far from least, sex or perspiration. Saffron, in short, brings Proustian smiles to most people, especially wine lovers who enjoy wines that suggest earthier rather than overtly fruity aromas and flavors.

In other words, saffron stimulates thirst and appetite; especially for dishes such as the following Middle Eastern inspired recipe for saffroned lamb shanks, which can be done in a pressure cooker or Dutch oven: 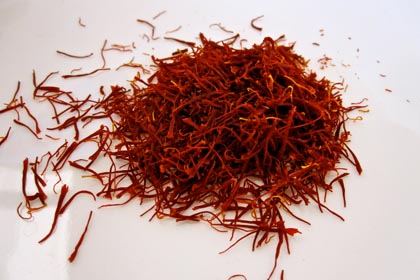 Utilizing large pressure cooker: Season the lamb shank with salt and pepper. In a large frying pan, add olive oil and brown lamb shanks on all sides; remove and set aside.

In pressure cooker, sauté onions with olive oil until translucent in color. Add back lamb shanks and season with cinnamon, cardamom powder, turmeric, salt and pepper. Add water (or stock), the liquid saffron, and tomato paste.

Cover pressure cooker and cook on low heat for 30 minutes. Before removing lid of pressure cooker, make sure that all the steam has been removed to safely open the pot. Serve with saffroned or yellow rice.

Utilizing large Dutch oven: Preheat oven to 350° F. Season lamb shanks with salt and pepper. Heat Dutch oven with a tight fitting cover on medium high heat on the stovetop. Add the olive oil and brown lamb shanks on all sides; remove and set aside.

In Dutch oven, sauté onions with olive oil until translucent in color. Add back lamb shanks and season with cinnamon, cardamom powder, turmeric, salt, and pepper. Add water (or stock), the liquid saffron, and tomato paste; then bring to a simmer. Remove from heat, cover the pot and bake in the oven for 90 minutes to 2 hours, or until shanks are tender. Serve with saffroned or yellow rice. 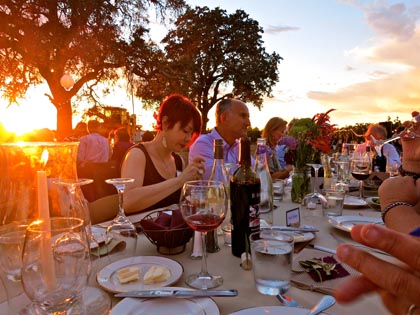