Borra Vineyards takes a bow for their stunning Fusion Reds 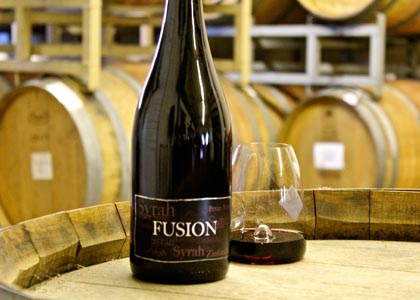 Borra Vineyards grower/proprietor Steve Borra has always cut quite a figure in Lodi’s winegrowing circles, with his signature cowboy hat and crusty handlebar mustache – he even walks into a room with a rider’s bowed gait.

Then again, these days Mr. Borra has a lot to take a bow for; especially since last week’s very public announcement that the 2008 Borra Fusion Red ($19) has been named among the twelve Wall Street Journal Wine Awards Annual Dozen – and we ain’t talkin’ Dirty Dozen… 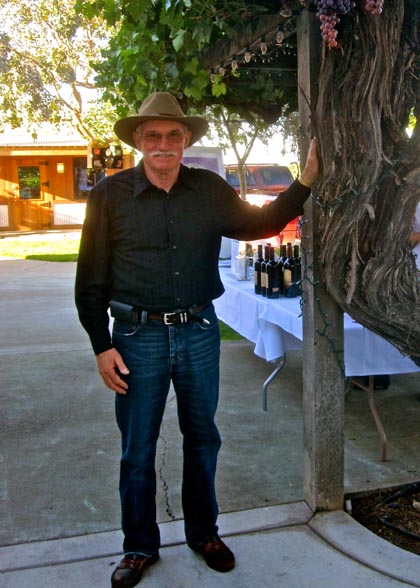 To qualify for this distinction, wineries across the U.S. are asked to submit a sample for a panel of judges headed by Hugh Johnson – unquestionably, the world’s most distinguished wine author – to taste under blind tasting conditions.

For the WSJ 2012 roster, over 800 wines were submitted; and lo and behold, Borra’s “fusion” style blend of Petite Sirah (42%), Syrah (22%), Zinfandel and Alicante Bouschet emerged as one of those twelve.  The judges’ criteria?  Sheer quality, of course; but, as read in the ad printed in the January 7, 2012 issue of WSJ (going out to 1.7 million subscribers), the judges also sought out the “12 smartest wine buys in America.”

What makes the ’08 Fusion so smart?  For a $19 bottle, its intensity of flavor is probably closer to that of a $40 or $50 bottle:  huge amounts of aromatic, wild berryish aromas leading to sumptuously smooth and luxuriously rich flavors suggesting decadent black chocolates soaked in framboise (i.e. honeyed raspberry liqueur).  Nothing complicated, mind you:  just sheer, intelligent, drinkability!

For the record:  this was the second time a Lodi grown wine has achieved this honor (the 2007 Van Ruiten Family Old Vine Zinfandel made the WSJ Annual Dozen two years ago).

Good news/bad news:  as we speak, there are just a few bottles of the ’08 Fusion left in stock at Borra Vineyards, which is a wine club/sold-at-the-winery-only type of operation, despite its lineage as the Lodi AVA’s oldest existing premium winery (bonded by Mr. Borra – a third generation winegrower of proud Italian descent – in 1975).  If you want the mountain, you have to go to the mountain. 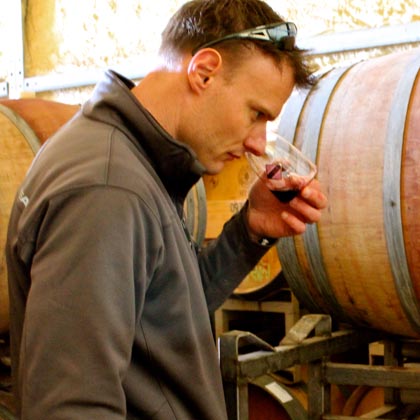 Oh, but you gotta love the good news:  they just released 2009 Borra Fusion Red ($19) is better than the ’08!  In what ways?  Like the ’08, the ’09 has oodles of fast, friendly, intensely perfumed spiced raspberry fruitiness; but its nose is a tad fresher and more focused, its flavors less fat yet just as lush and velvety textured.  Not surprisingly, it is the ’09 that garnered, earlier in the month, a double gold at the prestigious 2012 San Francisco Chronicle Wine Competition in the “Rhône blend” category.

The difference between the 2009 and 2008 Fusions is also in the varietal makeup:  opposite of the ’08, the ’09 is 79% Syrah and only 15% Petite Sirah – the Syrah adding decidedly more finesseful qualities to the blend.  Although the percentages in the ’09 was dictated by the vintage – “it was a miserable year for Petite Sirah,” Borra winemaker Markus Niggli tells us (poop happens for this rich yet tempestuous grape, which also fared poorly in the most recent, 2011 vintage) – virtually all of Borra’s current releases are a testament to Borra’s steady movement towards ultra-premium quality grape growing, not to mention Niggli’s persistent skills as a winemaker.

Put it another way:  Niggli has always believed in a minimalist approach to winemaking, favoring native yeast fermentations and focus on natural fruit rather than heavy use of oak, filtration, additives or other “manipulations” in his wines.  But to do that successfully, you have to start with pure, concentrated, pristinely picked fruit; and in the most recent vintages, Mr. Borra has been working closer than ever with his winemaker to help him achieve that.

To wit, congratulations are in order to the entire family and crew at Borra Vineyards for their stunning achievements in the world of fine wine! 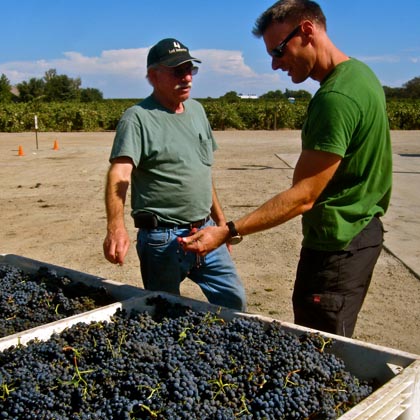