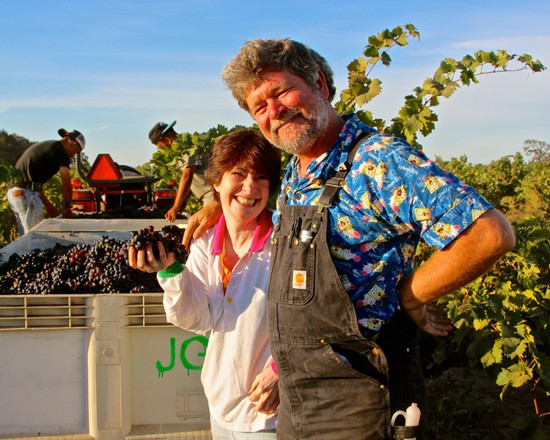 When I met the West Sonoma Coast-based winemaker Greg La Follette some 25 years ago, the first thing that struck me was what a bundle of contradictions he seemed to be. I knew he was known, and highly sought as an industry speaker and consultant, for being a winemaker with a mastery of the science of oenology. Yet everything he did seemed to gravitate towards making wines as "naturally" as possible.

He spoke constantly of doing "unsafe" things in the winery — like "pushing the dragon's tail," I once heard of him say — yet all he could talk about was understanding the science behind it all, which always entailed work done in vineyards, not wineries. As if winemakers ("hose draggers," he likes to call them) were responsible for very little of how wines turned out. 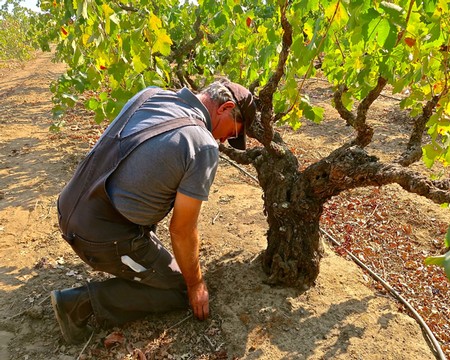 I soon learned, of course, that none of this was a contradiction. Over the years, I learned many things from La Follette. For instance, that winemaking is more a matter of respecting Mother Nature than anything (or anyone) else. That the more you know, the less you do. Yet, the fact that wine is much too complex to render or appreciate in simple, predictable, cut-and-dried ways. Pretty much the opposite of over 99% of other winemakers I've met, who are generally obssessed with putting their personal, formulaic stamps on grapes, and hence their subsequent wines and brands.

This novel approach, of course, was expressed in La Follette's wines, which could be as bewildering as they were compelling. Early on, I wrote this about him:

We like our winemakers to be unique, but not odd. We like their wines to be intense and expressive of something, but not so different that we can't easily compare them to other wines within our points of reference. We even like to talk concepts like "natural" and terroir, but only as long as the ramifications of such are reasonably easy to sell — at least for those of us in the restaurant or retail trade. 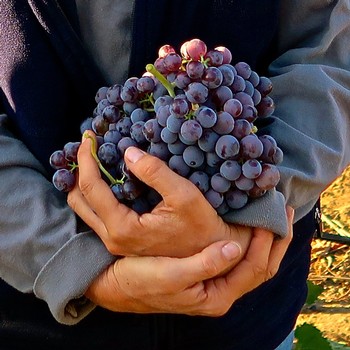 Mr. La Follette's wines were never "easy." I once asked how he reconciles his close relationship with, say, the scientific approach associated with institutions like U.C. Davis with his own reputation for "wild" or unpredictable fermentations. He said:

Davis doesn’t really teach you answers — they teach tools of investigation. They tell you about the good and the bad stuff, wild ferments vs. inoculated ferments, where you can go wrong and where you can go right. Make no mistake, wild fermentation is not practicing safe winemaking, but it can produce more interesting and unusual wine. Wines I call enigmatic, which speak to a sense of place, rather than simple varietal character. 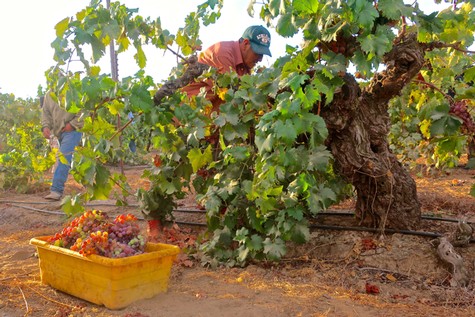 If you are not so much intested in the "varietal" profiles, I also asked, exactly what are you after? He explained:

What I’m more interesting in learning is the language of wine, which is nothing more than the language of vine physiology and yeast cell biology, and the more you learn those particular speeches the better you can speak to those needs.

Wild ferments, for example, can take forever, and often require prayer and occasional interventions. But the advantage is their stress responders. Think of yeast cells as being like athletes — you train them by making them run, not by feeding them bonbons. When the yeasts start to tire, molecular walls start to crumble, and they begin to build macro-molecules that give wines more structure, like steel girders. You also get more attractive mouthfeels, and complex aromas, like the smell of rose petals or roasted meats. 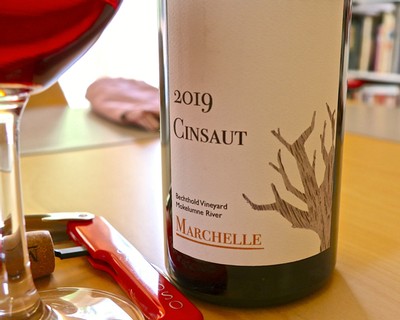 I dug out that last quote because "enigmatic" scents like rose petal and roasted meat were exactly what I found in his latest wine, the 2019 Marchelle Bechthold Vineyard Mokelumne River (Lodi) Cinsaut ($40).

There are about a dozen wineries producing Cinsaut from Bechthold Vineyard, the oldest continuously farmed vineyard (originally planted on its own roots in 1886) in Lodi's Mokelumne River appellation. Some of these producers are quite prestigious (particularly Turley Wine Cellars), extremely well known from a commercial standpoint (Lodi's Michael David Winery), or are the essence of boutique style handcrafting (Lodi's McCay Cellars and Fields Family Wines). But I'm not too sure if anyone has captured the soul of the vineyard quite as thoroughly a La Follette. Perhaps because he is precisely the type of winemaker who is not interested in putting a personal stamp on the wine. He doesn't want a Bechthold-grown Cinsaut to be anything but itself. 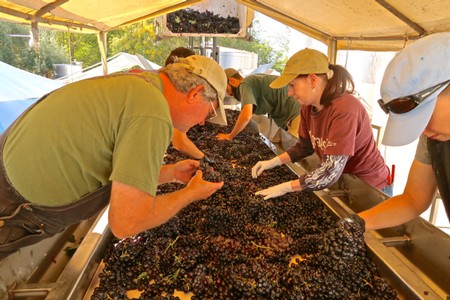 Which is, as you find in La Follette's 2019 Marchelle, something that suggests the plethora of aromas one might sense in the vineyard by standing in the middle of it and, simply, breathing in its physical essence: the nostril-clinging dust of its ultra-fine grained sandy loam, the pungent scents of the nearby grove of ancient valley oaks or dairies in the farther distance, the ceaseless Lodi summer sun beaming down on the herbaceous green leaves and driving sugars into the clusters, which end up as plump as table grapes yet coated in soft tannin skins indundated with odoriferous molecules that can combine to give aromas like pepper and kitchen spice.

In more straightforward terms, the Marchelle Cinsaut embodies red berry fragrances infused with spices subtlely suggesting cardamom, cinnamon and mace, along with notes of raisined cranberry and faint whiffs of composted earth. The flavors and feel are savory with a high-myoglobin meatines while zesty with a freshly picked fruit acidity, yet ultra-soft and pliant for all the wine's confounding — and yes, enigmatic — profile. 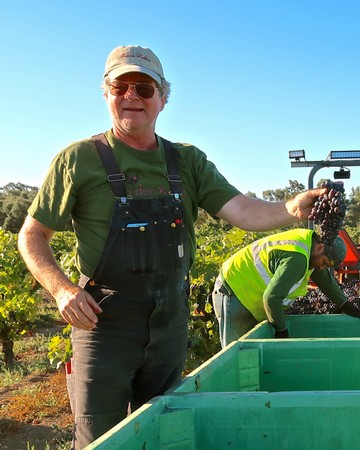 The wine's back label notes that the Cinsaut grapes going into the Marchelle were picked on September 23, 2019 at just 22.2° Brix (i.e., sugar reading), which explains the wine's moderate weight of alcohol and electric acidity. After tasting the wine, I fired off a quick note to La Follette asking if he could lend his personal impressions. His response:

The Cinsault was a real adventure! I took a hands-off approach and let the fermentation ride.The result was a more wild and struggling fermentation that gave a lot of feral and visceral qualities. I had to work hard post-fermentation to bring this wine back from the brink of the precipice, using some very ancient and traditional Burgundian techniques such as frequent stirring with a copper dodine and frequent aerative rackings, making the wine whistle clean as far as lees go.

As we speak, according to La Follette, he is "prepping" a 2019 Carignan from Spenker Ranch's nearby 1900 block for bottling — a wine he felt needed just a touch more aging in neutral barrels (La Follette ages all of the reds he sources from Lodi's ancient vine plantings in strictly old, "neutral" barrels, in order to emphasize each wine's, or rather vineyard's, "sense of place"). 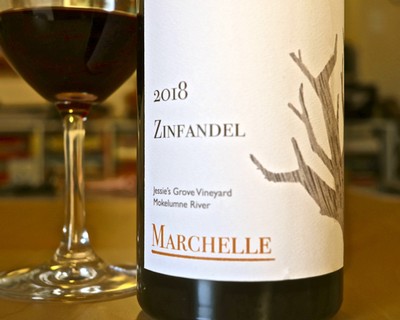 But along with the Marchelle Cinsaut, La Follette has also just released his eighth vintage from Lodi's oldest stand of Zinfandel, Spenker Ranch's "Royal Tee Vineyard" originally planted in 1889.

The 2018 Marchelle Jessie's Grove Vineyard Mokelumne River (Lodi) Zinfandel ($34) is even brighter and more effusive than the Cinsaut — teeming with red berry aromas (raspberry/cherry-like), notable dusty earth tones and fresh bread dough. While moderately full bodied (14.6% alcohol), the wine is zesty with natural acidity at its core and velvet textured in feel, combining to give a long, gentle yet tingly finish laced with the earth toned, bright berry qualities.

As in La Follette's previous vintages, the 2018 Marchelle Zinfandel represents a field picking and co-fermentation of predominantly Zinfandel (some 80% of the wine), which is interplanted with Carignan, Mission, Flame Tokay and Black Prince (the latter, a grape registered for years by the USDA as Rose of Peru).

According to La Follette:

For the 2018 Zinfandel, the Flame Tokay, Mission and Black Prince were done essentially whole-cluster at the bottom of the fermentor of destemmed Zin and Carignan. This gave a pronounced berry-like quality from the carbonic [maceration] action. I picked the 2018 aboutt two weeks later from a ripeness standpoint than the 2017, which was only 13.5% EtOH [i.e., ethanol]. This one was riper and more Zin-like. I'm still learning about this vineyard and every year is a new experience! The other varietals had to be hand-pressed due to the gentle nature of our 1-ton basket press.

In the past, in fact, La Follette has been accused of crafting Lodi Zinfandels that taste more like Russian River Valley Pinot noirs than Zinfandels — perhaps not surprisingly, seeing that he is better known for his West Sonoma Coast-sourced Pinot noirs and Chardonnays. All the same, this observation has always had more to do with La Follette's penchant for producing Zinfandels that are subdued in terms of tannin/acid/alcohol structure, not so much for lack of actual "Zinfandel" fruit profile. 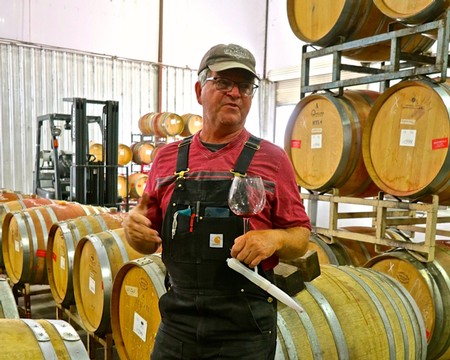 If anything, the 2018 Marchelle label Zinfandel comes closer to the varietal exuberance typifying many of Lodi's more artisanal style Zinfandels than La Follette's previous iterations of this vineyard, while possessing the signature earthiness and intricate spice tones that the winemaker goes to great lengths to retain in his hands-off approach in the winery.

Wines, as it were, that may not be as predictable as other wines made from ancient vines in Lodi, but are all the more intriguing for their unexpectedness.