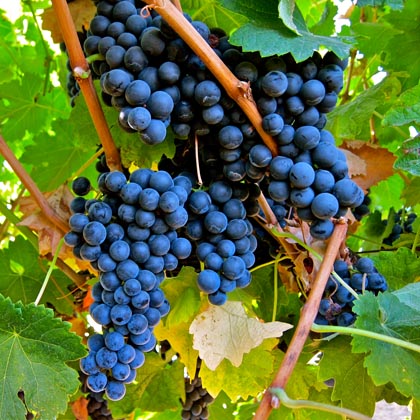 Days are shorter, darker, gloomier. So it's always something of a relief that the holidays are also upon us: we're cheered colorful, twinkling lights, sounds like the opening notes of Jingle Bell Rock, smells of cooking spices emanating from the kitchen, and the rich, velvety taste of a good red wine. 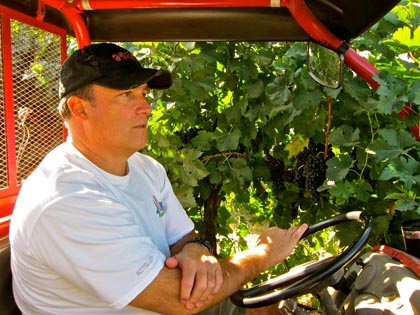 Especially Merlot. That is, red wines made from a grape that, just 10-15 years ago, looked liked it was well on its way to becoming America's favorite varietal wine. But somewhere along the line the popularity of Merlot ebbed; even if, today, Merlot remains America's fourth most popular varietal wine (trailing Chardonnay, Cabernet Sauvignon and Zinfandel, and selling just slightly more than Pinot Noir). But after that character in the movie Sideways (2004) screamed at the top of his lungs ("I am NOT drinking any f— Merlot!"), the taste for Merlot may have permanently withered away for many consumers.

Which is a good and bad thing. It's good, because many post-Sideways consumers got into the habit of exploring other varietals, such as Zinfandel and Pinot Noir, and also Tempranillo and Graciano, Carignan or Grenache, Touriga or Teroldego, etc. Consumers, in other words, have been becoming more sophisticated; and when consumers are more sophisticated, the wine industry is pressured to produce even higher quality wines. Everybody wins because growers and winemakers get better at what they do, while consumers get better wine.

The fading interest in Merlot may been bad, though, because all the qualities that made the grape so popular in the first place – round, velvety smooth textures couching drippy, luscious, full bodied flavors – never went away either. Only now, it's a little less appreciated.

Maybe it's time to "rediscover" the joys of Merlot? Think of it this way: remember the way, in Sideways, that the character of Maya (played by Virginia Madsen) seemed to eat up the camera when night fell; as the lights, and wine soaked conversation, got deeper and deeper, more saturated in passion. This is what a good Merlot can do for you: it is a wine that can set fire to a moment; probably better than most wines, since it has the weight without the unyielding hardness of most Cabernet Sauvignons, the sumptuous feel without the effete lightness of most Pinot Noirs, and the richness without the runaway intensity of most Zinfandels.

Click on this photo to re-experience Maya’s fiery talk in Sideways: 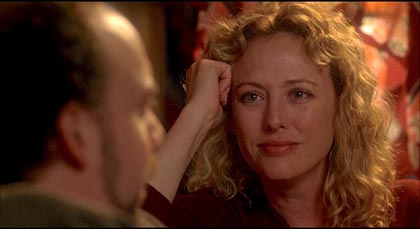 Maya talks about wine in Sideways

In Lodi, the most notable keeper of the Merlot flame is undoubtedly Vic and Carrie Mettler's Vicarmont Vineyards & Winery. Their 2011 Vicarmont Lodi Merlot ($18) is every bit as deep, round and saturated in flavor as you would expect in a ideal Merlot.

But to get the same sumptuous experience, by no means does it have to be a pure Merlot. The LangeTwins Family Lodi Midnight Reserve ($30), for instance, is only 3% Merlot (most of it is Cabernet Sauvignon, Malbec and Petit Verdot), but it has that opulent feel and downright sensuous depth of flavor epitomized by pure Merlots – probably because Lodi's sandy loam soils don't seem to infuse Cabernet Sauvignon grapes with as much of the hard tannin edge of Cabernet Sauvignons grown elsewhere on the West Coast.

According to the late Roy Andries De Groot, one of the finest matches for Merlot based red wines is the classic Hungarian dish, chicken paprikas (De Groot actually recommended a chateau bottling from Pomerol in Bordeaux, which is made primarily from Merlot). The following is an adaption of his old recipe from Esquire's Handbook for Hosts (originally published in 1949). Our recipe, for instance, doesn't call for browning in goose fat, since we don't usually have that on hand. It is the luxurious braising in onions and mildly spiced paprika chile that builds up the layers of flavor, accentuated at the very end by dollops of sour cream, which seem to bring out everything we love in a great bottle of Merlot. 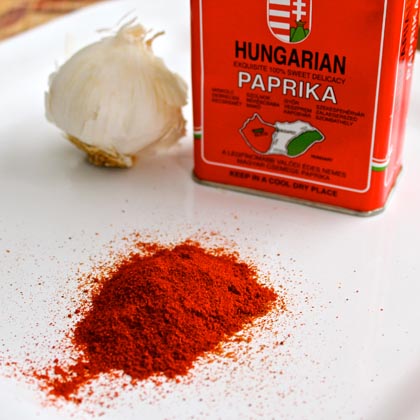 Rub chicken pieces with salt and juice of halved lemon, and set aside. In a large pot (preferably cast iron or Le Creuset), brown pancetta or bacon with drop of olive oil over medium heat. Add butter, and when melted sauté the onions and garlic until wilted. Add paprika (2 to 3 tbsp.) and stir into onion mix until it attains a fiery red color. Immediately add chicken pieces two or three at a time, browning them until both sides are impregnated with the paprika. Add sliced mushrooms, followed by white wine (burn off some alcohol), and then chicken stock.

Lower temperature, cover pot with lid, and let it simmer for about 45-60 minutes, smelling the wafting perfume while enjoying your glass of Merlot and, for possibly romantic purposes, some sensuous vocals like Diana Krall, Norah Jones or Madeleine Peyroux.

Remove chicken pieces, and stir in sour cream until the sauce reaches a creamy consistency, adjusting seasonings to taste. Add back chicken pieces, stir in most of chopped parsley, and over low temperature let pot stew for final ten to fifteen minutes while egg noodles are boiled al dente.

When noodles are drained, place in large, wide bowl and coat with half of paprika cream sauce; lay chicken pieces over noodles and top with rest of sauce. Garnish with rest of chopped parsley, and serve. 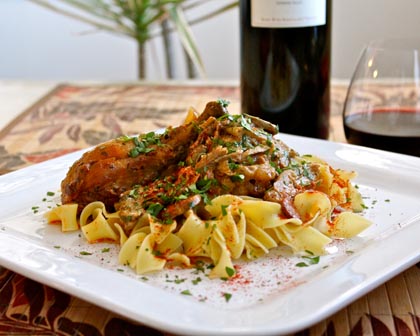