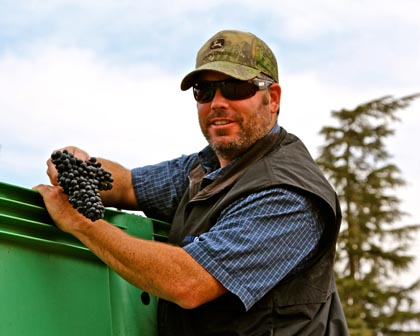 If you’ve seen Kevin Phillips – Michael David Winery’s VP of Operations, and sixth generation Lodi farmer – walking around lately, you probably noticed a big smile on his face.  Like he’s just inhaled one of Phillips Farms’ surrealistic-pillowy grape pies, or taken in a fresh load of aromatic compost (hey, so Lodi farmers have slightly different predilections).

But what’s actually gotten Mr. Phillips turned on is Lodi’s 2012 wine grape harvest, which he’s calling “phenomenal.”  Mind you, farmers are by nature glass-half-empty types – dealing with the harsh realities regularly dished out by Mother Nature comes with the territory – and so words like phenomenal are indeed seldom heard. 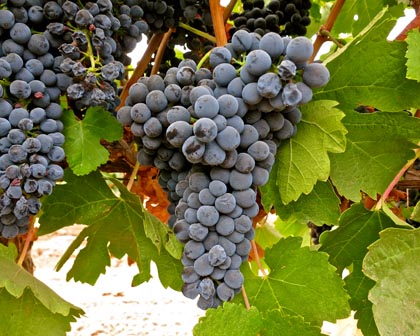 Yet last week Thursday (October 11), standing in one of his personally owned vineyards at Jahant and Kennifick roads while watching his crack crew hand-pick 50 tons of Petite Sirah, Phillips was willing to say, with perfect aplomb:  “all stars are in alignment – we’ve had great weather, great quality, and heavier yields… everything has been ripening perfectly.

“On top of that,” adds Phillips, “overall prices per ton have increased significantly, and so all the guys are making more for their grapes this year.  Since yields were a little down the previous two years, all the wineries are absorbing the fruit, and everybody’s happy.”

Although it seems counter-intuitive – another way of thinking normal to grape farmers – much of the elevated quality can be attributed directly to the increased quantity.  “In a year like this,” Phillips tells us, “a big crop is a blessing because it slows down the ripening, allowing the grapes to attain physiological balance in the right way, by hanging on the vine.  Smaller crops push grapes to ripen faster.  So if we had yields like we did last year, we would have had a lot of high sugar grapes, which would have given us higher alcohol, hot tasting wines, with less flavor.”

According to Phillips, as of last week just about all the Lodi Zinfandel had been picked, and this was the week mostly for Petite Sirah.  After that Phillips Farms will have been 75% to 80% done; with just a little more Petite Sirah to come in along with Petit Verdot, as well as the traditionally later ripening black skinned grapes like Cabernet Sauvignon, Carignane, Souzão, Tannat and Mourvèdre. 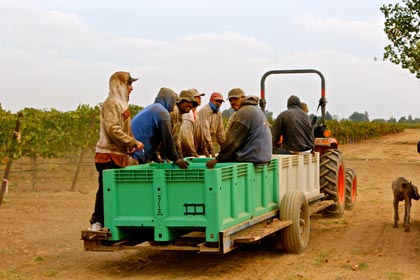 Says Phillips, “2012 is like 2010 insofar as the quality being off the charts, but with a bigger crop.  Numbers are perfect – Zinfandels across the board were about 25.5° Brix, compared to past years when the average had been 26.5°-plus.  Petite Sirah has been loving this little spurt of heat – we’re bringing them in about 26°, with not one hint of mildew.  This is the exact opposite case from last year, when we got rained on and all the Petite Sirah came in with some rot.”

A good friend and colleague, Tegan Passalacqua – the vineyard manager of the prestigious Turley Wine Cellars – concurs with Phillips’ glowing assessment.  In a conversation the following day, Passalacqua told us, “everything we got from Lodi this year has been spectacular”

Turley, in fact, sources from four significant Lodi growths, including the Bechthold Vineyard (126 year old Cinsault vines), obsessively hand-cultivated by Phillips.  Adds Passalacqua, “the grapes came in with perfect numbers, and not one iffy lot in the bunch.  Zinfandel being the way it is, we usually deal with a tiny bit of rot, and end up adding sulfur to at least one tank to stave off bacteria.  This year, not once did we have to reach for the sulfur – it’s just been one of those crazy good harvests.”

Climbing up on the back of a truckload of green colored half-ton bins, Phillips examines the Petite Sirah clusters, which are distinctly smaller in weight and berry size than the Petite Sirah clusters grown in the Phillips family’s Woodbridge Rd. vineyard, on the west-side of Lodi in the Mokelumne River AVA.  “It’s all about the soil differences,” says Phillips.  “The sandy loams here in the Jahant AVA are more restricted, not as deep and fertile as the sandy loam we have on Woodbridge.  It’s harder for these grapes to catch up on water here, and so you end up with smaller bunches and smaller berries.” 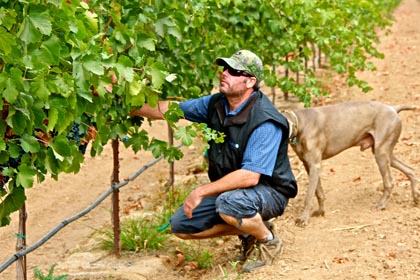 Phillips’ Jahant Vineyard Petite Sirah is planted on vertical trellises, with wires attached at the end of cross-arms to allow canes to grow up from the bilateral cordons and hang over the sides, creating what Phillips calls a “ballerina” effect:  dappled light under a umbrella-like canopy – exposing the grapes to just enough sunlight to ripen to a perfect point with a slight shrivel and minimal burning on the skins, and just enough airflow beneath to discourage bunch rot, to which tightly packed Petite Sirah grapes are prone.

The Jahant Rd. vineyard is planted in a north-south direction because of the shape of the lot, running north-south.  Says Phillips, “ideally, you want all trellised vineyards to run east-west (as in Phillips’ Woodbridge Rd. planting) rather than north-south, because that gives you more even ripening and sun exposure.  But Petite Sirah is one of the few varieties that can do just fine, soaking up a little extra sun, which is why I chose to plant it on the Jahant property.

Asked where these Petite Sirah grapes go, Phillips tells us, “most of it ends up in our Petite Petit program, blended with Petit Verdot.  Our top-of-the-line Earthquake Petite Sirah comes from older, head pruned vines on the west-side – on Devries, between Woodbridge and Turner.”

“2012 will be an amazing vintage across the board,” says Phillips.  Coming from Lodi’s largest and most successful producer of ultra-premium wine:  welcome news indeed! 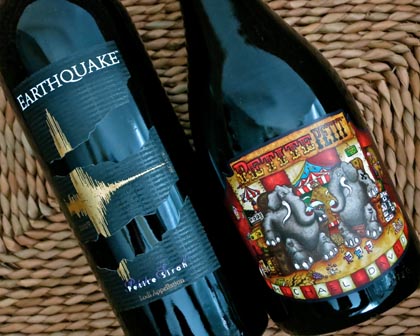 Some notes from a recent sampling of Michael David’s Petite Sirah program:

2010 Michael David, Lodi Petite Petit ($18) – A smooth and eminently easy drinking style of Petite Sirah, yet with all the unique qualities of the grape:  black-ruby color and ripe, plummy nose infused with notes of peppery beef bouillon and smoked bacon; the exuberant, plummy flavors continuing in a dense, full body, filled out by well rounded tannin. 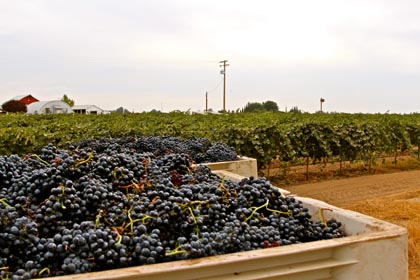