Our best and most interesting blogposts from 2014 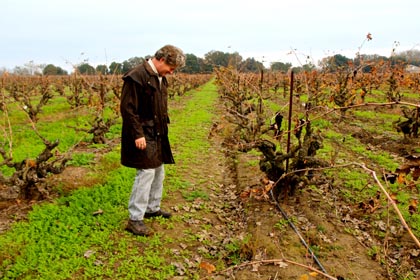 We’re looking forward to another year of exciting achievements by the Lodi winegrowing community. But before embarking towards this bright new horizon, we thought it worthwhile to take another look back at our favorite, and most informative, blogposts from 2014: not so much out of fear of forgetting our past and being condemned to repeat it, but rather to sharpen our focus on the future with the clarity that invariably comes with hindsight.

The world’s entire history of wine, in fact, is based upon what we learn from the past. Winemaking and grape growing go back thousands of years; and through the simple process of cause, effect and observation, ancient people were able to sharpen their practices to the point where, by the time Louis Pasteur came around in the 1850s to provide a scientific explanation for fermentation, winegrowers all over Europe had already identified precise demarcations of vineyards producing the best or most distinctive wines, year after year after year. 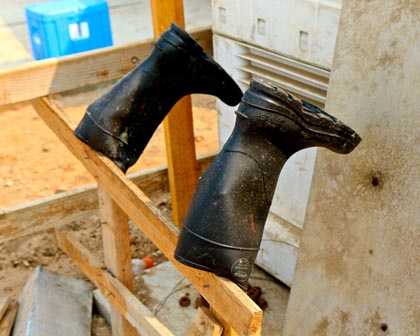 The American wine industry has also been built upon the shoulders of sharp minded and adventurous pioneers. It is amazing, for instance, to taste the penetrating quality of contemporary wines made from vines originally planted as far back as the late 1800s in places like Amador County, Lodi, Contra Costa, Napa Valley, Sonoma County and Paso Robles. Everytime you taste one of those fantastic ancient vine wines – such as the Cinsauts made from Lodi’s Bechthold Vineyard (planted in 1886!) – you think: wow, how did the old-timers know the best grapes to plant in the best spots, and exactly how to do it? Well, the explanation is usually simple: they were smart enough to learn from their predecessors.

Much of the modern California wine industry has been built upon the groundbreaking work, and sheer brilliance, of individuals such as Agoston Haraszthy in Sonoma, Charles Wetmore and the Wentes in Livermore Valley, Martin Ray in Santa Cruz Mountains, André Tchelistcheff and Robert Mondavi in Napa Valley, not to mention the impact of the great analytic minds of professors like Maynard Amerine, Albert Winkler and Harold Olmo at U.C. Davis. 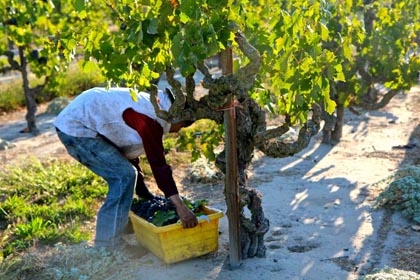 Here in San Joaquin Valley, the pioneering work of entrepreneurial winegrowers George and William West – who, in the 1850s, began planting dozens upon dozens of classic European wine grapes shipped in from nurseries on the East Coast – has been nearly forgotten. Clashes between the Wests’ El Pinal Winery (which eventually faded during Prohibition) and Lodi growers over grape prices during the 1890s and early 1900s would later echo the market struggles of Lodi wine grape growers in the 1980s, which finally led to the formation of the Lodi-Woodbridge Winegrape Commission (later shortened to Lodi Winegrape Commission) in 1991.

In unity there is strength as well as vision. Without a doubt, the focus and cooperation among the 750-plus growers and 80-plus wineries that continue to drive the Lodi Winegrape Commission has not only become an industry model, but is nearly unheard of in most American wine regions. Industry people in places like Napa Valley, Sonoma County and Santa Barbara may enjoy more prestige for their products, but are envious of the accomplishments resulting from the teamwork they observe among Lodi growes and producers.

With that in mind, some of our most memorable blogposts from 2014: 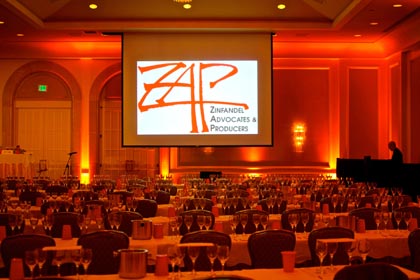 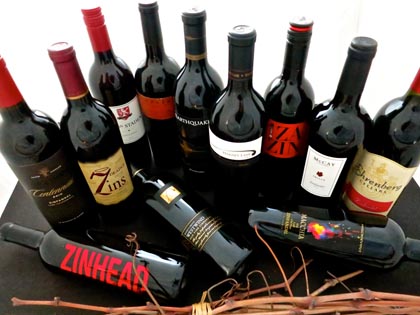 Distinguished judges share thoughts on the 12 Zins of Lodi 2014

February 12, 2014 – The 12 Zins of Lodi 2014 have been chosen by a jury of eight respected wine professionals, as a result of a formal tasting taking place in San Francisco this past February 5th, organized for LoCA by Charles Communications Associates. These 12 Zinfandels were selected for being represented of the best of what the Lodi AVA has to offer today, in every price point… more 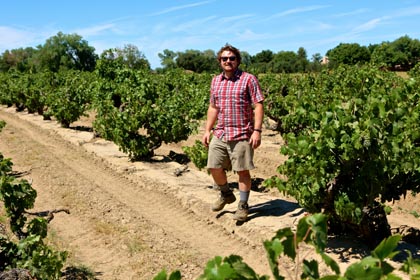 June 27, 2014 – Enter-stage-left, Morgan Twain-Peterson, owner/winemaker of Bedrock Wine Co. in Sonoma Valley… Over the past six, seven years Mr. Twain-Peterson has emerged as one of California's wunderkind winemakers, with one of the most distinctive feels for terroir… In a conversation over Ortega burgers at Webser’s Country Drive-In in Clements,, Twain-Peterson was bullish about his recent purchase of a 10-acre vineyard on Schmiedt Rd., which came with some seven and a half acres of mostly own-rooted, head trained Zinfandel – planted somewhere 1915 and 1920 – with smatterings of Carignan and a Tokay plant or two… more 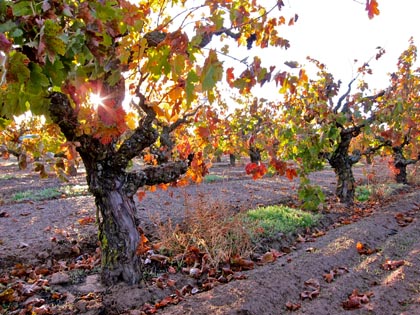 Lodi's Bechthold Vineyard is named California's "Vineyard of the Year"

June 30, 2014 -To many of the growers and winemakers in Lodi today – now in their third, fourth, fifth or even sixth generation of Delta farming – the fruits of their labors have always been what has tethered their families to this American Viticultural Area, with or without the recognition of their peers in California or elsewhere. Lodi is as meaningful a place to its caretakers as any winegrowing region of longevity in the world… And now, although it's taken 128 years, one Lodi vineyard has finally gotten its due: the Bechthold Vineyard, planted in Lodi's west-side by Joseph Spenker in 1886, has just been named the 2014 “Vineyard of the Year” by the California State Fair… more 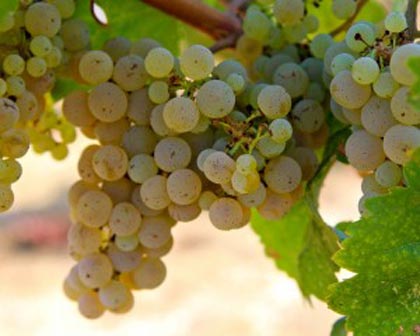 July 7, 2014 – Who'd have thunk? That a planting by a retired Lodi schoolteacher and longtime home winemaker would become the largest, most serious collection (over 40 cultivars!) of German and Austrian grapes in the U.S. The grape bug took a big bite out of Bob Koth in the early nineties, when he and his wife Mary Lou Koth started traveling back and forth to Germany, where their daughter Ann-Marie was studying on a Fulbright scholarship. Although Germany is a good, Alpine obstructed distance away from the Mediterranean Sea – and Lodi's dry-summer subtropical climate is classified as Mediterranean (similar in temperature to Napa Valley, Sonoma County, Paso Robles and other California coastal regions) – Mr. Koth was determined to grow Northern European grapes on his east-side Lodi property, located in a bend of the Mokelumne River that other growers in the neighborhood (such as Lodi's Markus Bokisch and Turley’s Tegan Passalacqua) have recently begun calling "the Peninsula."… more 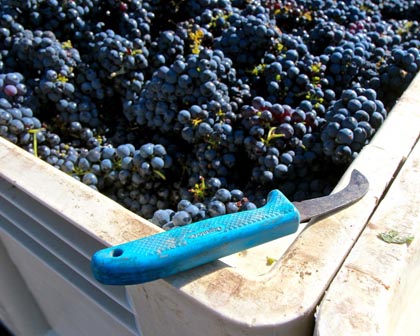 September 14, 2014 – In a post that recently popped up on the multiple "Best Wine Blog" Award winning Terroirist site, contributor Isaac James Baker commented on six 2012 Lodi AVA grown Zinfandels produced under the Lodi Native banner: "Tasting all six together, I was stunned by the tremendous variation in flavors and textures, and found it fascinating to dissect my perceptions of each wine. Collectively, these are some of the most thought-provoking Zinfandels I've tasted in a very long time. They're deep, complex, lingering, surprisingly elegant and quite food-friendly. They comprise a master class in old vine Lodi Zinfandel." Wait a second. Did somebody just use words like "most thought-provoking," "complex," and "elegant" in the same context as Lodi and Zinfandel?… more 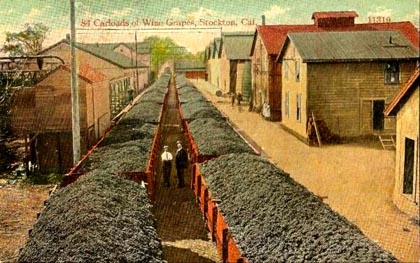 September 22, 2014 – The first settlers of European descent arrived in the area we know as Lodi in 1846; finding what Ralph A. Clark (Lodi – Images of America) described as "an abundant paradise," perched just a few feet above sea level, sandwiched between the lower foothills of the Sierra Nevada Mountainsto the east, and the lower elevation wetlands of the San Joaquin-Sacramento River Delta to the west… more 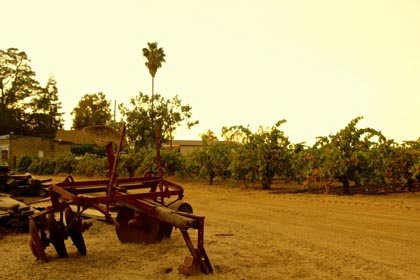 September 23, 2014 – In 1900 Urgon Winery was founded by an enterprising German emigrant named Adolph Bauer, who recognized the need for a wine production facility at a time, during the late 1890s, when many Lodi farmers were transitioning from watermelons to grapes. With the help of his partner John Guggolz, Bauer established the first independent facility for wine and brandy production in the Lodi region. Prior to that, Lodi growers were forced to sell most of their grapes to El Pinal Winery – later re-incorporated as George West and Son Winery – located further south in Stockton… more