Oak Ridge is all about Lodi heart (and spice!) 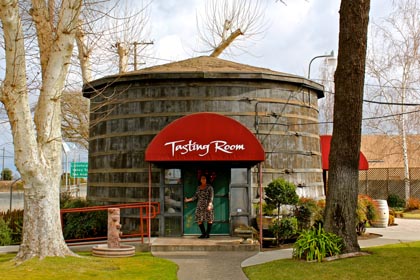 The Oak Ridge Winery tasting room (housed in Tank No. 150)

If we told you that there is a successful 300,000 case Lodi winery owned by some of this American Viticultural Area’s oldest families, producing wines that are flying off store shelves across the U.S. as well as in European countries like Sweden, then you might say, “yep, Michael-David sure has grown.” 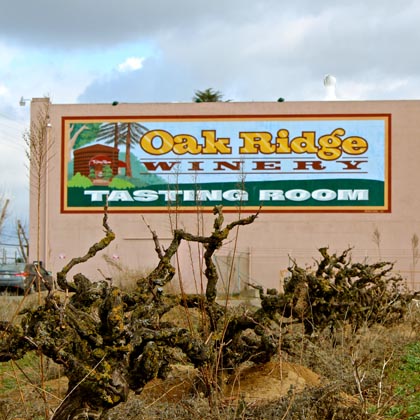 But we’re not talking about the winery owned by Michael and David Phillips:  we’re talking about Oak Ridge Winery (a.k.a. ORW), which has quietly, almost stealthily, grown its brands – imaginatively bottled under fun, catchy labels like OZV, Moss Roxx, 3 Girls, and INTO ZIN – practically right from under us here in Lodi.

Every winery, big or small, reflects its ownership, which in turn describes its provenance.  When you drive east on E. Victor Rd. away from the town of Lodi, you soon come up to Oak Ridge Winery on the right, announced by a large, rather old fashioned looking mural on a nondescript beige wall, overlooking a patch of raggedy, ridiculously squat or prostrating Zinfandel vines that might look almost misbegotten, if not for the fact that the grapes from this spot go into one of the most intense and celebrated wines made by one of our modern day Lodi wineries (with a name that begins with M).

Those vines, as it were, are owned by Rudy Maggio, the longtime Lodi winegrower who operates Oak Ridge Winery along with his partners, Don and Rocky Reynolds.  Then just off Victor, you come up to the Oak Ridge tasting room housed in what looks for all the world like one of those gigantic, old fashioned redwood tanks that used to be such a common sight, if you happen to be old enough to have gone winery hopping in the fifties, sixties or seventies. 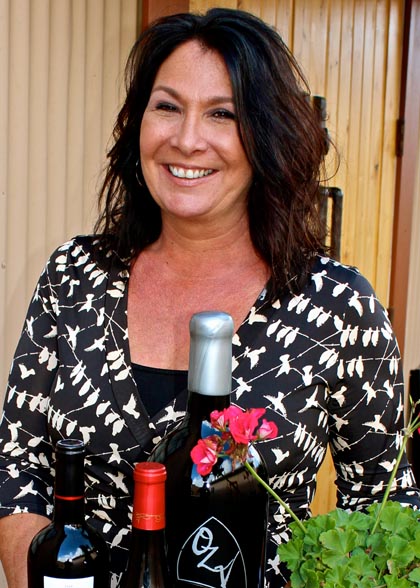 And in fact, when you step into the rounded, wine stained redwood walls of the Oak Ridge tasting room, you see a display of the original blackboard sign for Tank No. 150.  This 50,000 gallon storage tank was moved from the old Roma Wine Co. winery across the street to its present location back in 1965, when it was turned into the wine tasting room for Royal Host Cellars.  Royal Host was known more for its brandy than its wine, and was a trademark of the old East Side Winery – a big production, growers’ co-op company that was turned into Oak Ridge Winery by Maggio and the Reynolds, after purchasing the facility in 2002.

Shelly Maggio Woltkamp, the daughter of Mr. Maggio and ORW’s California sales manager, describes their life growing up in Lodi wine country around N. Ray Rd. as “lots of hard work, pruning vines and picking cherries, but also lots of good times, swimming in the ditch and having fun – a very good life.”   Good enough that, typical of Lodi’s multi-generational agricultural families, Shelly and her two sisters, Lisa and Raquel, all remained in Lodi to raise their own families.

“We all still live within a quarter mile of each other around Ray Rd.,” say Woltkamp.  “We all married men who were willing to settle down with us, who are all involved in grape growing or winemaking in one way or the other.”  Woltkamp’s own 20 year old son Roy (brother to 17 year old sister Courtney) has been working the fields and driving winery trucks and forklifts since he was a kid.  “He works here at Oak Ridge,” she tells us, “where I can keep an eye on him!” 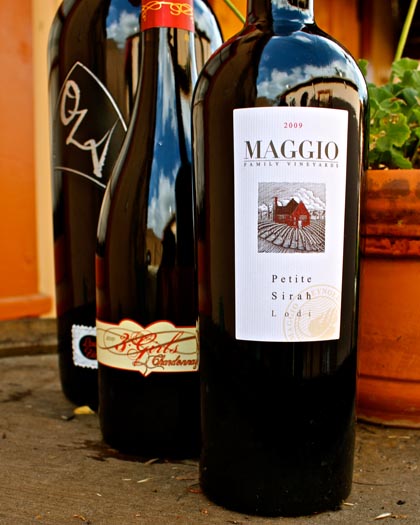 Nicholas Karavidas, Oak Ridge’s GM since 2003, tells us that by the time Maggio and the Reynolds took over ten years ago, the old co-op idea had long ceased being a viablity (when founded in 1930, there were 130 growers involved in East-Side, banded together primarily to maintain grape prices).  “Growers were no longer invested – they sold to the highest bidders, not necessarily to East-Side – and no one in the winery seemed to care too much about what they were doing.  Rudy took over with no experience as a winery owner, but he immediately brought strong values to the company, which have guided us ever since.”

Karavidas describes those values as very much “family oriented” – all coming down to the eternal question, “what’s important in life?”  To Maggio and the Reynolds, it’s “doing things in ways that matter.”  Taking this cue, Karavidas set a course towards production of wines that “consumers are most willing to drink, not wines that are made to stoke our egos… if we can’t produce wines that people actually enjoy drinking, what does that say about us?”

Thus, the style of Oak Ridge wines is all about a plain and honest accessibility – what the partners believe Lodi is all about.  Wines like the 2009 Maggio Lodi Petite Sirah ($14):  a juicy rich, meaty textured varietal red which has been sold for as low as $7 in Cost Plus World Market stores across the country.  In other words, no fuss, no muss, just a deliciously easy drinking constitution; yet at the same time, as varietally true and pure a Petite Sirah as ever seen in the popular market. 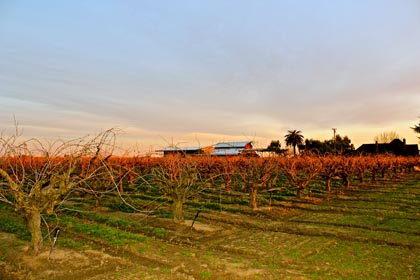 All together, the Maggio, Reynolds, and Dondero families (the latter, a third partner brought into ORW) own and grow about 10,000 acres of vineyards in Lodi; a percentage of which goes into their current biggest seller, the 2009 OZV Lodi Zinfandel ($13).  Don’t expect anything “big” or bodacious in the taste of this 80,000 case production red; its awesomeness, rather, is to be found in its sheer, everyday drinkability of sweetly aromatic berryish fruit, and in the smooth texture of its medium sized body (less than 14% alcohol).

Out of the two dozen or so labels produced by ORW, perhaps the biggest bang for the buck might be found in the 2010 3 Girls Lodi Chardonnay ($14) – a label inspired by the fact that the three original partners each sired three daughters (and no sons).  This Chardonnay is an exceptionally bright, crisp, airy fresh and dry white wine, with whispers of light lemon, orange peel and apple in its forward fruit qualities.

Finally — attention, chocolate lovers, or anyone who delights in the many guises of Zinfandel, Lodi’s heritage grape:  the OZV Sweet Solera Zin ($30/500 ML) is a fortified (18.35% alcohol) yet amazingly soft, luscious, sweet red wine that tastes of chocolate, nuts and berries.  Woltkamp likes to recommend the Sweet Solera Zin with Marich Dark Chocolate Chipotle Almonds, which makes a magical match – the sweet spices of the chocolates bringing out the inner spice of the Zinfandel… straight from the heart of what Lodi is all about! 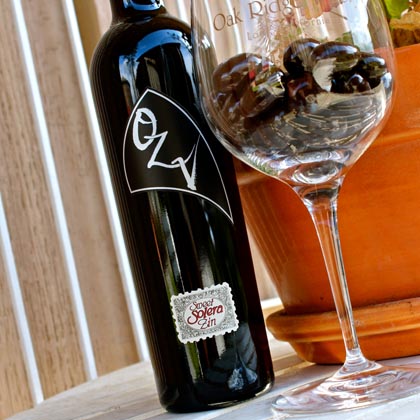