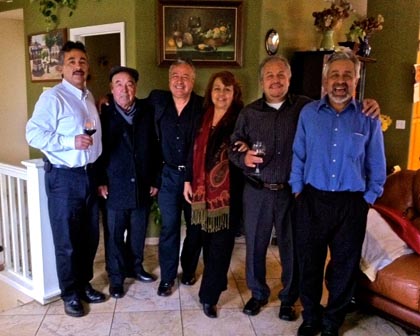 Thanksgiving is a special day for the Anaya family, who own and farm 90 acres of top quality wine grapes in Lodi's Clements Hills AVA. They also own Viñedos Aurora – a winery that has become one of Lodi's brightest new stars since the release of their first vintage (2009s), a little less than three years ago.

Thanksgiving dinner in the Anaya family, according to winemaker Gerardo Espinosa, is highlighted by the serving of pollo manchamanteles – a "tablecloth staining" chicken stew prepared by Espinosa's mother, Leticia Anaya – with sides of arroz blanco con vegetables and frijoles peruanos (Peruvian beans). 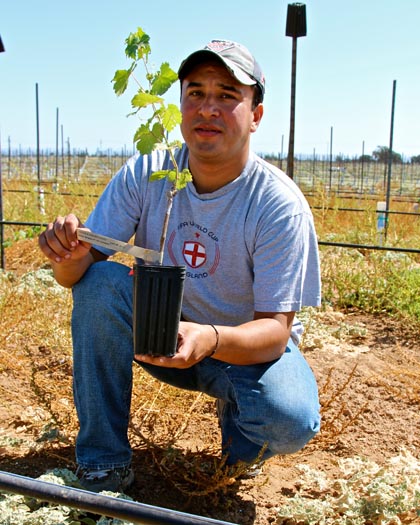 The main course and most of the desserts may be Mexican in origin, but the Anayas' story is very much an American story, which began with the grandfather of winemaker Gerardo Espinosa, Victor Anaya Rocha (Don Victor), who first came to the Stockton area from Michoacán, Mexico to work the fields in 1944. Anaya Sr. traveled back and forth for many years, while raising four sons – Victor Jr., Ramon, Armando and Gerardo Anaya – all of whom earned degrees in agricultural engineering from the University of Michoacán.

Typical of countless immigrant families who found success by working endlessly and pooling resources, the Anaya brothers transitioned from agriculture to owning and operating a Lodi retail store as well as a restaurant in 1988. Still, their dream of working their own farm persisted; and so in 1998 the four brothers took the plunge, selling the stores and planting their own vineyard.

Gerardo Espinosa is the son of Anaya Sr.'s daughter, Leticia Anaya; and like his uncles before him, he grew up traveling back and forth between San Joaquin Valley and Michoacán before graduating from Lodi's Tokay High. Espinosa went on to attend the San Joaquin Delta and Cosumnes River Colleges to attain an architectural degree, and currently holds a position at the prestigious firm of WMB Architects in Stockton. In 2007 he joined his uncles, who were crafting "home" wines from their Cabernet Sauvignon and Petite Sirah grapes. The wines turned out so good, this led to the founding of Viñedos Aurora; named for Victor Anaya Sr.'s wife Aurora, while also expressing the idea of a "vineyard" that sees "first light of day" (in reference to its location on Lodi's east side).

During Thanksgiving's first light of day, preparations for the holidays, says Espinosa, "usually starts at my mom's. As soon as you walk into the house you can smell the spices and warm flavors of the cooking dishes. By late afternoon my uncles, aunts, cousins, and the great grandkids have arrived, and we all gather into the great room where my grandfather (Victor Anaya Sr.) is usually watching television. 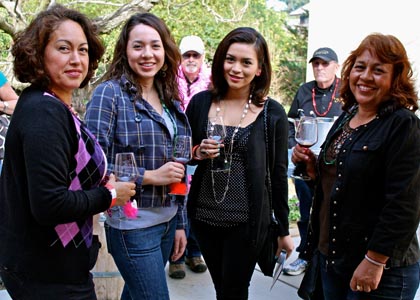 "As we all go up the stairs, the first thing everyone does is give grandfather a kiss, to let him know we are here. Meanwhile, my mom and my sister Gabi are in the kitchen, adding the last details to the dishes. Before my grandmother Aurora passed away, she was always in there with them.

"The big round table is overflowing with food, since everyone brings something – from nopales and guacamole tostaditas, to nuts and tamalitos. And while we're picking at the food, we start opening the wines. This year we will be opening our new Viñedos Aurora Rosado, a pink wine filled with the aromas of strawberries and cherries, which brings out the spices and tropical fruit in the pollo manchamantelesl. We'll have bottles of our sold-out, tropical and citrus fruit scented Albariño, which also goes great with our main course; although I can see our Viñedos Aurora Síntesis (a smoothly balanced red wine blend of Cabernet Sauvignon, Tempranillo and Merlot) doing very well, too." 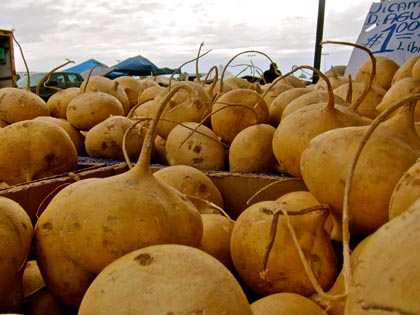 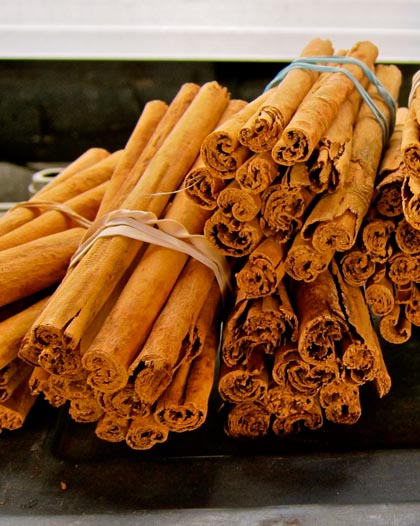 To prepare the dried chiles, wash them in cold water. Remove the veins, stems and seeds and tear the flesh into big pieces. Place the pieces in a bowl, cover with hot water and set aside to soak for about an hour.

Cut the pork into 1½ inch cubes. Cut the chicken into serving pieces, removing the skin from the breast and thigh pieces. Cut the thick rind off the pineapple slice and cut it into cubes, removing and discarding the core. Peel the plantain or banana and cut into 1-inch pieces. Peel and dice the jícama or apple.

Put the pork cubes in a saucepan with just enough cold water to cover. Cover the pot, bring to a boil, reduce the heat to a simmer and cook for 25 minutes. While the pork is cooking, heat the oil or lard over medium-high heat in a Dutch oven and, working in batches, brown the chicken on both sides. Remove the browned chicken and set aside on a platter. Remove the pork from the cooking liquid after 25 minutes and set aside on the platter with the chicken. Strain the stock and measure it. Add additional chicken broth as needed to make 5 cups of liquid.

Add the almonds and stir-fry for a few minutes until toasty smelling (the skins will start to rub off). Remove with a slotted spoon and put in a blender. Add the cinnamon sticks to the oil and fry, turning, for a minute or two until fragrant. Remove and place in the blender.

Drain the chiles and add to the blender along with the tomatoes and cilantro. Add about ½ cup of the pork cooking liquid to the blender. Purée the contents. This is your mole; it will be quite thick and grainy. Pour it into the Dutch oven with whatever oil remains in the pot, and cook, stirring and scraping constantly, over medium-high to high heat for 3 to 5 minutes. The sauce will be thick and the color of dark chocolate. Add the remainder of the cooking liquid and bring to a simmer. Add the pork, chicken, pineapple, plantain or banana and jícama or apple. Add the salt and stir gently.

Reduce the heat to a gentle simmer, cover the pot and simmer until the pork and chicken are very tender, at least an hour. Taste the sauce and add more salt, if desired. Stir in the pomegranate molasses or tamarind paste and cook for a few minutes to blend the flavors. If you are adding peas, put them in about 5 minutes before serving.

Serve with corn tortillas to sop up the sauce.