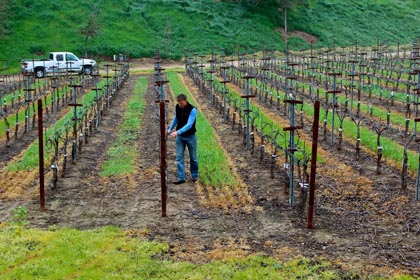 Among the many alternative white wine grapes cultivated in Lodi in recent years, Vermentino might hold the most intriguing promise.

Number one, because Vermentino is native to Europe's Mediterranean Basin, and the Lodi AVA's climate is squarely Mediterranean; meaning, summers are warm and dry, and winters are cold and usually a little wet. The climate of California's coastal regions, from Sonoma County and Napa Valley all the way down to Santa Barbara County, is also classified as Mediterranean. 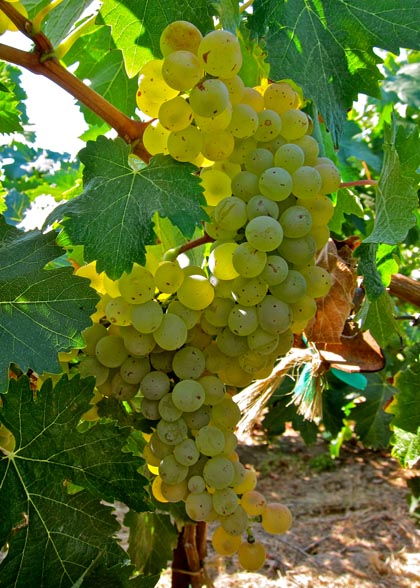 Number two, because Vermentino is one of those golden tinted grapes with a thick enough skin to grow well under temperate, humid, maritime conditions – ripening its fresh varietal qualities with ample natural acidity, invariably without any issues like mold or rot – which why it is the most widely planted white wine grape in places like Corsica and Sardinia, and is also common to France's Provence (where it is known as Rolle).

In fact, it was after tasting a Sardinian Vermentino in a restaurant in San Francisco that Steve Borra – the owner/grower of Lodi's Borra Vineyards – decided that he wanted to add Vermentino to his portfolio of specialty grapes.

Lodi also enjoys a more temperate variation of the Mediterranean climate, although Borra winemaker Markus Niggli makes this qualification: "The spot that Steve planted the Vermentino, right next to the river, is both the coldest and warmest part of our Gill Creek Ranch. There is more of a cooling effect at night next to the Mokelumne River, but then it gets a lot of sun in the day. I think this is why the Viognier from that section has always been very aromatic, ripening with good acid."

Rather than breaking virgin ground, in 2012 Borra grafted his Vermentino onto about 20 rows of an existing block of Viognier in his Gill Creek Ranch, cozying right up alongside the river just north of the little CDP of Lockeford, in the sub-appellation of Clements Hills.

With the benefit of root systems about 20 years old, the Vermentino vines have taken off in this vigorous, sandy-clay loam site. The Borra family's first vintage – the 2014 Borra Vineyards Limited Release Lodi Vermentino ($22) – will be released in March, and is already bursting with the lively lemon/lime qualities of the grape.

In places like Provence and Corsica, Vermentino based whites also usually possess transparent qualities of their respective regions, with notes of wild herbs like sage, thyme or lacy fennel, and pervasive mineral qualities on the palate. In the Borra Vermentino, there are more spring-like flowery notes – a whispering kiss of the Lodi sun – with slightly scrubby, organic, earthy notes which are probably more of a signature of Mr. Niggli's well documented penchant for natural, native yeast fermentation. 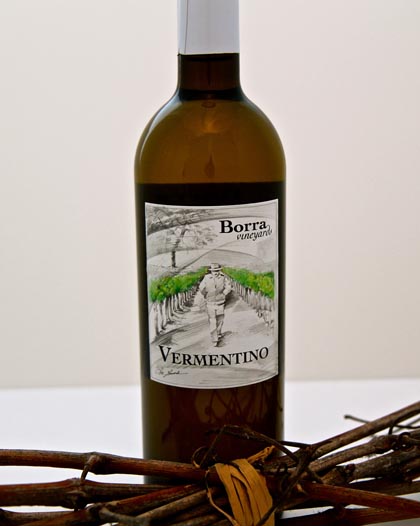 On the palate, the Borra Vermentino is medium bodied – at 12.8% alcohol, neither light nor heavy – with a crisp, minerally, tart edged feel, which allow the flowery fresh, organic sensations to unwind like a steely coil. Mr. Niggli fermented the Vermentino in stainless steel tanks, and then aged it briefly in “neutral” barrels (i.e. well used, giving minimal oak flavors) to allow the grape’s naturally rich, phenolic texture to predominate.

It may seem almost incongruous that Lodi's oldest family winery (bonded in 1975) is also one of Lodi's most innovative; just like it may come as a surprise that Lodi itself – a region long known primarily as the source of big production grapes and wines – grows more "alternative" grapes than any other region in the U.S. (over 100, at last count).

But look at it this way: in countries in and around the Mediterranean Sea, Vermentino is actually the common grape – there, it's varieties like Chardonnay and Sauvignon Blanc that are considered unusual. For Steve Borra, Vermentino represents a return to his family's Italian heritage – a culture where wine is a food that you enjoy everyday; not something that you put aside to satiate a compulsion to collect, bolster your ego or geek out about.

You enjoy a wine like Borra's Vermentino for what it is: honest, pure, plainly delicious, sensibly priced, and intriguingly "Lodi!" 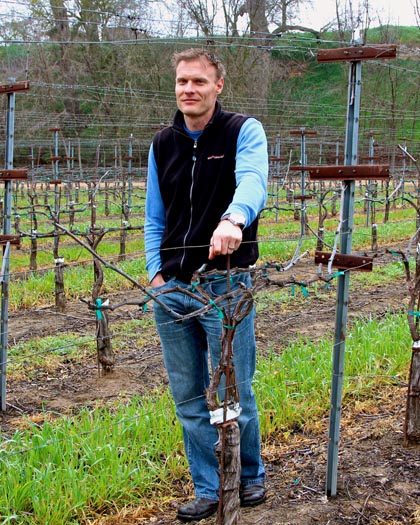