Zinfandel is the ideal autumnal wine 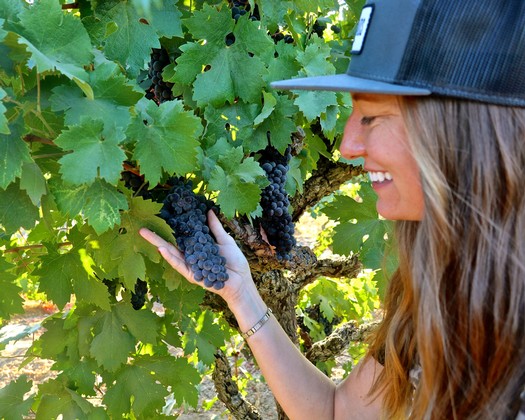 2021 Zinfandel harvest on the east side of Lodi's Mokelumne River AVA.

Zinfandel is the ideal autumn sipper. Make that quaffer. Why fool around?

Why Zinfandel? Because it is one of the few red wines with a propensity for spice qualities in the nose and flavor. By spice, we mean a pungent quality ascribed to an aromatic compound called rotundone, the or sesquiterpene (or class of terpenes) responsible for the "spicy" or "peppery" aroma and taste commonly found, first and foremost, in peppercorns, but also in other plants like juniper, geranium, and various kitchen herbs.

In wines, rotundone is commonly found at perceived levels in grapes such as Syrah, Petite Sirah, and Grenache. It is especially prevalent in Zinfandel: When laced with embellishments like toasted oak barrels or, in the case of Lodi-grown Zinfandels, variations of earthy aromas, the scent of Zinfandel can take on clove-like qualities on top of peppery spice. And when you think of cloves, you often think of cinnamon, and when you think of cinnamon you often think of baking pies and other scents wafting from busy kitchens. 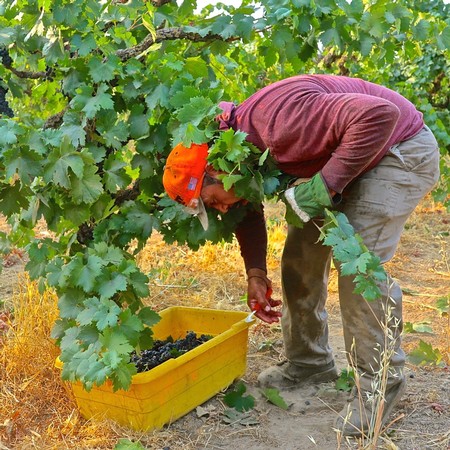 Zinfandel, of course, is also one of the most food-versatile wines in the world. You could make an argument that it is the most food-versatile red wine in the world. It is natural to think of red wines made from Pinot noir as being extremely food-friendly because of their soft tannin and tendency towards zesty acidity, allowing Pinots to go as surprisingly well with seafood and salads as red meats.

The advantage of Zinfandel is that its vaunted fruit quality, often described as berryish (raspberry, blackberry, cherry, blueberry, strawberry, pomegranate-like, etc.) makes this wine go even better with foods laced with sweetness. Sugar or sweet ingredients are used by crafty cooks and chefs all around the world, especially in Asia or the Deep South. Sugar, in fact, is used to balance salt, vinegars, as well as hot chile spices in cooking, to produce the dishes we can't stop eating. 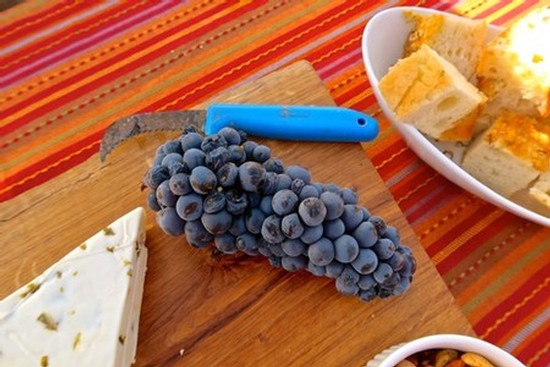 Put it this way: When served a plate of sticky, sweet/spicy/tangy barbecued ribs, or beef marinated in sweet/salty soy sauce, what would you instinctively prefer, a brightly fruited, zesty Zinfandel or a more sedate, fragrant Pinot noir? Most food and wine lovers would say Zinfandel.

In respect to grape acidity: It used to be said that you should always expect Pinot noirs to be zestier in acidity than most Zinfandels; but in these days in which American Pinot noirs are made to be bigger and bolder, and Zinfandel specialists are pulling back on alcohol levels by picking grapes earlier to retain more natural acidity, the notion that Pinot noirs have more acidity than Zinfandel is no longer true. 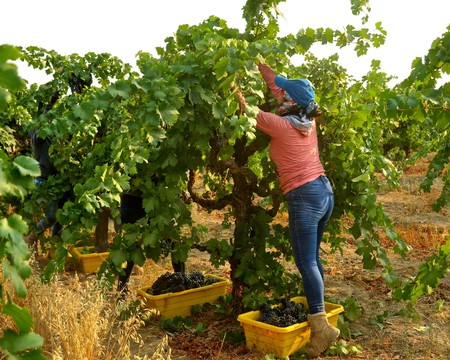 In a tasting a few years ago, in fact, Turley Wine Cellars winemaker Tegan Passalacqua remarked: "I know that, for the Court of Master Sommeliers, when they're teaching people about Russian River Valley, what they teach us that in blind tastings when a red wine has good acid it's probably a Zin, and if it doesn't have good acid it's probably Pinot noir. Most students have a hard time believing that, but it's the truth. That's how you deduce the differences between Zinfandel and Pinot noir in blind tastings."

Ergo, a bottle of Zinfandel is probably the single best wine to reach for when doing your autumn cooking. 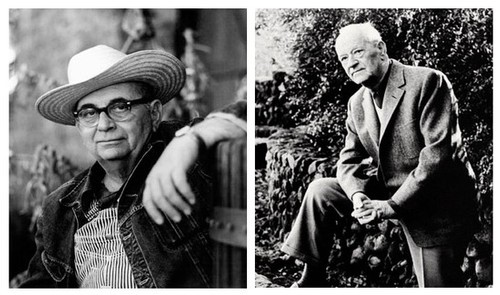 That said, a few thoughts and guidelines regarding Zinfandel and food matching:

• In "old days" (the 1960s and '70s), when almost all Zinfandels were made light and zesty, with very little oak qualities, Zinfandel was the avowed "favorite" wine of icons like

August Sebastiani and Louis M. Martini. Why? Because this was the best choice of old-fashioned Italian cooking, from tomato-sauced spaghetti to fettuccine tossed with mushrooms and Parmigiano, or linguine with clams, mussels, tomato, garlic, and earthy, grassy Pecorino. The lighter, snappier styles of Zinfandel ideal for homey pasta cuisine are still championed by Lodi-based producers such as Peirano Estate, Barsetti Vineyards, and Van Ruiten Family Winery, and with more contemporary, layered, and complex flourishes by wineries like McCay Cellars, The Lucas Winery, and Heritage Oak Winery.

• Autumn is as good a time for outdoor grilling as any other, and so for foods and vegetables charred over fire, soaked in sweet, tangy or spicy marinades, or lavished with cracked peppercorn or even chile peppers, the fuller throttled Zinfandels with more perceptive oak influence make a sensible match. Think of the Zinfandels bottled under Michael David’s Earthquake or Lust labels, Mettler Family Vineyards, any of Macchia Wines’ single-vineyard bottlings, or m2 Winery's unabashedly all-American oak-aged bottlings. Those of Harney Lane Winery, Klinker Brick Winery, Jessie’s Grove, Delicato Family's Gnarly Head brand, LangeTwins Family Winery & Vineyards, and even St. Amant Winery have been known to push the envelope in terms of pure fruit intensity, even if not so much in alcohol or oak intensity. 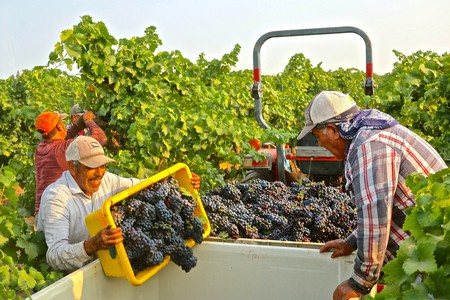 • It is also often said that lamb calls for herby, full-bodied reds like Cabernet Sauvignon. But if you take a leg of lamb and slather it with sweet/spicy mustard, or char-grill lamb chops with chunks of eggplant, or even entire racks coming out of the roaster dripping with buttery bread crumbs and slathered with sweet mint jelly, and all of a sudden deep-colored, sweetly jammy, peppery-spiced Zinfandels make all the sense in the world.

• Then there is the “other” white meat, almost any variation of pork. Fennel-specked Italian sausages from chorizo to linguica, center-cut chops pan-fried with pungent herbs (like rosemary or herbes de Provence), pork loins stuffed or sauced with fruit, and roasts or rolls of tenderloin smothered in wine, herbs, or even zesty barbecue sauces all call for a Zinfandel. Big fruit Zinfandel and pork make such effortless partners, you’d have to be either sensory-dead or a hopelessly effete snob to say that today’s more extravagantly scaled Zinfandels can’t make the greatest “food” wines. 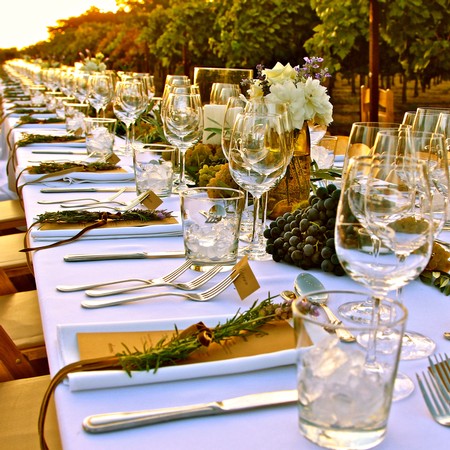