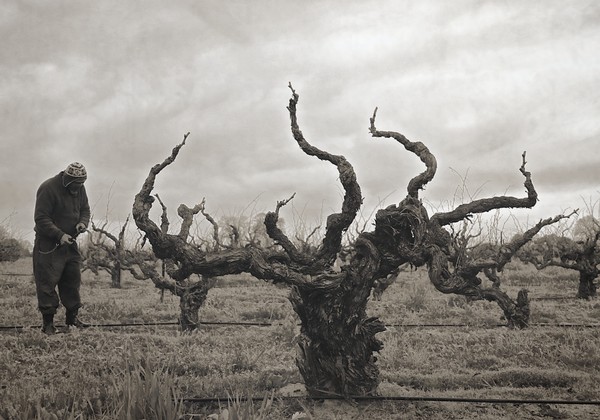 It's always hard to pick our "favorite" photos of Lodi wine country, but the less said the better about this collection, presented in order of the months and seasonal changes during the past year...

Depending on how you see it, December is the end or beginning of another cycle,
As grapevines retire after another year's work, in preparation for still another. 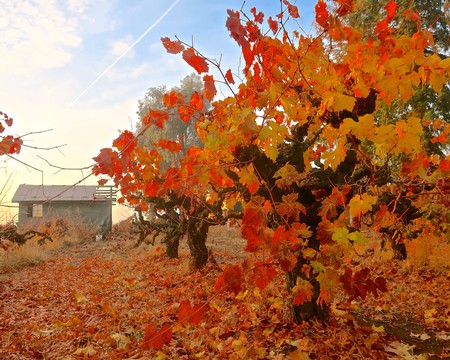 At the beginning of December 2020, these ancient vine Flame Tokay vines (over 100 years old) were clinging to their fiery colored leaves. 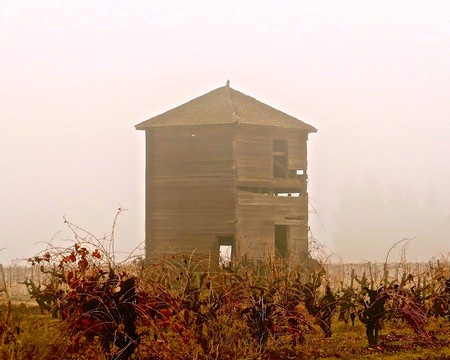 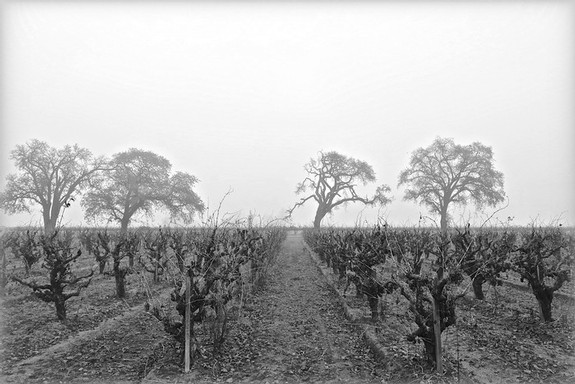 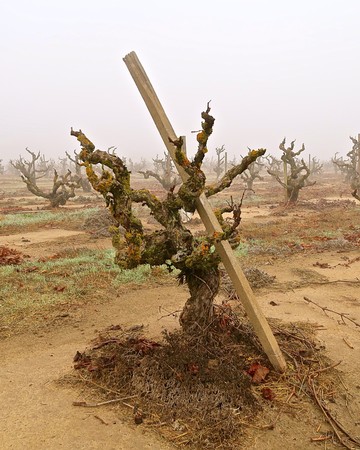 January can be dismal,
The gray and damp days punctuated by the green of moss growing on twisting vines. 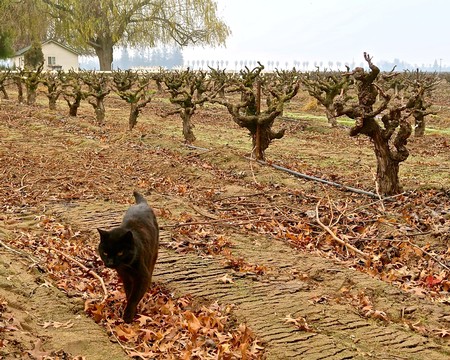 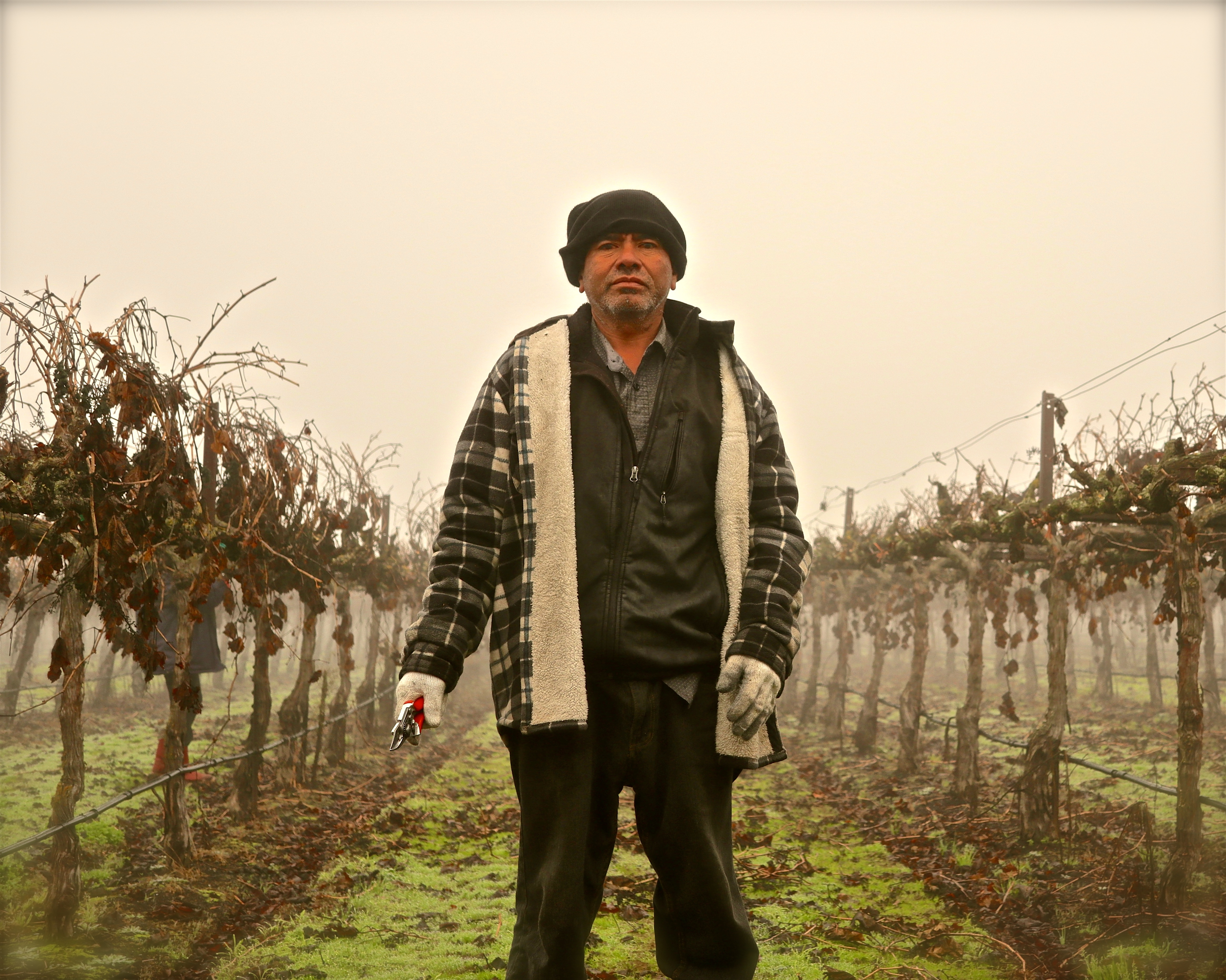 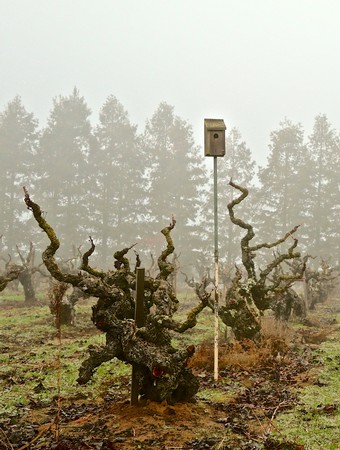 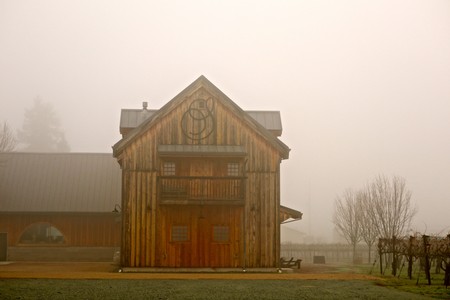 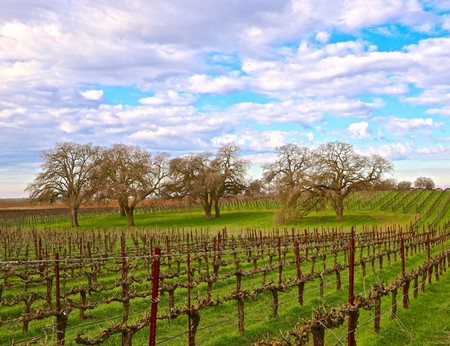 Ring of blue oaks and recently mowed cover crop in Bokisch family's Terra Alta Vineyard at the end of January.

In February the sun peeks through the heavy clouds,
And the naked vines are cloaked by mustard and green cover crops between the rows. 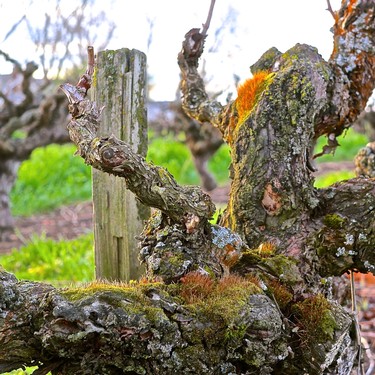 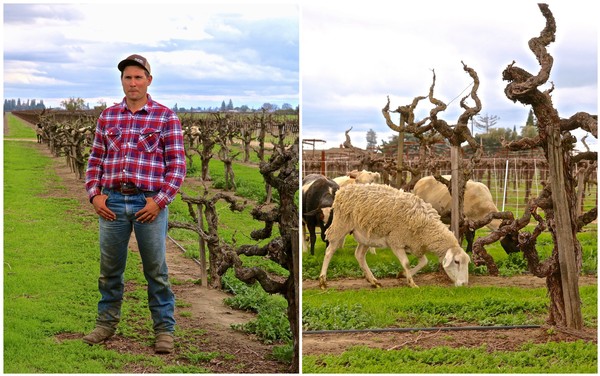 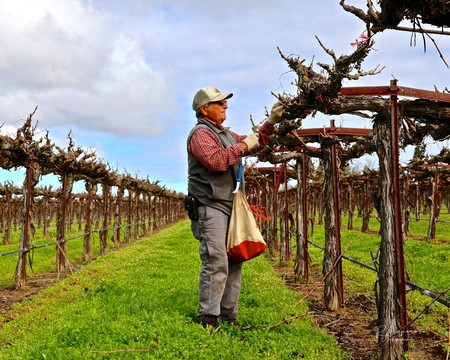 Winter tying of spurs on trellised Cabernet Sauvignon on Lodi's east side. 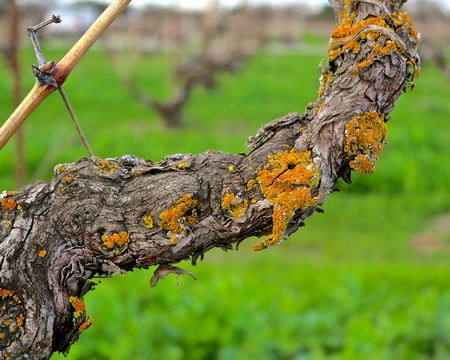 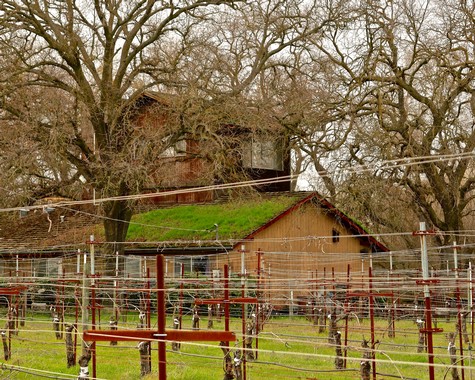 Mossy vineyard home tucked in among the oaks and vines of Mokelumne Glen Vineyards on Lodi's east side. 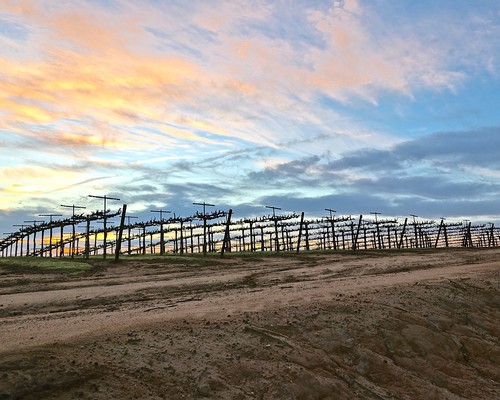 March is a race to finish the last of the pruning,
Before the vines are stirred from their winter slumber. 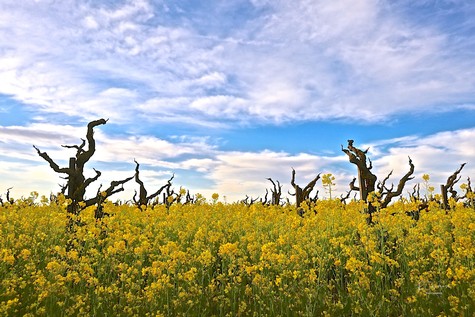 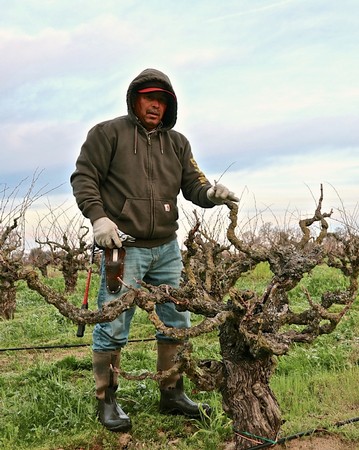 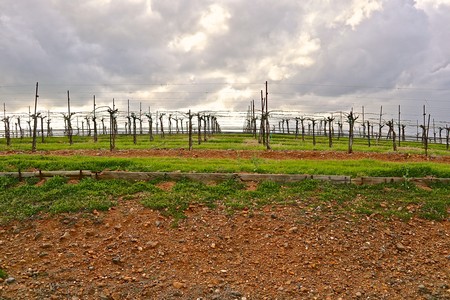 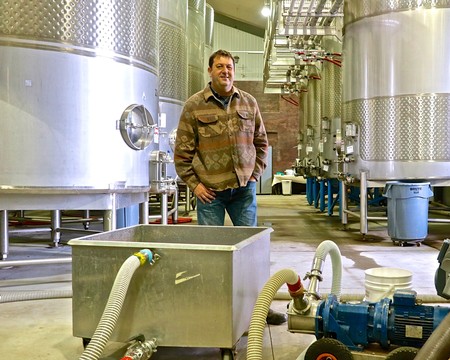 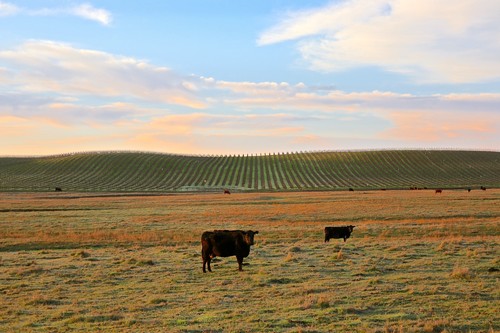 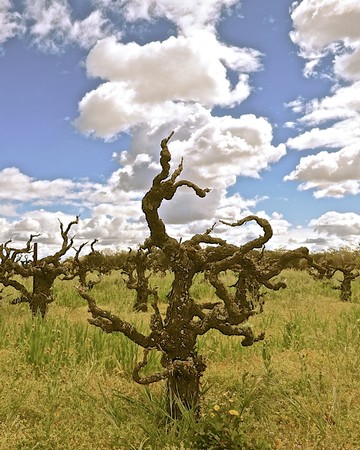 April showers bring the first glimmer of grapevine flowers,
And the annual 100-day race to ripening. 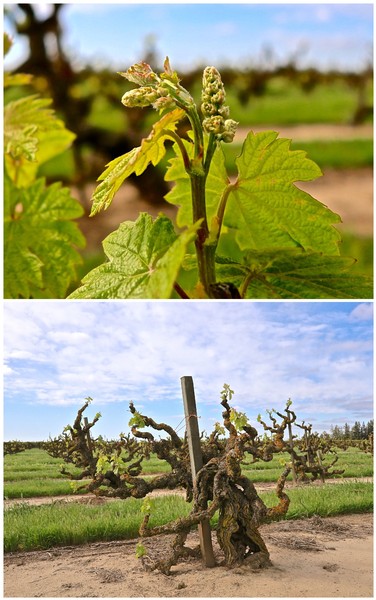 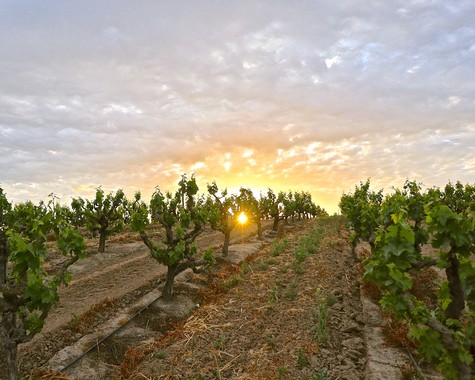 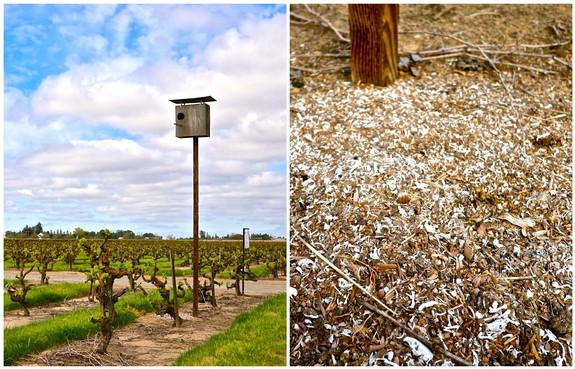 Owl box above bones of hundreds of devoured gophers in Lodi's Marian's Vineyard. 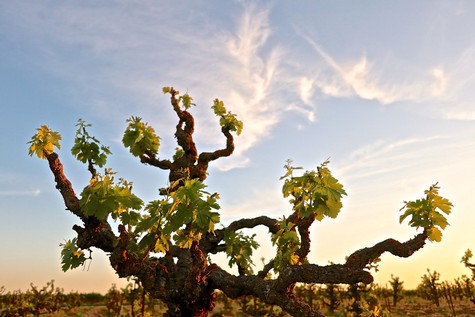 Early spring growth on ancient vine Zinfandel (planted in 1907) in Steacy Vineyard, on the east side of Lodi's Mokelumne River AVA.

May is the commencement of blue skies and rising mercury,
And the setting of beady green clusters on Lodi's tens of thousands of vines. 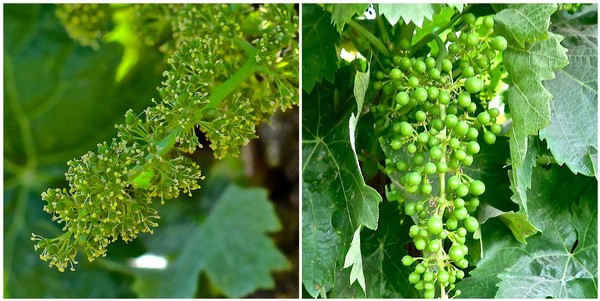 Carignan bloom and fruit set in Spenker Ranch, planted in 1900 on west side of Lodi's Mokelumne River AVA. 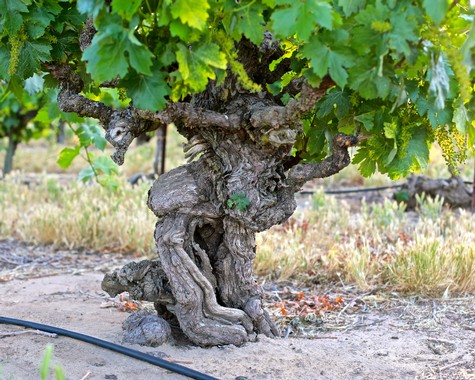 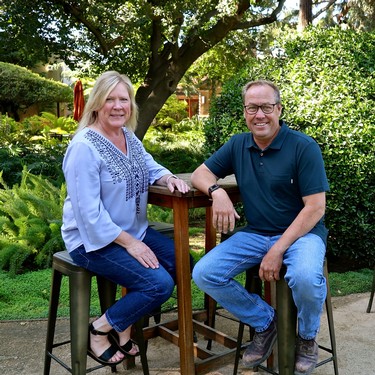 Fifth generation, east side Lodi farmers Jorja and Kyle Lerner enjoying the late May sunshine at their Harney Lane Winery. 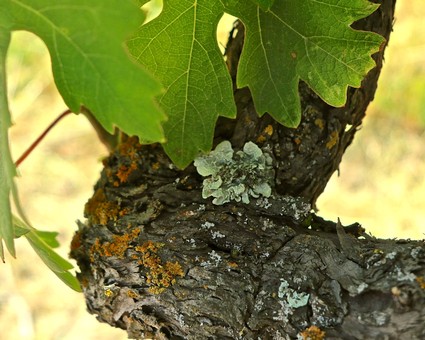 Our next blog post: The year's best photos of Lodi wine country (June to November 2021)