Mark Chandler and Jan Burlington Chandler are well known in the Lodi community – Mark as the former Executive Director of Lodi Winegrape Commission and a current wine industry consultant and Lodi City Council member, and Jan as President of San Joaquin Sulphur Co. and a Co-Chair for Lodi Memorial Health Foundation – and together they are now producing wines under the Burlington Chandler label, all grown from their own estate vineyards in Lodi.

Last week – during the final days of harvest at the Burlington Chandler Vineyard on the north and south sides of E. Peltier Rd. near Des Moines Rd. – Mr. Chandler took the time to chat about his two current releases: 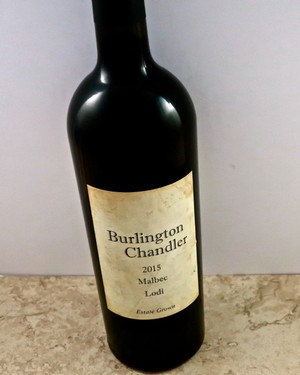 2014 Burlington Chandler, Lodi Cabernet Sauvignon (about $22) – Black cherry/blackcurrant aroma with subtle toasted/vanillin oak qualities; meaty yet round, finesseful, medium-full, emphasizing bright berry fruit rather than the herbiness usually associated with the varietal – think beef, lamb or portobello mushroom with a rich, suave sauce of demi-glace, if not melted garlic/shallot butter. 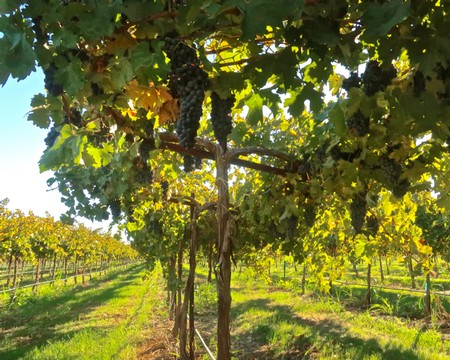 Chandler’s story echoes the fortunes of many other Lodi growers and vintners. He tells us: “Although I’ve been growing grapes here in Lodi for over 20 years, I feel like I’m finally returning to my roots, since I started off in the wine industry as a winemaker. My experience in that part of the business began in the early 1980s, when I worked at Andrés Wines in British Columbia. That was also when I got my first experience working with Lodi grapes – we used to haul truckloads of Lodi grown fruit all the way up to Canada.”

Chandler has been farming 40 acres of Cabernet Sauvignon in Lodi’s Clements Hills AVA since 1997; but the wines going into the current Burlington Chandler wines all come from their 140-acre parcel at E. Peltier Rd., just west of California Hwy. 99. Adds Chandler: “The property was originally known as the Jahant-Hutchins Ranch, named after two families who settled in Lodi in the 1860s. The entire piece was first planted to Tokay grapes, and then replanted with Zinfandel. By its third generation of vines, there was Zinfandel south of the road (in what is now known as the Mokelumne River Viticultural Area); and Cabernet Sauvignon, Chardonnay and a little Zinfandel north of the road (in what is now the Jahant-Lodi AVA). 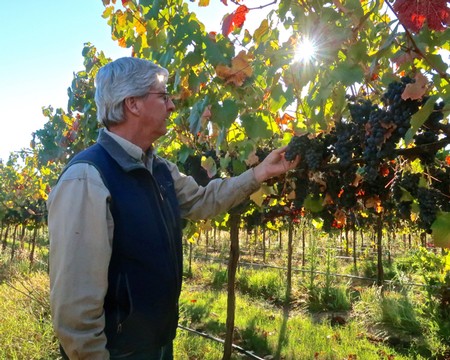 “The south side of E. Peltier Rd. has a very fine, yet deep and rich, (Tokay Series) sandy loam – classic Mokelumne River AVA soil. That’s why Tokay and Zinfandel was originally planted here. U.C. Davis studies have determined that our parcel south of the road is 98% effective in water draining straight down into the aquifer.

“Closer to the road on the north side, the soil is still a little sandy; but when you go a few yards in you get more into the clay soils, more suitable to Cabernet Sauvignon than Zinfandel. The transition of soil types was especially obvious in 2016, when we got those heavy winter rains, and the clay areas were where the water was standing for months. We were planning to plant our Cabernet block in the spring, but we weren’t able to do it until the end of the summer, when the ground finally dried up. 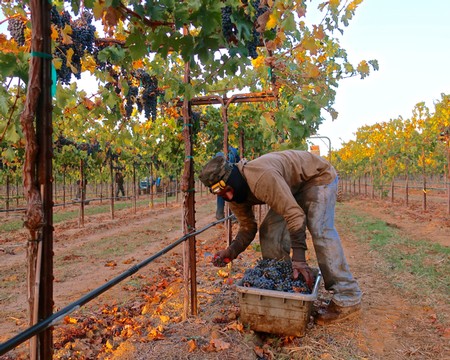 “Our Malbec comes from a 28-acre block south of E. Peltier Rd. We hand pick a little of that for our own wine, and the rest is sold to Delicato Family Vineyards. It was Michael David Winery that contracted the 80 acres of Cabernet Sauvignon planted north of the road in 2016, and I believe most of it goes into their Freakshow bottling. Working hand in hand with wineries is the way to go. We bought the Jahant-Hutchins property back in 2004 when the grape market was on a down-swing, and it took a few years before we were able to land contracts allowing us to go ahead and plant.

“All our new plantings are certified ‘green’ according to LODI RULES for Sustainable Winegrowing; and all of them are planted on quadrilateral trellises, which open up the canopy and allows us to optimize the fruit quality. Since our first vintages of Malbec, we’ve already discovered that the fruit ripening is measurably improved when you have a beautiful canopy of leaves. We hand pick grapes for ourselves as well as for Michael David, but the trellising also allows us to do things more efficiently in terms of mechanical harvesting – now that labor has become scarcer and more expensive each year. 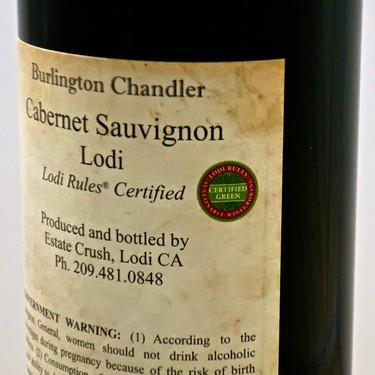 “We’re very committed to Cabernet Sauvignon – that’s the grape in greatest demand today. Mike McCay (of McCay Cellars) began producing a Malbec for our Burlington Chandler label in 2014; fermenting it his style, entirely with native yeast, and aging it entirely in French oak. Our first vintage, the 2015, is just beginning to show some of the bright blueberry fruit, which is a hallmark of the Malbec varietal. And our Burlington Chandler Cabernet Sauvignons have been produced for us by Estate Crush.

“We are just now beginning to feel our way into the market, which is very competitive. We’re still figuring out the best prices, and the best places to be. Most recently, our wines have been placed in restaurants like Central in Stockton, and Thai Spices and West Oak Nosh in Lodi. You can find our Malbec at the Lodi Wine & Visitor Center. We will also be adding a dry style Rosé of Malbec, which should be out in market as early as next February (2019); and finally, we will soon be adding a French oak aged Burlington Chandler Chardonnay to our portfolio.” 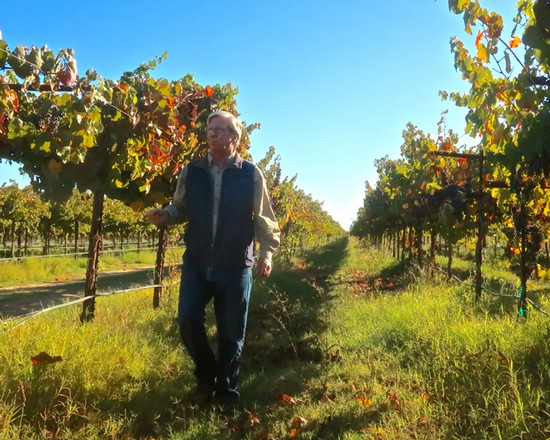