More wine myths we have known 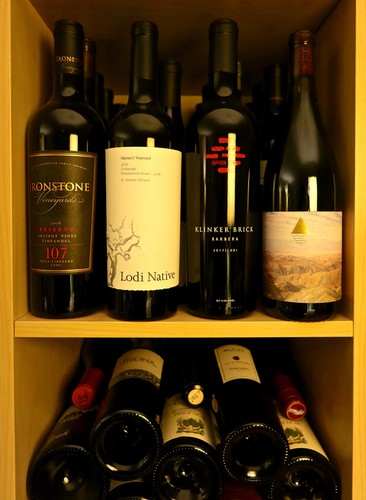 Do wine bottles need to be stored on their side or upright? We explore this and other common wine "myths."

The world is full of myths and legends. Why? Because, evidently, it's in our nature to be captivated by them. It's like in Peter Pan... "I do believe in fairies."

It's especially true when it comes to wine. We want to believe a lot of things about wines because mystique and imagination play as big a part in our enjoyment as dry facts and figures. But sometimes, imaginative notions hurt our appreciation of wines.

Take, for instance, numerical ratings of wines. We may truly want to believe that a 95-point wine is better than a 90-point wine, but logic tells you that the critics or magazines that conjure up these scores are as partial as anyone. At a certain quality level, ratings of wines are highly personal, and far from objective. It would be like giving The Beatles' "Yesterday" 95 points and The Rolling Stones' "Paint It Black" a 90, when in reality you may very much prefer "Paint It Black" and despise "Yesterday." Simply put, you cannot trust anyone to make a believable quality judgment on anything involving personal taste — and taste in wine is as personal as it gets. 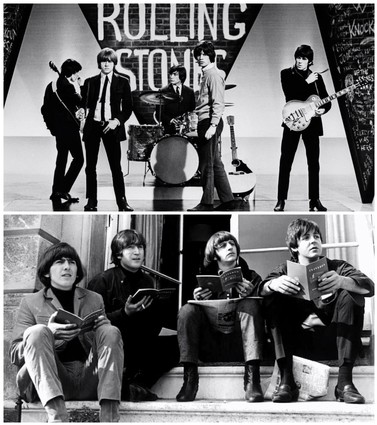 Stones vs. Beatles? As with all matters of taste (including wine), it's up to you, not someone's ratings.

Other myths are very broad, yet just as hard to kill. For years, as another example, it used to be "common knowledge" that the finest wines in the world came from France, and that wines from the places like California are, at best, pale imitations. Well, events like the Judgement of Paris in 1976, when French judges rated California wines more highly than comparable wines from France, quickly put an end to that assumption. 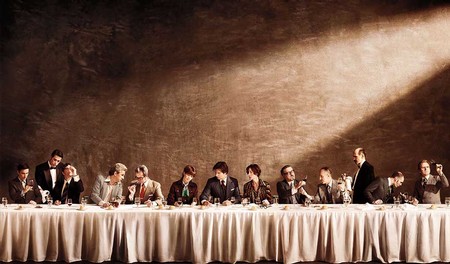 Artistic remembrance of the 1976 Judgement of Paris. drinkmemag.com.

Even though the Judgement of Paris also proved that taste in wine is, in fact, highly subjective, it was still shocking that French judges could be fooled into mistaking California wines for French. You can bet that, when handing in their scores, the French judges thought they were rating French wines higher, despite the fact that, at that time, those judges had virtually no experience tasting California wines, and thus were handicapped by having no basis of comparison. No matter — we now know California wines can be just as good.

Still another myth, hitting closer to home, is the persistent belief that Lodi is a super-hot wine region, resembling a desert, like much of the Central Valley between Modesto and Grapevine. Well, it is true that Lodi is a warm-climate region, and that it is located in the middle of California's Central Valley. But it is also true that Lodi's climate is now warmer than, say, the north end of Napa Valley, or the northeast side of Sonoma County, which are considered perfectly respectable places to grow wine grapes. And besides, take a look at this photo... 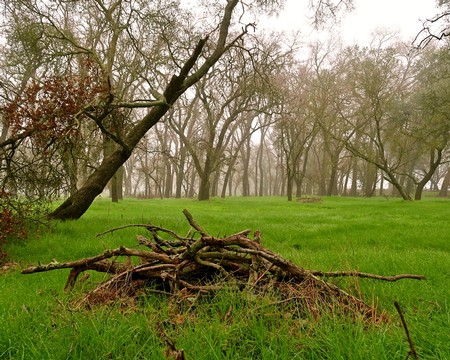 Does this look like a desert to you? It is, in fact, the 32-acre valley oak grove still standing in the heart of the Lodi appellation, part of the original 640-acre farm called Spenker Ranch, established by Joseph Spenker in 1870. When he established his farm, Spenker was determined to preserve a large chunk of his property exactly the way he found it, covered with gigantic ancient oaks and lush grassland. It's because of what he saw that he knew that he could easily grow a lot of different things once most of the ranch was cleared — first, wheat and rye, and then watermelons, and finally (starting in 1886) grapevines. His original 25 acres of vines (now called Bechthold Vineyard), is also still there, and still owned by Spenkers.

Yet the myth that Lodi is a hot, dry, and parched "desert," producing mediocre or average wines at best, persists in a lot of quarters. Needless to say, the farmers and vintners in Lodi have been doing a great job over the past 30 years (since the Lodi Winegrape Commission was established) to dispel these gross misperceptions. 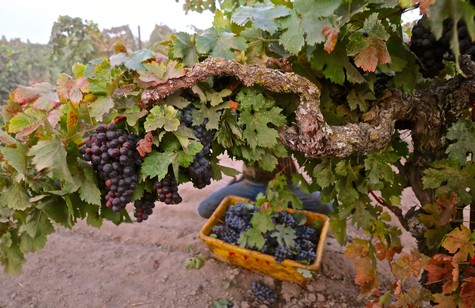 Just for fun, let's go over a few more common wine myths, some of which many wine lovers may not yet be aware of:

Myth: that, when storing wines, all bottles must be laid on their side to keep corks moist and prevent wines from oxidizing.

Virtually every book you find on wine appreciation still strongly advises you to store all wine bottles on their sides, lest the wines are ruined by air seeping through drying corks. Research papers going as far back as 2005, however, have clearly demonstrated that this is simply not true: There is plenty enough humidity in bottles keeping corks intact coming from the wines themselves (see Storing wine on its side is nonsense). In fact, researchers found that wine bottles are probably better off stored upright! If, however, you are storing wine for long-term aging, you still need to keep bottles as close to optimal temperatures (55° to 60° F) as possible, since temperature more than anything is what affects the quality of wines kept over long periods of time. 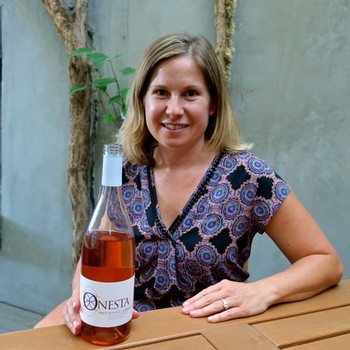 Myth: that the best rosés are ones that are "intentionally made," vinified from grapes picked specifically for rosés.

This is a more recent myth; nowadays, repeated over and over again. Yes, it is true that wonderful rosés are produced all around the world from grapes picked nice and early, when the fruit is high in acidity and sugars are low enough to produce rosés of moderate alcohol. Yet at the same time, there are wonderful rosés made from what is called the saignée (i.e., "bleed") method — when grapes are picked specifically to make red wines, but a little bit of low-color juice is drawn off the fermentation vats and fermented separately to produce a pink wine.

Somewhere along the line, however, many people began making the assumption that saignée style rosés are not nearly as good as rosés made from grapes picked just for pink wines. This defies logic because many of the most delicious, and perfectly well balanced, rosés are, in fact, saignées. One of Lodi's finest dry rosés, for example, is the Onesta Bechthold Vineyard Cinsaut, which is always made from at least 50% saignée. For over two decades one of California's best and most delicate rosés has been Napa Valley's Robert Sinskey Vin Gris of Pinot Noir, which is always a 100% saignée. So are the rosés of Cabernet Franc produced in France's Chinon region, including those of Charles Joguet, a legendary producer. Another perennial beauty is Pascal Jolivet's Sancerre Rosé, a 100% Pinot noir saignée. Suffice to say, don't believe anyone who tries to tell you that only "intentional" rosés are worth your time. Otherwise, you'll miss out on a lot of great ones. 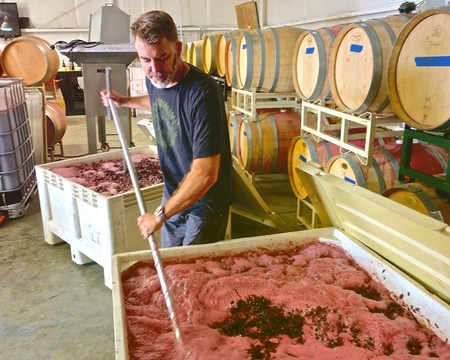 Myth: that "natural" wines are flawed or dirty.

There is a lot of this going around; and unfortunately, it comes mostly from apologists or self-appointed defenders of the more conventional side of the wine industry who just can't stand the idea of more hands-on, artisanal producers being successful making wines from strictly organic, sustainable or Biodynamic farmed grapes, employing natural or native yeast fermentation, and generally doing as little as possible to wines during the winemaking process. The implication is that there is something inherently bad about that.

Two things wrong with the argument that these styles of wines are flawed or dirty: 1) Many of these wines are still a lot more interesting, and aesthetically pleasing than the boatloads of conventional style wines you find in supermarkets or "super beverage stores" shelves; and 2) Some of our greatest wines in the world are, in fact, made by vintners who are extremely and proudly "natural."

Start with legendary French producers like Domaine de la Romanée-Conti in Burgundy, Domaine Tempier in Bandol, Château de Beaucastel in the Rhône, La Coulée de Serrant and Domaine Huet in the Loire, Domaine Zind-Humbrecht or Marcel Deiss in Alsace, or Lapierre, Foillard, Breton or Thevenet in Beaujolais. The list of prestigious and even mainstream California producers who are just as obsessively "natural" in their approach has grown almost as long (Turley, Neyers, Littorai, Failla, Ramey, De Loach, Quivira, Frog's Leap, et al.). We even have our own minimal intervention faction here in Lodi (such as McCay Cellars, Fields Family Wines, Markus Wine Co., or the Lodi Native group). There is, no matter what anyone says, nothing hinky about "natural" styles of wines. They can be just as good or average as any other style of wine, and often they're phenomenal! 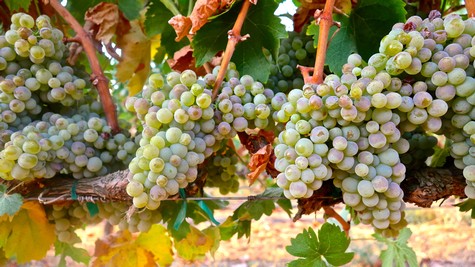 This is a wine geek's myth because many wine geeks are like readers of Peter Pan: They believe everything they are told. God bless 'em. But the reality is that there are many warm climate regions in the world that have always produced wines as high in natural acidity as any in the world. Take, for instance, the long-lived Sémillons of Australia's Hunter Valley, the Assyrtikos of Greece's Santorini, the Picpoul de Pinets of France's Languedoc, the Barberas of Amador County, or here in Lodi, wines made from Kerner, Vermentino, Grenache Blanc or Piquepoul. This myth persists because a lot of wine geeks simply don't understand fundamental principles, like the fact that certain grapes are more naturally suited to warmer climates and the fact that many of these warm climate regions have Mediterranean temperature patterns (meaning, warm to hot summer days offset by cool to cold nights), which is conducive to high acidity in grapes. 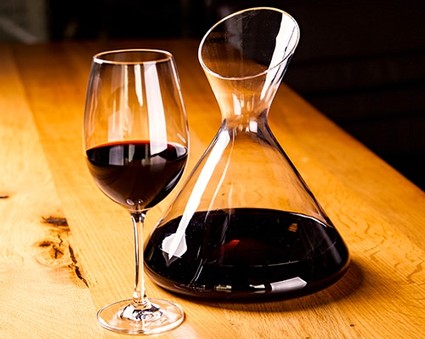 Myth: letting wines "breathe" by opening bottles or decanting them ahead of time improves their taste.

This is a myth that will die hard. We have written extensively on it (re Does price and letting wines "breathe" matter?, or Decanter magazine's How to let a wine breathe). Yet no matter what the evidence, wine lovers will still convince themselves that certain rituals can make a wine taste better. Such as: Opening a bottle an hour or two before drinking it, or pouring wine out ahead of time into a separate glass decanter to achieve maximum exposure to air (i.e., "breathing"). Yet it's been found, in an objective analysis conducted by British experts, that simply opening a bottle, pouring it into glasses, swirling it around, and enjoying it right away is not only just as effective, but probably results in a better-tasting wine. Elaborate rigmarole, as fun as it might be, really doesn't improve the experience. Most of the time, "simple" is best.

But go ahead and believe what you want, as long as you're enjoying your wine! 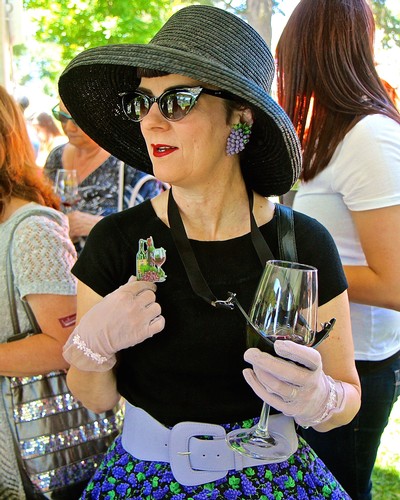