When gloomy gray Decembers are roused to Christmas mirth,

The dullest life remembers there once was joy on earth,

And draws from youth’s recesses

Some memory it possesses,

And, gazing through the lens of time, exaggerates its worth,

When gloomy gray December is roused to Christmas mirth...

For Christmas mirth in Lodi, all we need do, even during the grayest and dampest of days, is look outside our windows. When you live in Lodi wine country - with over 100,000 acres of wine grapes planted, easily the most widely planted wine region in North America - sometimes it's easy to overlook Nature's annual show of joy and colors.

Things we take for granted are things we just assume will always be: the plum-gray skies of Lodi's sunsets, like the Northern Lights in the Artic, or foamy waves on silky shores of tropical islands.

Over the past few Decembers we've managed to collect a few images that remind us of what makes Lodi special and, as Ella Wilcox also penned, "that life was made for loving, and only loving pays." At least that's what we hear ringing through the grape vines!

Lonely grapes that never quite made it into the picking bins, drying on leafless December vines 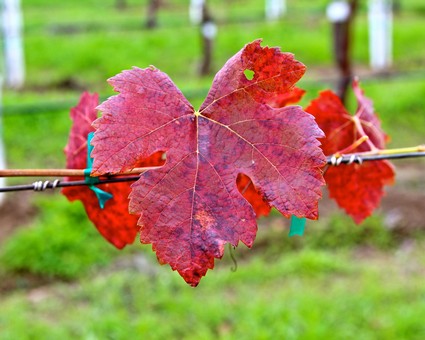 With tens of thousands of Lodi vines to hand-prune, the monumental yearly task usually begins in December

A festive Lodi Arch in December 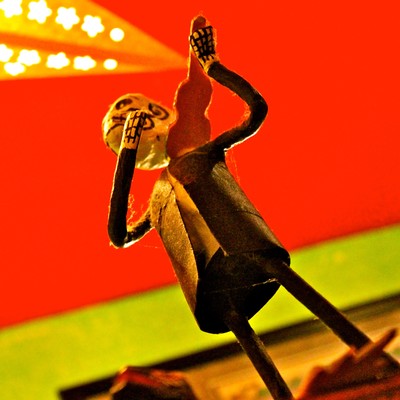 Wanda Van Santen
@ Dec 23, 2015 at 6:37 PM
My late husband enjoyed being part of the grape growing history! My heart is still in Lodi! Thank you so much for the beautiful pictures!vXJXKn