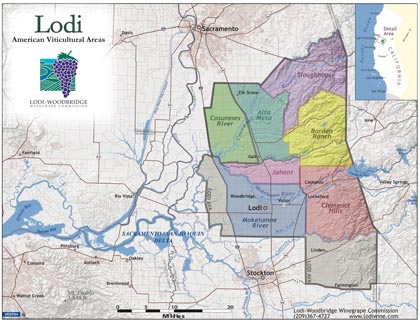 Most wines – be they from France, Italy, Spain, Chile, Australia, the U.S., or any other major wine producing country in the world – generally do not have a strong "sense of place" in their sensory attributes. For the most part, consumers who buy these wines are content just knowing whether they are white, red, pink, sparkling or fortified; and whether they are from California or New York, or French, Spanish, Australian, etc. Whether or not their taste is representative of a more specific region or vineyard is not such a big deal. 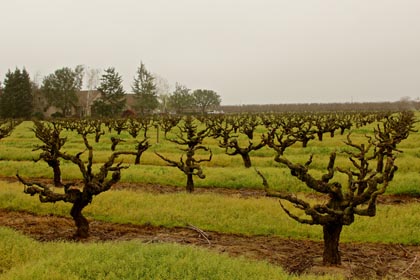 Place, or the name of a wine's origin, does matter – especially when you're paying a lot of money for a bottle. The last thing you want is a $100 bottle of Napa Valley wine that is actually made from much cheaper grapes grown closer to Fresno; a Chianti Classico made from grapes grown in Sicily, or a Pauillac that comes from France's vast Languedoc-Roussillon region.

Unscrupulous wine producers, alas, have historically done far worse; and time and time again, acquisitive wine lovers have proven all too willing to be deceived, spending as much as $4,000 for fraudulent bottles of purported Bordeaux, such as Château Pétrus or Château Mouton-Rothschild. Appellation laws, unfortunately, do not prevent law breaking. Ironically, since wine tasting is such subtle business, many wine lovers, including "experts," happily consume fake wines without even knowing the difference!

All the same, European countries began to establish official government enforced appellation systems to control usage of names of origins on labels as long ago as 1905. When the U.S. experienced its first modern-day "wine boom" between the late 1960s and early 1970s – and production particularly of premium quality table wines from California suddenly exploded – it started to make sense that the U.S. should also have its own official, government controlled appellation system.

The finest wines in the world, after all, are closely identified with the regions and sub-regions – down to the vineyards and sub-sections of vineyards – from which they are made; and American consumers as well as the America wine production industry and wine trade have longed for the day when their homegrown wines can be appreciated as much as any in the world. 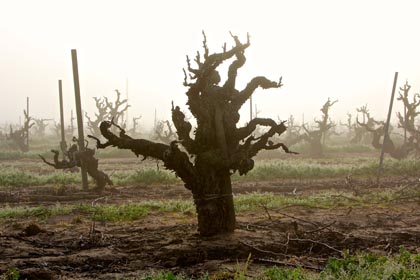 Ancient Carignan, planted around 1906 in the east side of Lodi’s Mokelumne River AVA

The response, in 1978, was the establishment of an ATF (Bureau of Alcohol, Tobacco, Firearms and Explosives) regulatory arm, allowing for the defining of viticultural areas – à la European style "appellations of origin" systems – within the U.S. for the purpose of controlled usage on wine labels and advertising.

Thereafter, any interested person or party could petition the ATF – today, split off as the TTB (the U.S. Department of the Treasury's Alcohol and Tobacco Tax and Trade Bureau) – to establish an AVA, providing that there is sufficient evidence to do so. Petitions must include:

• Evidence that the name of the proposed viticultural area is locally and/or nationally known as referring to the area specified in the petition.

• Historical or current evidence that the boundaries of the viticultural area are as specified in the petition.

• Evidence relating to the geographical characteristics (climate, soil elevation, topography, etc.) which distinguish the viticultural features of the proposed area from surrounding areas.

• A description of the specific boundaries of the viticultural area, based upon features that can be found on United States Geological Survey (i.e. USGS) maps of the largest applicable scale.

• A copy of the appropriate USGS maps with the boundaries prominently mapped.

Legally, federal law requires that 85% of any wine labeled with the name of an American Viticultural Area must come from that viticultural region. 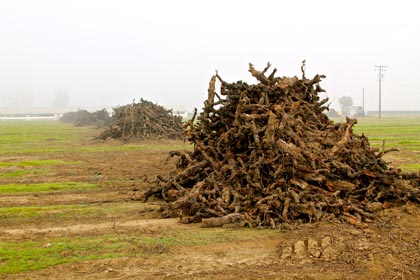 Why was this done on a federal rather than individual state level? This mostly made sense because viticultural regions are defined by natural rather than political boundaries. There are, in fact, a number of American Viticultural Areas that overlap in two or more states. America's largest AVA (in terms of physical size, not number of acres planted), the Upper Mississippi River Valley - at over 19 million acres, over 50 times larger than France’s Bordeaux regions - encompasses parts of Illinois, Iowa, Minnesota, and Wisconsin.

Because of its notoriety, you would think that Napa Valley would become America's first AVA. But the Napa Valley petition was delayed by contentious wrangling over proposed boundaries (and to this day, growers and vintners in Napa Valley are still arguing about it). Therefore, in June 1980 the much lesser known Augusta AVA in Missouri became the country’s first officially approved viticultural area. A Napa Valley AVA was approved in early 1981.

In the original 1982 petition for a Lodi AVA, it was noted that the viticultural area historically known as Lodi contained approximately 39,000 acres of vineyards and 15 bonded wineries. In the Lodi AVA we know today, there are over 103,000 acres of planted wine grapes (easily the most – even among much larger AVAs – in the U.S.), and over 80 bonded wineries… and growing.

In the Federal Register document acknowledging the 1986 approval, the Lodi AVA is described as "an inland area that is comprised mainly of alluvial fan, flood plain lands, and lower and higher terrace lands."

Next week, part 2: The expansion and controversial division of the Lodi Viticultural Area 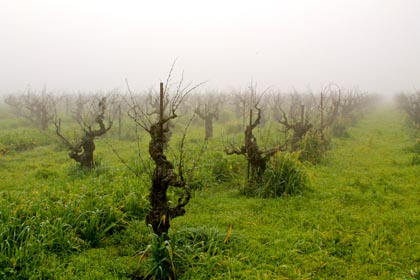