What a difference a grape makes 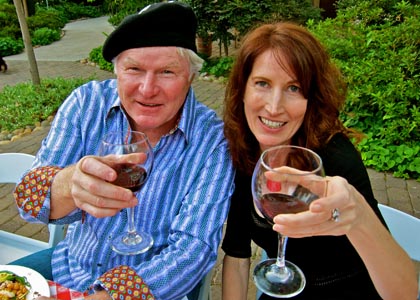 The grape makes the wine, no matter where it’s grown…

As discussed earlier in our Wine 101 installments, the grape variety (or varieties, if the wine is a blend of several grapes) is the single most significant factor differentiating the taste of wines.  Producers in the U.S., Australia, New Zealand, and South America make it easy for us to understand because wines from those countries are usually sold by the brand name (i.e. Woodbridge by Robert Mondavi, or LangeTwins Winery) followed by the name of the grape (Chardonnay, Merlot, Pinot Noir, etc.).  New World wines such as these are often called “varietal” wines; and the minimum percentage of how much of a stated grape goes into these bottlings according to law varies from country to country (in the U.S. it varies by state – in California, for instance, it is 75%, whereas in Oregon it is 90%). 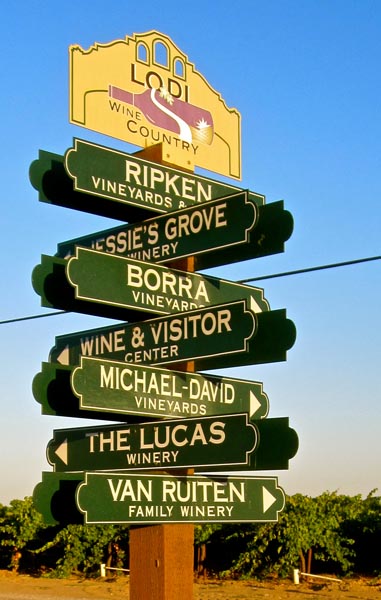 The finest wines of France, Spain and Italy, on the other hand, are primarily sold by the name of their region (or else village or vineyard) of origin, together with the name of the brand or producer, with no mention of the grape on the label at all.  So for consumers of European wines, a little knowledge (or homework) is required:  like knowing that white wines from France’s Burgundy region are always made from the Chardonnay grape, and red wines from Burgundy are made Pinot Noir.  Or in Italy, the fact that red wines from Tuscany are made primarily from the Sangiovese grape; and in Spain, the fact that Rioja is made primarily from Tempranillo.

The Lodi AVA is the single largest wine growing wine region in the U.S.  There are over 60 wine grape varieties grown in Lodi, although it is predominately a red wine region (approximately 66% of Lodi’s acreage is planted to black skinned grapes).  Zinfandel, Cabernet Sauvignon and Merlot account for the lion’s share; and as with Zinfandel, Cabernet Sauvignon and Merlot, there is more Chardonnay, Sauvignon Blanc, Pinot Gris, and Petite Sirah grown in Lodi than in any other region in California (and yes, that includes the well known counties of Napa and Sonoma).

Here is a quick sensory profile of the four most widely planted grapes in Lodi, with photos taken this past week: 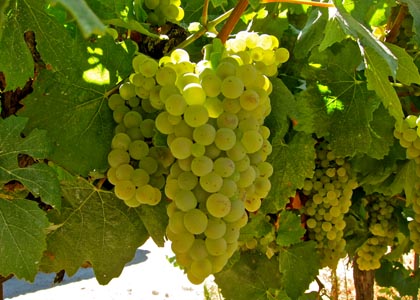 Nose: The original white grape of Burgundy in France (now planted nearly everywhere fine wine is made), Chardonnay is apple-like, but can also pineappley; and when fermented and aged in white oak barrels (as commonly done), having the addition of creamy, vanillin, sometimes buttery and often charred or “toasty” aromas.

Palate: Grown in its native France, the Chardonnay grape makes dry whites, medium to medium-full in body, with moderately crisp acidity.  In the warmer regions of the U.S. (such as Lodi), Australia and other parts of the New World, Chardonnay based whites tend to be more aggressively full in body (13% to 14% alcohol is a norm), relatively low in acidity, with a heavier, softer, sweetly fruit-forward, “fat” feel.  The big plus wherever it is grown is its texture – unlike other white varieties, coming across as dense, rounded, viscous, almost oily in richness, especially when enhanced by higher alcohol components like glycerol, and combined with the creamy or buttery qualities derived from white oak barrel fermentation and aging. 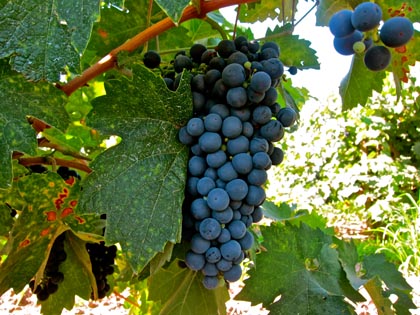 Nose: Zinfandel’s typically blackberry and/or raspberry fruitiness is often intensified to the point of jamminess (like berries cooked with pectin), while enhanced by distinctive spice notes suggesting black pepper, and often cinnamon, even clove-like aromas.  When picked overripe (not uncommon in California’s warmer climate vineyards), Zinfandel ca be raisiny in the nose; and when slightly underripe (a rarity in Lodi), closer to cranberry or sour cherry in its fruitiness.

Palate: A fun varietal, varying from light and easy to medium bodied (13% to 14% alcohol), straight on up to big, black and powerful (15% to 16%+ alcohol), with corresponding levels of tannin adding to the weight.   Notorious for uneven ripening everywhere it is grown (not just in Lodi), Zinfandel clusters are typically composed of small to large sized berries; resulting in the jammy qualities as well as a moderate, yet notably zesty, acidity that brightens the ripe fruit characteristics on the palate, whether the wine is less than 14% or more than 16% in alcohol. 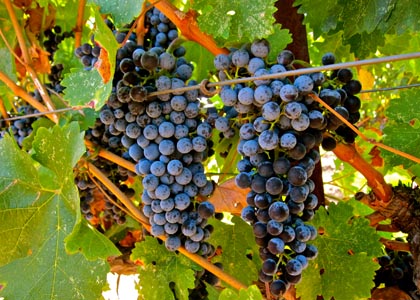 Nose: Multi-dimensional “black” fruit related aromas such as blackberry, blackcurrant and cassis (blackcurrant liqueur), tinged with minty and often herbaceous (weedy, bell peppery, and even olive-like) complexities; almost always aged in white oak barrels, which add vanillin, smoky (like cigar boxes), often dill-like or even buttery elements.  If anything, Lodi grown Cabernet Sauvignons tend to lean more towards riper, less weedy/herbaceous styles than that of Napa and Sonoma, but also tend to be softer or rounder in texture.

Palate: Almost always a full bodied varietal red, low in acidity, medium to very strong in tannin, and very dark, vividly pigmented in youth.  Often blended with softer tannin grapes (usually Merlot and Cabernet Franc, and sometimes Malbec and/or Petit Verdot); but when bottled as a varietal, Cabernet Sauvignon is invariably as dense and full in body as a red wine can get.

Palate: Makes full bodied varietal reds of generous alcohol (usually 13% to 14%), low acidity, and vivid purplish ruby color; not unlike Cabernet Sauvignon in these respects.  But unlike Cabernet Sauvignon, Merlot typically softer in tannin, giving an attractively round, sometimes fat or fleshy feel that is accentuated all the more by the generously aromatic nature of its varietal character.