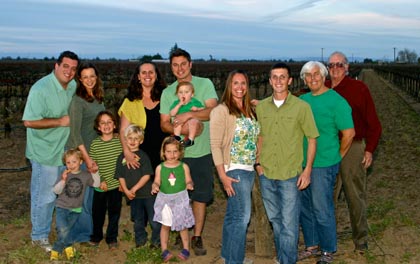 According to Rip's daughter, winemaker Susan Ripken, "My dad would go around during Christmas time and play Santa by handing out the wine we were making on the side to anyone he could think of. Eventually we realized we were above our legally permitted gallons, and we needed to become a bonded winery before the government hauled my dad off to jail!" 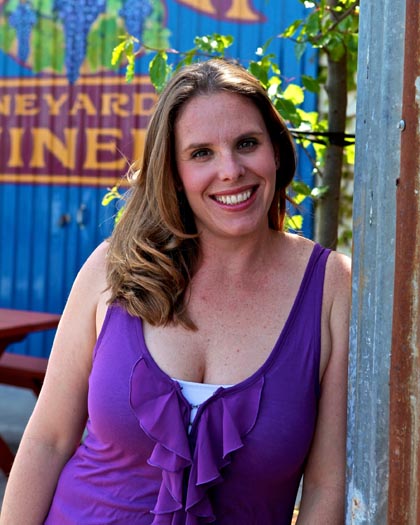 The Ripken family has their own holiday traditions. Rip and Nancy Ripken's three grown-up kids – Madelyn, Ryan and Susan – still hang their stockings knit long ago by Rip's aunt over their respective fireplaces with care. More unusual, though, is their "pickle game." Says Susan, "Supposedly this is a German tradition, but we haven’t come across anyone else who knows about it. My mom has a pickle ornament that she hides on the tree, and whoever finds it wins a big cash prize.

"The pickle game sounds easy, but my mom has boxes and boxes of ornaments – ones she's collected from her parents, her in-laws, us kids, grandkids… even toys that she added a hook to and turned into an ornament. She's up to thousands of them, and they all go up on the tree. We even have an ornament for our beloved dog to find pull off the tree every year. This leads to the counting game…

"As my mom puts up the ornaments she counts, and later we guess. Whoever gets the closest without going over also wins a $$ prize. Sometimes she loses track of the number as she hangs them, and then it becomes an 'estimate game,' which we still find a way to fight over. My brother Ryan threatens to make posters every year warning people not to sell her any more ornaments."

Then there is the dreaded phone call from the Old Country. Says Susan, "Every year the phone rings, and it's our relatives in Germany. None of us are any good with our German, and none of them are any good with their English, so there is always some awkward silence, and a lot of yas and neins." 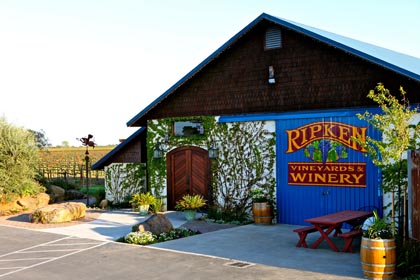 A big plus, according to Susan, is the fact that "my dad is the worst shopper. So every year he hands us grocery bags full of catalogs, and tells us to mark what we want and he orders it. My sister-in-law Emily picked out a swimsuit for herself, and she still gets funny smirks when she tells people her father-in-law bought it for her."

On Christmas morning the Ripkens get together for a big breakfast, followed by the usual ceremony of presents around the tree. For Christmas dinner, Nancy usually prepares turkeys with all the fixings; and in recent years years, there has also been a Christmas Eve Dungeness crab feed, which they enjoy with a white wine like their 2009 Ripken Under the Sea Lodi Viognier ($12) – so called because their Viognier grapes are grown below sea level on the far western edges of Lodi, where Delta waters are held up by levees. 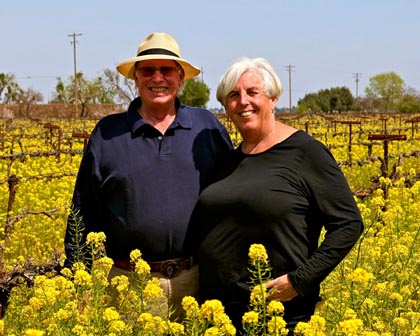 Says Susan, "Most people don’t realize that wineries send their growers gifts of wine, so there is always lots of bottles around. The holidays are also a great time for the family to get together and taste all of our own Ripken wines."

According to Susan, "This year plan to start with our 2012 Ripken WineBarn Lodi White ($16) – a Grenache Blanc, Viognier and Roussanne blend – with our appetizers. We usually have shrimp served with my dad's homemade cocktail sauce – since he likes horseradish, the sauce always has a real kick, but the fruitiness of the WineBarn White calms the spice.

"For dinner we will open our best-of-class/gold medal winning (2013 California State Fair Commercial Wine Competition) 2010 Ripken Lodi Pinot Noir ($28). The Pinot will go great with the turkey, especially because of its cranberry and cherry notes, medium body and oak spice.

We've also just released our 2012 Ripken WineBarn Lodi Red ($22), which is an unusual, Portuguese style blend of Trincadeira Preta, Tinta Roriz, Touriga Nacional and Souzão – loaded with spice and raspberry, with just moderate tannin. We'll also have our new 2011 Ripken Lodi Primitivo ($22) to enjoy with our turkey, stuffing and cranberry."

The Ripken family motto is, "We go down the road less travelled to bring you wine that is different" – but it still sounds like a typically great Lodi Wine Country Christmas! 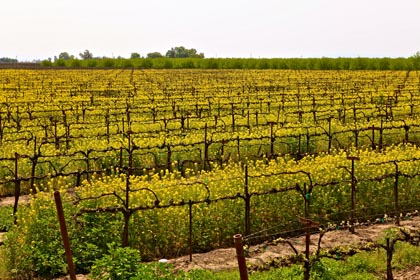