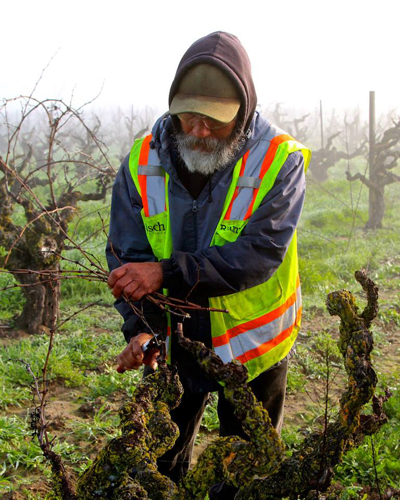 Continued from: The Mokelumne River Viticultural Area (part 1 and part 2)

About 40% of California's entire annual Zinfandel production is grown in the Lodi AVA; almost all of that, in the 42,000 acres of planted vines comprising the Lodi sub-region of Mokelumne River AVA. While Zinfandel is considered Mokelumne River's heritage wine grape – cultivated in the region since the late 1850s – it is by no means the only variety of Vitis vinifera flourishing in this appellation. Black skinned varieties such as Carignan, Grenache, and Alicante Bouschet have been cultivated within the boundaries of the Mokelumne River AVA since the nineteenth century, and are still in great demand from giant production to boutique sized wineries, operating outside and inside the Lodi AVA.

At the beginning of the modern wine era in the 1960s, white wine grapes such as Chenin Blanc and Colombard were widely planted in the Mokelumne River AVA to meet the needs of a sudden "white wine boom." Colombard was originally brought into San Joaquin Valley and planted by George West, founder of El Pinal Winery (est. 1858 in Stockton), and the grape was called “West’s White Prolific.” Zinfandel and Carignan remained the major black skinned grapes for red wine production; even during the 1970s, when the domestic wine market began to transition from generic "jug" and sweet dessert wines to premium varietal wines.

However, even up until the 1980s, the Mokelumne River region's predominant Vitis vinifera was actually Flame Tokay, grown in the region for the table grape market (as well as for fortified dessert wine production) since the 1850s. As Flame Tokay began to be phased out in the fresh markets in favor of hybridized Flame Seedless grapes better suited to Southern San Joaquin Valley (between Madera and Kern Counties), thousands of Mokelumne River acres devoted to Flame Tokay were replanted or grafted over to wine grapes needed to meet the growing demand for premium varietal wine grapes such as Cabernet Sauvignon, Chardonnay, Sauvignon Blanc, Merlot, Syrah, Viognier, Pinot Noir, as well as increased plantings of Zinfandel (including its clonal variant, Primitivo) and Petite Sirah.

Today, along with popular varieties, there is a small but growing consumer interest in alternative style wines. Wine producers, large and small, are now sourcing numerous wine grapes to fill that market. Among the more unusual or up-and-coming grapes now grown in the Mokelumne River AVA: Spanish varieties like Albariño and Graciano; Italian grapes such as Teroldego and Aglianico; Southern French varieties such as Piquepoul and Roussanne; Mediterranean grapes like Vermentino and Tannat; crosses such as Pinotage and Zweigelt; and even German cultivars such as Riesling, Kerner, Bacchus, Ehrenfelser, Dornfelder and Blaufränkisch. 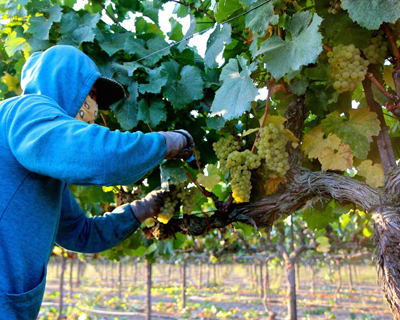 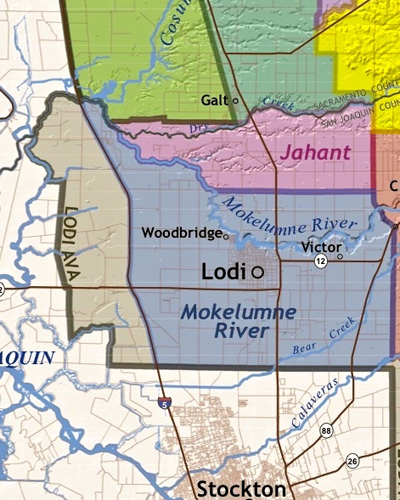 In the latter half of the nineteenth century, the microscopic phylloxera root louse killed off vineyards everywhere else in California (with the exception of Contra Costa County vineyards, grown in extremely sandy soil) and most major wine regions around the world; necessitating the grafting of phylloxera-resistant rootstocks, primarily derived from native American species (Vitis labrusca). Because sandy soils have always been inhospitable to phylloxera, thousands of acres of Vitis vinifera planted in the Mokelumne River area before and after 1900 have been able to survive ungrafted, producing healthy yields on their own natural roots.

Is own-rooted Vitis vinifera superior to grafted Vitis vinifera? There is plenty of evidence supporting the advantages of selecting rootstocks for specific sites and performance expectations. By far the most popular rootstock selected for replantings of Zinfandel throughout California before and after the turn of the last century was St. George (that of Vitis rupestris). However, usage of St. George was not as necessary in the Mokelumne River AVA, where own-rooted old vines prevailed. Turley Wine Cellars' Steacy Vineyard and Rous Vineyard (bottlings by McCay Cellars, Macchia Wines and Ironstone Vineyards), first planted on the east side of Mokelumne River in 1907 and 1909 respectively, are the appellation's oldest known Zinfandel planting on St. George. On the west side, the Maley family's Wegat Vineyard (single-vineyard bottlings by Macchia Wines and the Lodi Native project) and TruLux Vineyard (McCay Cellars and Lodi Native) are perhaps the best known Zinfandel growths planted on St. George.

St. George is known for its extensive, high vigor root system and reduced fruit set – ideal for varieties like Zinfandel – but is also susceptible to nematodes, which can debilitate vigor and yields, especially in moist soil conditions. In the Mokelumne River AVA, Zinfandel on both natural and St. George rootstocks have been observed to ripen early with moderate yields, leading to the conclusion that the prevailing factor for high performing old vines in this region has not been choice of rootstocks, but rather the region's combination of sandy soil composition and mild Mediterranean climate. 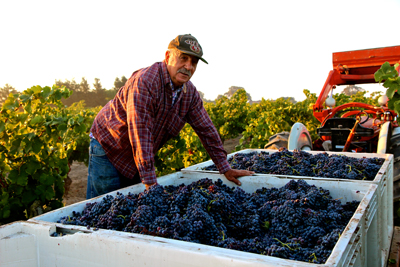 One of the more unusual stories illustrating the history of Mokelumne River AVA viticulture is that of Bechthold Vineyard; still owned by descendants of Joseph Spenker, a German emigrant who planted this 25-acre vineyard in 1886 at the center of what was once a 1,000-acre ranch (still called Spenker Ranch, but also known as the home estate of Jessie's Grove Winery). Spenker planted his first vineyard entirely with cuttings of one grape variety listed as Black Malvoisie (unlike many present-day ancient vine plantings, Bechthold Vineyard is not a mixed block); procured from a nursery belonging to El Pinal Winery.

For 108 years the Spenker family farmed and sold the black skinned grapes from their first planting for bottom-of-the-market prices; primarily to home winemakers across the country, since there was virtually no winery demand for grapes called Black Malvoisie. In 2004, just as Al and Wanda Woock Bechthold were seriously considering pulling up the vineyard, leaf samples were brought to the attention of U.C. Davis researchers, who determined that this so-called Black Malvoisie was identical to Cinsaut, a Southern French grape in much greater demand, especially from well known California "Rhône" style producers such as Bonny Doon Vineyard.

Today, exemplifying much of the recent history of Lodi winegrowing, Bechthold Vineyard Cinsaut grapes are held in much higher esteem. The vineyard is leased from the family and farmed organically by Phillips Farms (Michael David Winery‘s farming arm), and grapes sell for more than eight times more than during the 1990s. Red as well as rosé style varietal Cinsauts are produced by several acclaimed wineries, such as Turley Wine Cellars, Michael David Winery, The Scholium Project, and Onesta Wines. In 2014, California State Fair named Bechthold Vineyard the "California Vineyard of the Year," and it remains as Lodi's oldest continuously farmed vineyard, and one of the oldest single blocks of ungrafted vines in California. 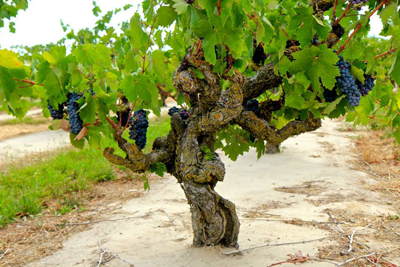