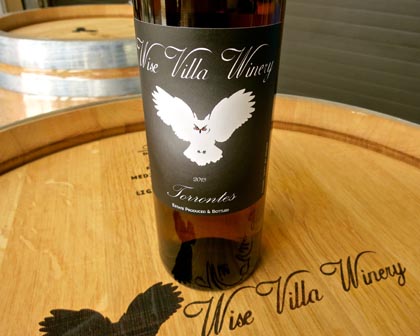 Lodi's most celebrated wine at the moment is not a Zinfandel; nor is it a fashionable Albariño or Tempranillo. It is a (drum roll, please…) a varietal white wine made from the Torrontés grape!

Torrontés is fairly rare in California – the only Golden State grower cultivating it with serious commercial interest is Ron Silva in his Silvaspoons Vineyards, located in Lodi's Alta Mesa AVA – but is the most widely planted white wine grape in Argentina.

Up until just a few years ago, the grape was thought to be the same as the variety known as Torrontés in Galicia in Spain (where it is also called Albillo Mayor), but recent DNA profiling has shown that there is no relation. In fact, the Torrontés varieties grown in Argentina (there appears to be three variants there) are all completely separate Vitis vinifera crossings of Mission (also called Criolla Chica) and Muscat of Alexandria. 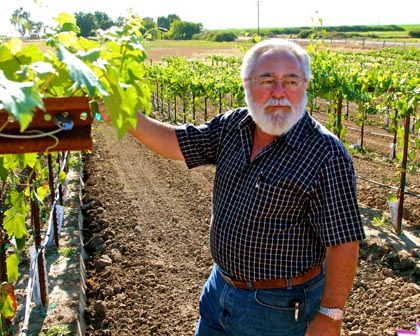 Wow. The only other time a Lodi white wine has finished as high was two years ago, when the 2011 Kenneth Volk Alta Mesa Torrontés – grown, of course, by Lodi's Silvaspoons Vineyards – won "Best of Show White" at the 2012 California State Fair Commercial Wine Competition.

The 2013 Wise Villa Torrontés – produced and bottled by one of the newer Sierra Foothills wineries (all of Wise Villa Winery's other wines are grown on their own estate), located just outside of the Placer County town of Lincoln – is very much a showy, and show stopping, wine: its ultra-intense fragrance suggesting tropical fruits and flowers, with a pear-like essence, and tasting fresh, delicate, soft yet zesty with natural acidity. Think Lindsay Lohan in a baby powder scented bath with candles wafting tropical perfumes.

The alcohol of the Wise Villa Torrontés is indeed a waif-ish 11.8%, and its natural fruit qualities are mobilized by just a whisper of residual sugar (.8%). According to Wise Villa Associate Winemaker/Manager Kevin Luther, "Because of its balancing acidity, to most people the Torrontés tastes completely dry, since .8% is just barely above the threshold of perception. But frankly, the wine would taste almost overbearingly crisp if not for that slight cushion of residual sugar."

The 2013 was Wise Villa's third vintage of a Silvaspoons grown Torrontés. Mr. Luther credits Ron Silva 100% for encouraging them to take the Torrontés at a relatively low 20° Brix (i.e. sugar reading), when the grapes were still bursting with acidity. Most California winemakers' instincts are to wait longer, when grape flavors are more mature, and when natural acidity is considerably softer. 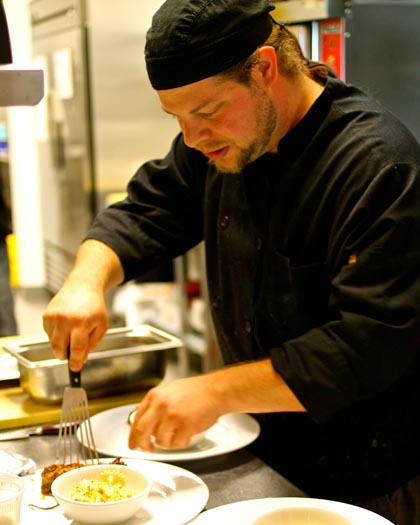 Says Luther, "After working with Ron for a few years, I've come to trust his instincts, and took his word and picked the grapes at a lower sugar level. The common thinking is to wait for riper flavors, but that would have given us higher alcohol. But even at 20° Brix, all the wonderful, tropical Torrontés aromas were still there, and we got a citrusy crispness to balance the approachable, fruit forward flavors.

"In fact, the grapes were so delicious when they first arrived at the winery, that our chef (James Herzig, who heads up the kitchen at the winery's on-premise "Bistro") rushed out and grabbed an entire bucket of grapes, and used them on his artisan cheese platters."

Although Wise Villa's specialties are estate grown Cabernet Sauvignon, Petite Sirah and Syrah, Luther is particularly excited about working with Silvaspoons grown Torrontés because he had once worked a harvest at an Argentine winery with the famous consulting winemaker, Paul Hobbs. "In Argentina, Torrontés is the grape," says Luther, "like what Chardonnay is to California."

Adds Luther, "It was amazing to find Ron Silva working with the grape. He has a real passion for wine varieties that may not be mainstream here, but are considered high quality elsewhere. He deserves all the credit for being the only one with the courage to grow Torrontés in California. Our job has been not to mess it up."

In the winery Luther applies meticulous winemaking practices to preserve the natural qualities intrinsic to the variety; particularly by triple sorting, exacting very cold (40° F.), slow fermentation in stainless steel tanks, and bottling almost immediately after fermentation. "The idea is to make sure that not one grape going into the fermentor is less than pure, and you ferment cold so that you retain as much of that beautiful fruit aroma as possible. Think of it as being like a top chef – to end up with the best dish you start with perfect ingredients, like the best tomatoes or the best stock… you don't want to screw yourself by adding anything less than pure." 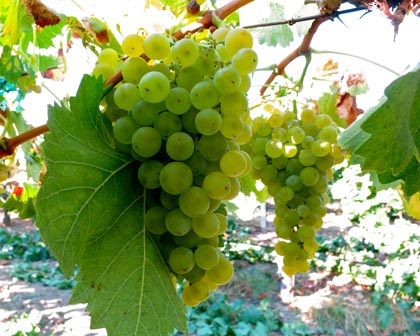 Speaking of chefs, Chef Herzig enjoys working with Torrontés as much as Mr. Luther and Wise Villa Owner/Winemaker Dr. Grover Lee enjoy making it. It is a food-versatile wine, but an ideal match, says Herzig, has been "our Hawaiian catch… particularly panko crusted ono (Hawaiian wahoo fish) which we serve with a mango-avocado-key lime salsa, a cilantro salt, a pineapple Thai rice, and braised greens laced with coconut milk." Double-wow… 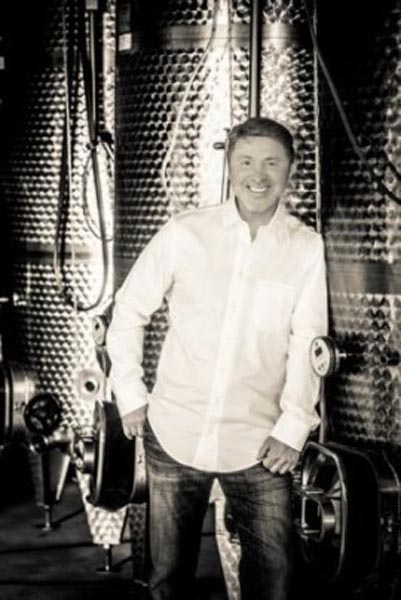