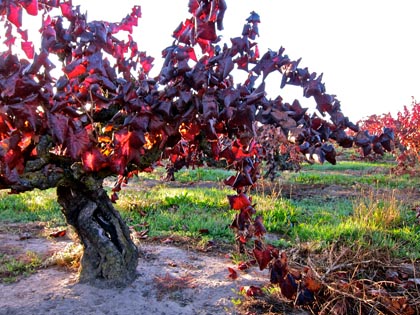 The blindingly scarlet colors of Mohr-Fry Ranches Alicante Bouschet in 2012, just before being uprooted

Harmony Wynelands has recently released the last of its wines from one of the Lodi AVA's most venerated ancient vine plantings: Mohr-Fry Ranches' twelve and a half acres of Alicante Bouschet, which originally went into the ground in 1921, but was completely torn out following the 2012 vintage. 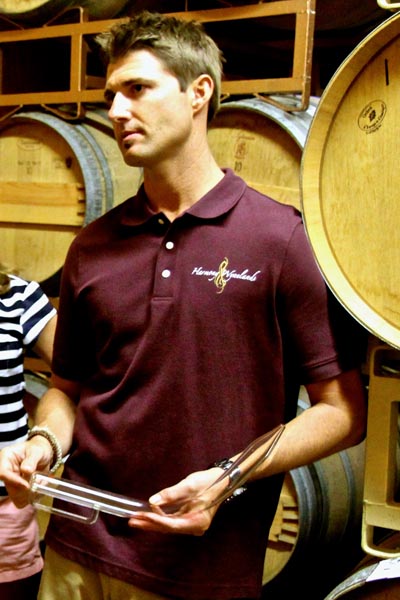 Says winemaker Shaun MacKay, "Ironically, the last of our Mohr-Fry Alicantes may have been our best. The acidity is all natural, and the alcohol was just 13.6% – the lowest we had ever done with this wine. That's why I like it so much – it has that classic combination of intensity and balance. I think it's going to be another medal winner."

MacKay is referring to the fact that three previous vintages of Harmony Wynelands Alicante Bouschet have won gold medals at the San Francisco Chronicle Wine Competition; especially since, in recent years, judges have been leaning more towards wines that are lower in alcohol, and with less overripe, sweet fruit aromatics.

Granted, of course, Harmony Wynelands' Alicante Bouschet has stood out because, outside of Lodi, there's virtually no other varietal Alicante Bouschets produced. Although an obscurity in the U.S., the grape is still the twelfth most widely planted red wine variety in France, where it was originally developed in 1866 as a cross of two varieties of Vitis Vinifera – Petit Bouschet x Grenache – by Henri Bouschet (Petit Bouschet itself was another vinifera crossing, created by Bouschet's father, Louis Bouschet).

Alicante Bouschet is also one of the few varieties of Vitis vinifera that is a teinturier: a grape with red, rather than white, colored juice (the pulp of most vinifera, such as Zinfandel, Pinot Noir and Chardonnay, is a clear white). Once upon a time, Alicante Bouschet was the second most planted wine grape in California; seeing its heyday during Prohibition years because of its thick, dark skin, and ability to withstand long train rides from California to the East Coast to get to home winemakers. 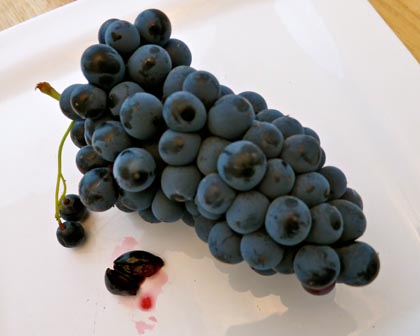 The red pulp of Alicante Bouschet

But good things invariably come to an end. The reason why the 91-year old Mohr-Fry vines were torn out was because of a succession of vintages, especially 2010 and 2011, when grapes struggled to fully ripen, and yields were barely a ton and a half per acre. And because even ancient vine Alicante Bouschet does not command lofty prices, costs of farming became higher than yields.

Still, there's a problem: you cannot replant with 91-year old vines. Mohr-Fry's Alicante Bouschet was a show stopping heritage vineyard; putting on spectacular displays of fiery, blindingly scarlet-red leaves each and every autumn. But therein laid the real problem: it was those red leaves – premature indicators of leaf roll virus, robbing the plants of their ability to photosynthesize and fully ripen fruit – that severely reduced yields and sugars, eventually spelling the vineyard's demise.

The good news is that earlier this year the Fry family replanted the entire 12.5-acre block with new Alicante Bouschet vines; this time on cross-armed trellises (as opposed to the head trained "bushes" of the old planting), which will allow the vines to develop a leaf canopy more efficient towards optimal fruit ripening.

And in a few more decades, Mohr-Fry's newly planted block might once again assume the nomenclature, or crown, of "ancient vines." 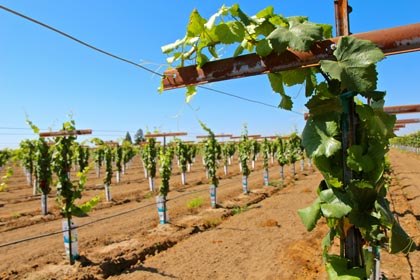