The 2012 ZinFest Commemorative Zinfandel is an essence of Lodi 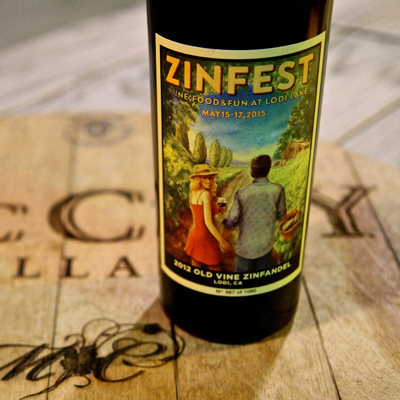 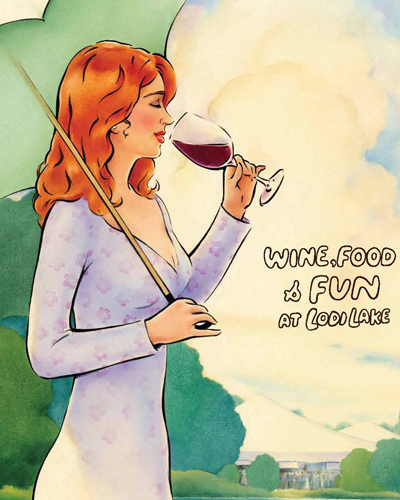 If big and brawny is Lodi's hallmark, McCay sprinted in the opposite direction, making Zinfandels that dial back oak and heighten fresh flavor… McCay often describes his efforts as Old World in style; I'd say they are a clear-eyed interpretation of Lodi's great soils… (his) Zinfandels often have an innate freshness… and bright flavors that evoke Lodi's earlier style of the grape.

For these reasons, the McCay-crafted 2012 ZinFest Lodi Old Vine Zinfandel ($35) may be just about the most "Lodi" of Lodi Zinfandels you'll ever experience. Connoisseurs would describe it as terroir driven: pungent with lush, plummy, cherry-bright fruit underscored by earthy nuances suggesting loam, mushrooms, a bit of wild thyme and touches of licorice root. There is also a smidgen of sweet French oak in the picture, but only as a narrow frame that only enhances the wine's prettiness; manifested in round yet zesty, layered flavors that finish dry with firm tannin, the cherry-bright sensations lingering with the loamy earth tones.

Mr. McCay himself tells us, "I wanted to put together a wine that's a little fun for me – something I don't normally do, a little deeper, darker than my normal style. This is not the fruity, sweet style of Zinfandel often associated with Lodi. It's a lot dryer, but nice and layered – something that could be considered an essence of Lodi's Mokelumne River region."

McCay's "normal" style, in fact, is to emphasize the taste of Zinfandels grown in individual vineyards. For the ZinFest bottling, he blended Zinfandel picked from his Trulux Vineyard (about 91%) – which traditionally produces his deepest, earthiest style of Zinfandel – with the more red berry/cherry perfumed fruit of his Lot 13 (100-year-old east side vines) and Jupiter lots (85-year-old plant east side planting). To achieve the tiny bit of a tannin punch tasted in the finish, McCay also blended about 3% Petite Sirah from his home vineyard on Lodi's east side.

ZinFest attendees will be able to taste this special bottling at the McCay Cellars table, and then purchase it at the ZinFest Wine Shoppe on their way out.

Be sure to visit zinfest.com to get your ZinFest tickets now! 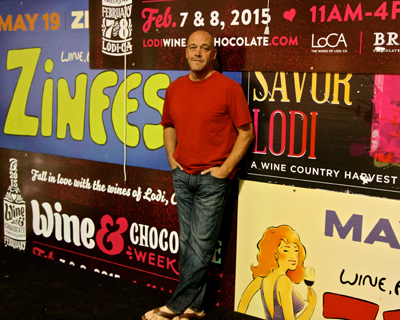