Sunset’s Zone 14: all the reason to attend LoCA Uncorked (October 6 on Treasure Island) 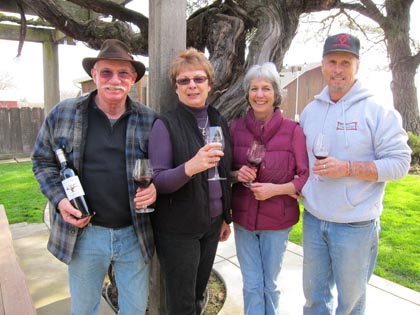 If you have not yet properly introduced yourself to the world of Lodi wines, you might seriously consider attending LoCA Uncorked – The Best of Lodi California Wines, taking place this Saturday, October 6, 1-5 PM (starting at 12 PM for trade and media) on beautiful Treasure Island in the middle of San Francisco Bay. 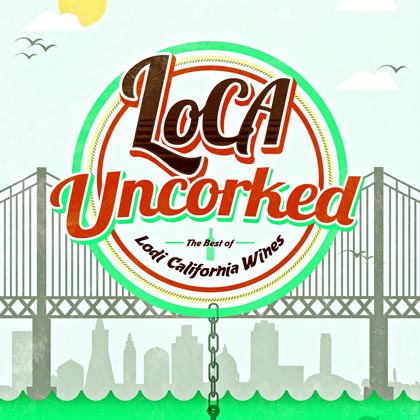 Another way to understand Lodi as an officially recognized American Viticultural Area (subdivided, as it were, by seven more sub-AVAs) might be from the perspective of Sunset magazine – the self-described “Guide to Living in the West.”

You might be interested to know that Sunset originally started in 1898 as a promotional tool for the Southern Pacific Transportation Company to combat negative “Wild West” stereotypes about California (today Sunset is run by Sunset Publishing Corporation, a Menlo Park based subsidiary of TimeWarner).  Whatever you may think of Sunset, there is one thing for which this monthly magazine could always be depended upon:  highly detailed, time honored advice on how to garden in the West, based upon all the specifics pertaining to length of growing season, timing and amount of rainfall, winter lows, summer highs, wind, humidity, latitude, altitude, and so forth.

Therefore we also find it interesting that out of the 20-plus specific climatic zones into which California is divided by Sunset’s professional gardeners (please visit Sunset Climate Zones online), Lodi is fixed squarely in Zone 14:  ascribed to “inland” areas moderated by “marine air” – especially those influenced by the “opening in Northern California’s Coast Ranges created by San Francisco and San Pablo bays.”

Other regions also classified as Zone 14?  Most of the Sacramento-San Joaquin River Delta between Pittsburg, Sacramento and Stockton; most of Napa Valley between the cities of Napa and Calistoga; the valley areas running through Sonoma, Santa Rosa and Healdsburg; in Mendocino, most of the areas around Ukiah and Boonville; and in Central California, the hills around Paso Robles, the “bread basket” south of Soledad in Salinas Valley, and most of the Sideways scenes in the vicinity of Santa Barbara County’s Santa Maria and Solvang. 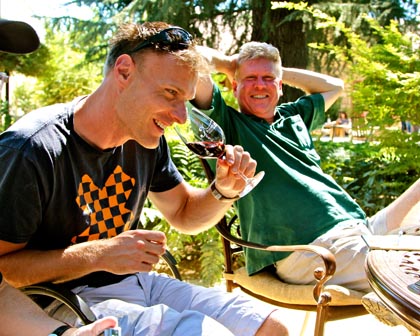 Hence, Sunset helps us combat stereotypical thinking (held even by unknowing winemakers in Napa and Sonoma, growing in the same Zone 14 climate), often confusing the Lodi AVA with the decidedly warmer thermal belts of Central Valley, south of Modesto (in Zones 8 and 9).

Then again, many other North Coast vintners are much wiser to the fact:  there is, as often whispered, tons of “Napa Valley Cabernet Sauvignon” and “Sonoma Pinot Noir” grown in Lodi (something you can especially see this time of year, in the long lines of grape laden trucks headed down Hwy. 12 from Lodi to Napa; or skirting San Pablo Bay on Hwy. 37, turning up 101 to Sonoma). 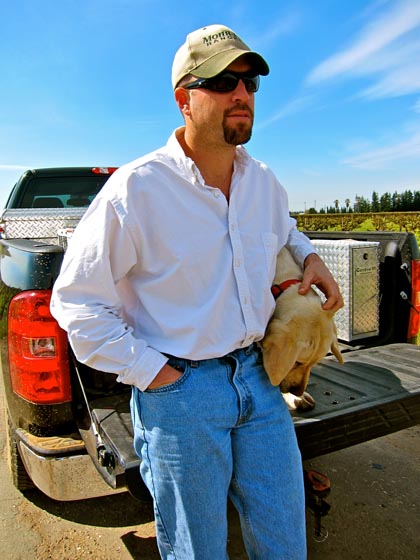 If you’re wondering, the colder, more humid coastal areas around San Francisco, San Rafael, Fort Bragg and Mendocino are classified as Zone 17.  Zone 7 is more of a “Pine Belt,” and encompasses higher elevation areas like Lake County’s Clear Lake, the areas around Amador County’s Plymouth and Sutter Creek, and Rogue Valley in Oregon (most of Oregon’s Willamette Valley is a chilly, borderline Zone 6).

Lodi is the largest winegrowing region in the U.S. for one reason, and one reason only:  its Mediterranean climate as well as the deep, porous yet fertile soils make it ideal for growing wine grapes.  Up until recently, of course, Lodi was known mainly as a supplier for large production wineries like Woodbridge by Robert Mondavi, Sebastiani, Sutter Home, and the big daddy of them all, E. & J. Gallo.

It is the same for Lodi.  Only, Lodi’s transition from old-time big production farming to more quality focused, ultra-premium winegrowing (epitomized by critically acclaimed wines like Michael David’s $59 Rapture Cabernet Sauvignon and Macchia’s $50 Serious Zinfandel) just happens to be taking place as we speak, 30 or so years after Sonoma’s and Napa’s transition.

But what’s 30 years to a farmer?  Another generation; which, for many of Lodi’s longtime families (who own most of Lodi’s newly established wineries), means a changing of hands from a third or fourth to a fifth or even sixth generation of winegrowers – and as we all know, there is nothing like the steadying hand of experience.

All the more reason to see you at Treasure Island! 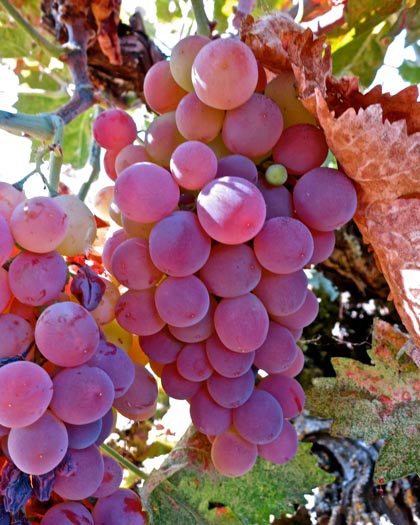