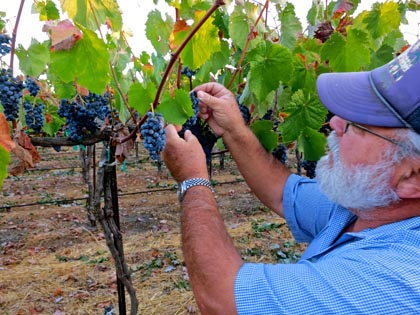 “It will be a European style vintage for the Souzão this year,” says Ron Silva.  While picking his Souzão grapes in his Silvaspoons Vineyards in Lodi’s Alta Mesa AVA last week Thursday (October 18), Mr. Silva elaborated on one of the peculiarities of the 2012 vintage:

“The sugar readings of the Souzão are in the 21.5°, 22° range (in terms of Brix), whereas in past years it’s been a couple of degrees higher.”  Plucking a grape from a Souzão cluster, Silva points out, “you can see how the skin is already slipping off.”  Popping the grape into his mouth and then examining a seed in his hand, Silva adds, “physiologically the grapes are fully mature, which you can see by how brown and lignified the seeds are – but with less sugar, these grapes will produce a lower alcohol wine this year.

“The lower sugar is peculiar mostly to Souzão this year, although Mourvèdre has also stabilized at about 22.5°, 23° (Brix) these past two, three weeks.  The Souzão we are picking today is going to Jeff Runquist in Amador County.  We’ve already picked Touriga and Grenache for Jeff, and sugars were closer to 25° for those grapes.

“It’s just something about the Souzão this year – I think the plants may have been stressed by the dry winter, and now they’re running out of gas.  I watered three times last winter, which normally I don’t have to do at all.  But 30 hours of drip irrigation doesn’t make up for the 10 inches of rain we usually get.” 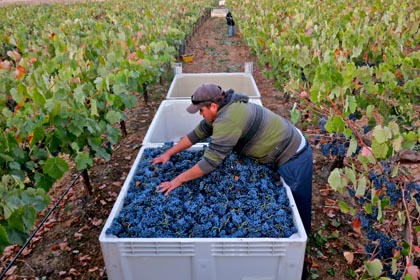 Jeff Runquist is one of the state’s most celebrated winemakers, producing his Jeff Runquist Wines (bottled under the R label) in the Plymouth area of Amador County’s Shenandoah Valley AVA.  Although Runquist sources most of his grapes from Amador County, he makes no secret about being a huge fan of Lodi in general, and Silva’s Silvaspoons Vineyards in particular.  Runquist produces no less than five Silvaspoons grown varietals each year:  Souzão, as well as Touriga, Tempranillo, Grenache, and Tannat. 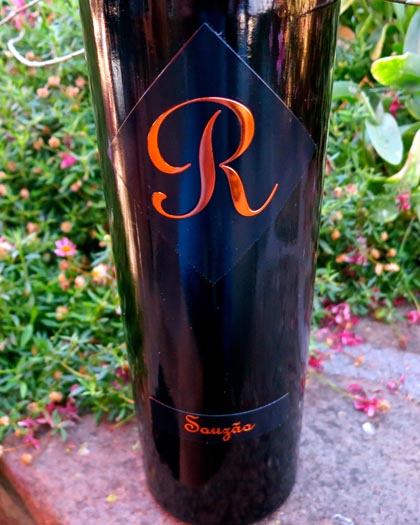 Speaking with Mr. Runquist over his fermenting bins of 2012 Souzão the following weekend, we learned that this was actually the second consecutive year of challenges with this grape, which Runquist says “has won us more gold medals in competition than just about any of our wines.”  In 2011, Runquist adds, “the Souzão didn’t even break 20°, and so we had to take some steps to raise the alcohol.  This year the Souzão is struggling with sugar again, but the color is as good as it ever was – remember, this is the grape that Ron Silva originally advertised to us as having a color that would make Petite Sirah look like White Zinfandel.”

Runquist adds, “I walked through the vineyard and it certainly wasn’t over-cropped this year, so I’m not sure why the chemistry ended up this way.  Still, the berries are quite small, and the flavor seems to be all there.  So we’ll produce a very flavorful Souzão in 2012 – a little south of 14%, closer to 12.5% (in natural alcohol), but an improvement over last year’s.” 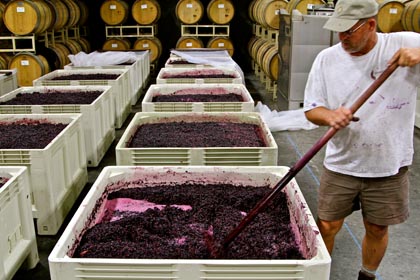 Summarizing the 2012 vintage, Silva tells us, “it’s been a long season.  We started on August 17 with Verdelho, and picked Torrontés the second and third week of September.  Petite Sirah started to come off three weeks ago, and the Portuguese varietals (Silva also supplies Touriga Nacional, Touriga Franca, Tinta Cão, Tinta Roriz, Alvarelhão, and Trincadeira to many top producers throughout the state) were also picked, mostly three weeks ago.” 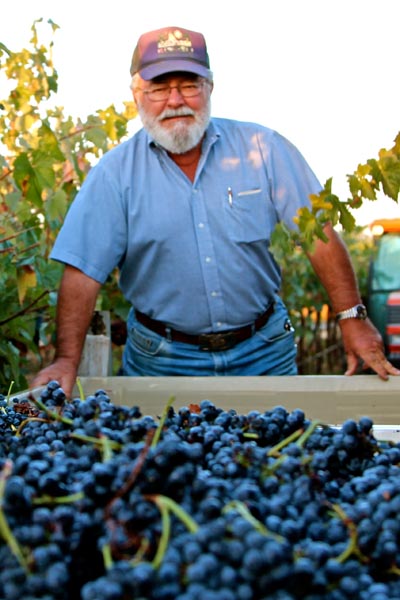 The 2012 Silvaspoons harvest, however, is still not done.  As of last week, according to Silva, “we still have Cabernet Sauvignon and Tannat hanging, and a little bit more of the Mourvèdre and Souzão to go.”

Looking across the planted rows of Portuguese grapes in his vineyard off Mingo Rd., Silva points out new plantings that just went into the ground this past summer.  “There’s 15 new acres of Tannat and 22 acres of Cabernet Sauvignon out there.”  In addition, says Silva, “there is another 18 acres of Malbec just planted near the house” – referring to his original vineyard on his home ranch (Silva also raises fledgling heads of cattle), on the north side of Valensin Rd.  “Going by the demand, it looks like Malbec might soon take the place of Merlot – winemakers are loving it as a blender, but of course, it also makes a terrific stand-alone wine.”

As soon as the 2012 harvest is wrapped up Silva plans to begin composting to supplement his regular program of cover cropping to build up the nutrition in his Alta Mesa soil — a lean and blonde gravelly clay, underlain by meager sandstone which tends to compact.  “We make our own compost from our own cattle manure, mixed with feed lot waste from neighboring dairies.

“I love this time of year – the smell in the air when it starts to get cooler.  It’s also the time of year when we start to think about taking a break.  Kathy (Mrs. Silva) is saying we should go back to Hawai`i at the end of the year – I’m looking forward to it!”

A few more photos of the 2012 Silvaspoons Souzao harvest: 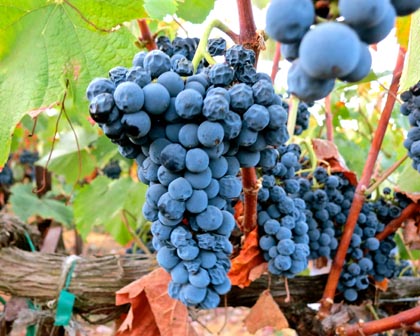 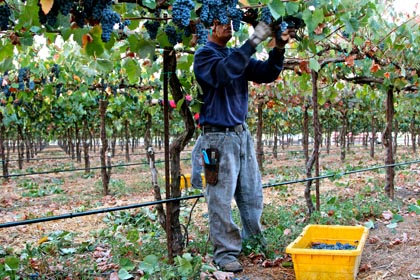 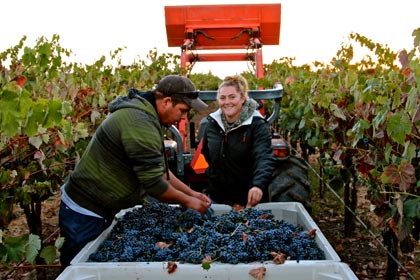 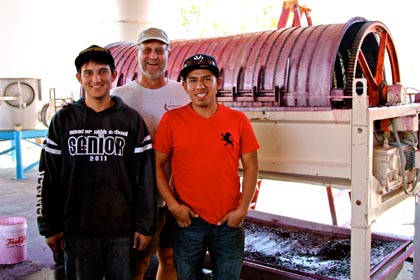 Jeff Runquist and his cellar crew