Signs of eminent greatness in the 2010 Maley Zinfandel 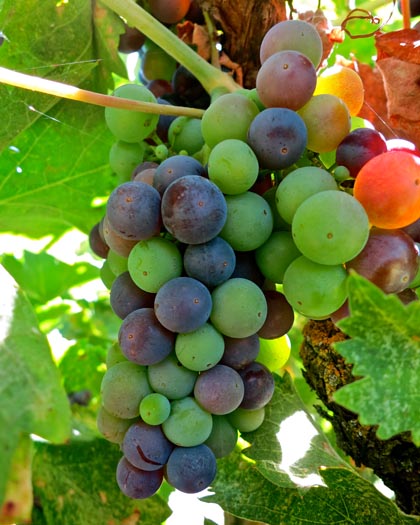 Sometimes a wine just makes itself.  Or practically…

In the case of a good red Zinfandel, you still have to pick the grapes and get it into a fermentation vat, and watch it a little to make sure things don’t go south as it starts to bubble up and turn those sugars into alcohol, while all the goodies found in the skins turn into a taste resembling, say, quivering spoonfuls of raspberry preserve with sprinkles of cinnamon toast, nostril tingling pepper, and just-roasted coffee grounds… 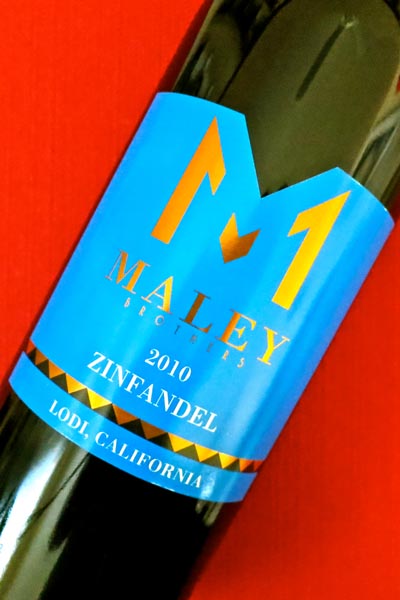 Which perfectly describes the aroma and flavor of the just released 2010 Maley Brothers Lodi Zinfandel ($18).  But mind you, this is not a “big” Zinfandel.  If you want size, you’ll have to look elsewhere.  This wine is big only in the way that its Zinfandel fruit character is so vivid, and its expression of terroir — or “sense of place” — is tangible in its plush feel and organic underpinnings.

In that sense, this red wine is a masterpiece —  a brazen statement, to be sure, but a reasoned one.  It helps, to begin with, that the winemaker of note behind this wine is Chad Joseph – one of Lodi’s best, brightest, and most highly demanded.  Mr. Joseph also crafts the wines of Harney Lane, Harmony Wynelands, Valhalla, Boitano Family, Dancing Coyote, McCormack Williamson, McConnell Estates, and Sorelle.  Does he even sleep?  Probably not.

If anything, Joseph knows his stuff; and he says that “the 2010 Maley definitely shows more of the earthy and wild berry component seen in west side Lodi zins, with jammy and spice notes, too.  There’s depth and structure in this wine, typical of this vineyard, which carries through into the finish.”

Basically, adds Joseph, this was the case of the old winemaker adage, “great wines make themselves.”  Coming from a vintage most of Lodi’s Zinfandel specialists consider the best in memory, “all we had to do was let the grapes express themselves, and not do anything as winemakers to detract from what was already there.”

But the most important factor of all is the wine’s provenance:  the Maley Vineyard is located on the west-side of the Mokelumne River AVA – the physical and historic heart of Lodi zin country.  It is owned by the brothers Joe and Louis Maley; although it is Joe’s son, Todd Maley, who does all the farming and contracting with wineries these days.

The family’s entire property consists of 9 blocks, comprising 330 planted acres; but the source of the Maley Zinfandel is the family’s crème de la crème:  their oldest block (planted in 1958), located on Ray Rd., which the Maleys call Wegat Vineyard (after the name of the original owners, who raised dairy cows where these old head trained vines now stand)

According to Todd, the Maleys trace their roots back to Andrew Harshner, who first homesteaded in Lodi in 1863.  Eventually the family tree spread out wide enough to encompass a branch of the Phillips family of Michael David Winery, who also farm extensively beside the Maleys, on the west side of Lodi. 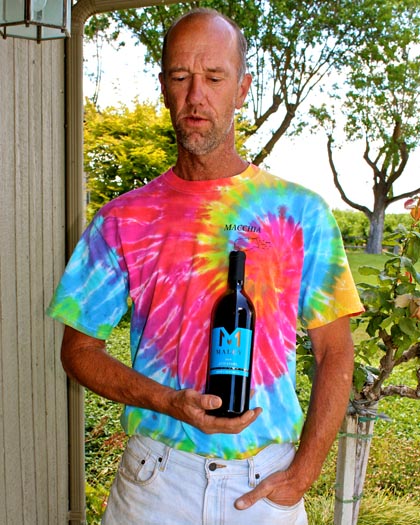 And of course, branches invariably intertwine:  Jeannie Phillips, married to Phillips family patriarch Don Phillips, is a Maley, which makes Todd Maley a second cousin to Michael and David Phillips (Michael David Winery’s CEO and President, respectively).  This is not to mention Todd’s other second cousins among the Bischofberger and Prudehl families, who also farm in the rich Tokay sandy loams in the vicinity of Turner, Devries and Davis roads.  It’s more than grapes, springing from Lodi’s fertile soil! 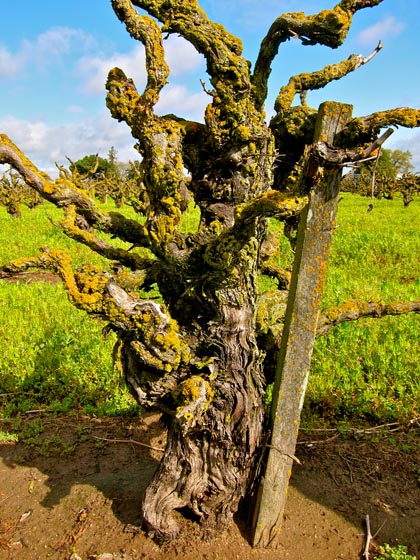 Less than 1% of what the Maleys farm ends up under their own label:  in very much the Lodi tradition, the Maleys fill the large production wineries’ cups.  Says Todd, “I started working in the fields, at the age of 15, in the late seventies.  In those days, the primary grape buyers were Gallo, with pretty much the rest going to the giant co-ops (who crush, ferment, and sell bulk wine) like Woodbridge Vineyard Association (now called Turner Road Vintners), Bear Creek (now operated by the Kautz family, who also own Ironstone), and East Side (now Oak Ridge Winery), where Rudy Maggio worked with his partners.

“By the mid-eighties – when I came aboard full-time, after getting out of San Diego State – ‘varietal wines’ became the wave of the future, and we began to sell mostly to Sebastiani, who developed their enormously successful Vendange and Talus lines right here in Lodi, as well as Robert Mondavi (Woodbridge) and Sutter Home.”

Adds Todd, “For a while there, Michael David was producing a Maley vineyard-designated Zinfandel, from about 1998 to 2005, before they began focusing on their proprietary brands.  And when they first came out with their 7 Deadly Zins, 11 or 12 years ago, our grapes probably made up of the bulk of that wine, along with Zinfandel from six other growers, like Steve Felten (of Klinker Brick).”

The good news for Lodi growers today, according to Mr. Maley, is that the cyclical boom-or-bust nature of the wine grape business has suddenly turned the growers’ way, due to the international shortage of fruit and diminishing bulk wine inventories.  With wineries scrambling for supply, grape prices have risen significantly in 2012; nearly double for fruit from some of the Maleys’ older, head trained vineyards, requiring lower yields and extra hand work.  Says Maley, “we’re expecting at least three, four more years when we’ll finally be making up some of the ground that was lost these past seven, eight years.”

If happy growers make happier wines, this makes the taste of the 2010 Maley Zinfandel all the more sweet.  If you prefer the classic, round, “voluptuous” style of “west-side Lodi” Zinfandel, you would be wise to look into this wine, available locally at the Woodbridge Uncorked tasting room and retail store.  Mr. Joseph, for one, has yet to see the intensity of this wine even begin to taper off:  “the fruit has continued to evolve unabated, from primary fermentation, through the 12 months spent in barrel, right up until the time it was bottled.

“The 2010 Maley has yet to hit its prime and full potential – showing exactly what special vineyard can do in a great year!” 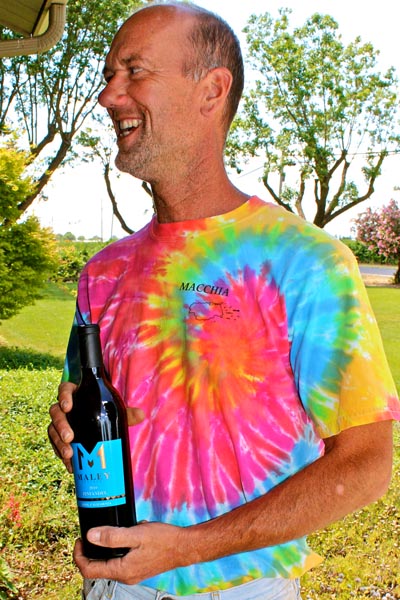