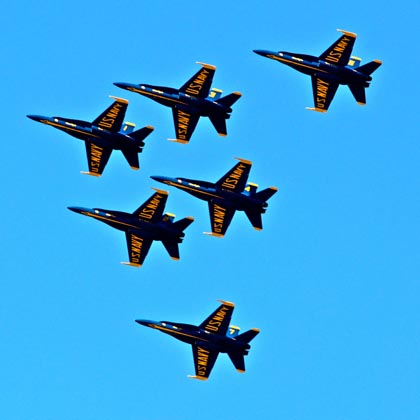 It was crystal blue skies and perfectly mild wine tasting weather at LoCA Uncorked this past Saturday, October 6 on San Francisco Bay’s Treasure Island.  When the Blue Angels (following one fleeting sighting of the mysterious, phantasmical v-shaped B-2 “Stealth” Spirit) began to roar directly overhead after 3 PM, the event entered the realm of the sublime.

What is it about LoCA – the wines of Lodi, CA – that strikes a chord?  For one, a forthright, palpable sense of honesty:  today’s Lodi grown wines are, after all, made primarily by longtime growers – some of them fourth, fifth and even sixth generation farmers, working the Delta soils of Northern San Joaquin Valley for well over 100 years.

Amazingly, out of Lodi’s current roll of 80-something winery owners, less than a handful came in as up-and-up out-of-towners, with no prior ties to the region.  Not one of them is owned and operated by a Texas oilman, a Silicon Valley zillionaire, a .com comer, a real estate magnate, a celebrity sports or show biz figure… walks of life that seem to be the rule rather than exception among owners in other American wine regions.

Instead, the rule of thumb for LoCA tends to be those original Lodi farming families; if not, local dairymen, former field hands, amateur-turned-professional winemaking enthusiasts, or small-town entrepreneurs born, raised and living here in the California Delta all along.

Of course, it is also true:  not having any wineries or vineyards in which tens of millions of dollars are invested in the latest technological equipment and the most coveted center-of-France barrels can be a little bit of a handicap – or not.  There are many these days who say that the trouble with many North Coast, California wines is that they taste expensive.

Trouble is, lately, not everyone prefers a wine with the veneer of thousand-dollar oak barrels.  Many people want to taste the fruits of Mother Nature, for all her glory and saporous flaws – not of the latest spendthrift technology or imported wood.

Insofar as LoCA, there is a lot to be said for wines that taste squarely of sun ripened grapes, intriguing little touches of loamy earth, and friendly tannins that fill out a palate rather than scrape the enamel off the teeth.

Wines that you dearly want to drink now, rather than feel obliged to lay down in a dark cellar or the ignominy of a rented storage space.

That, dear friends, is the essence, or spirit, of LoCA uncorked:  wines of the people, for the people, and by some people who, to paraphrase the bard, “know what all of it is worth.” 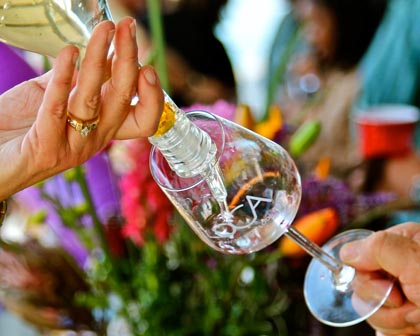 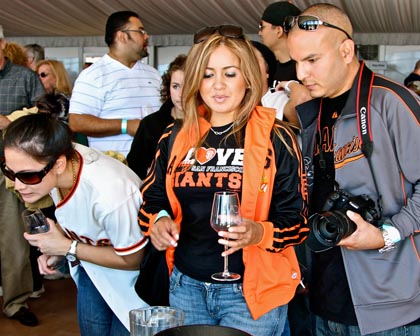 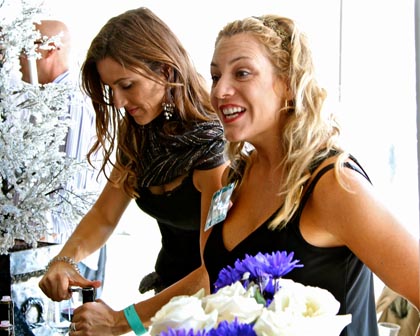 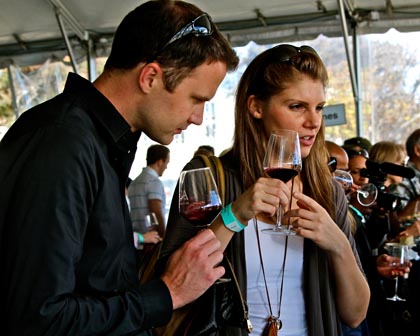 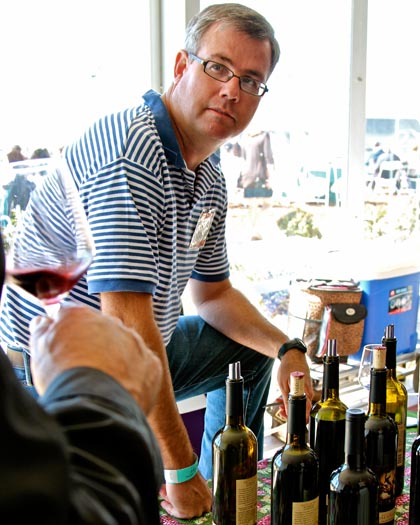 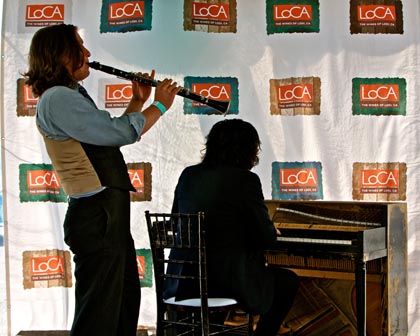 The John Bros. performing in the LoCA Lounge 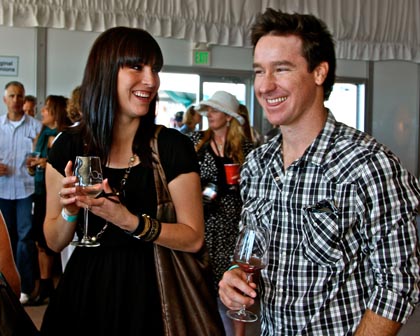 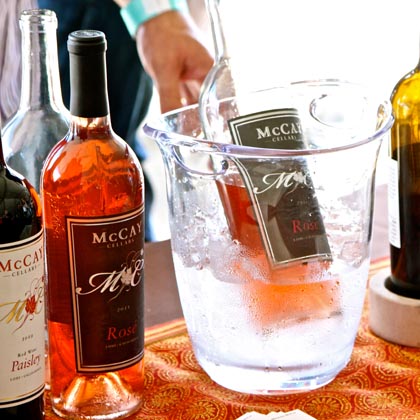 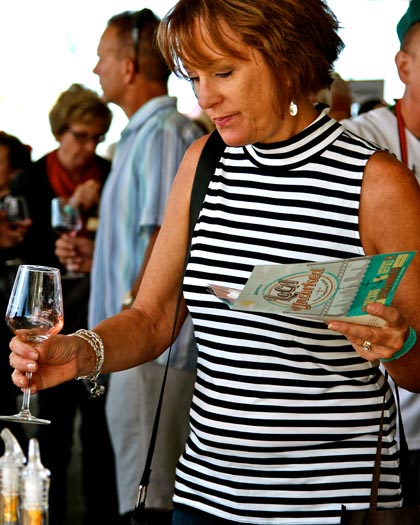 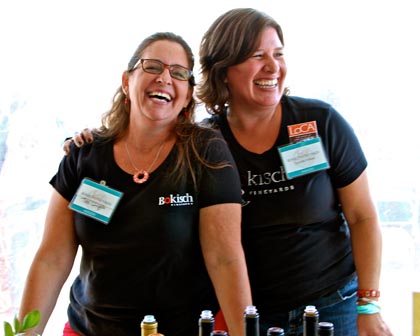 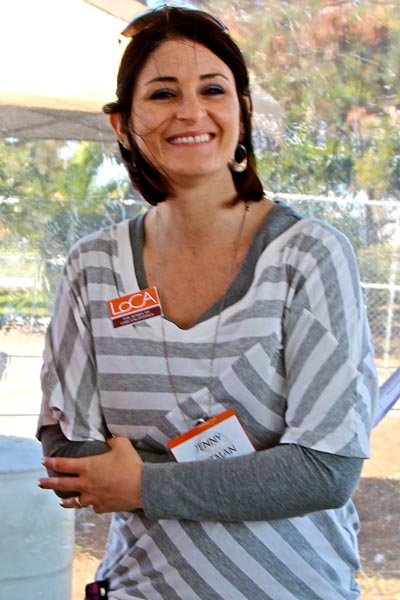 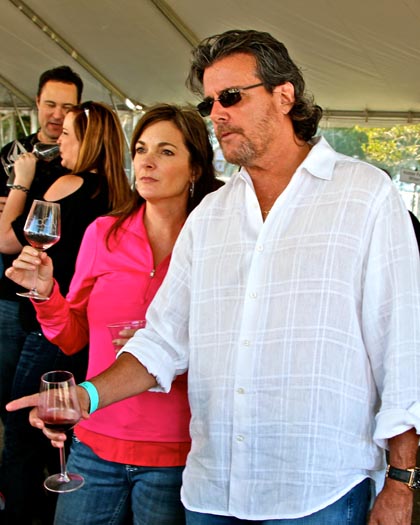 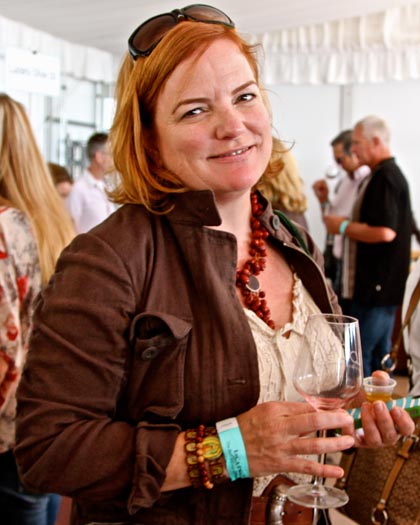 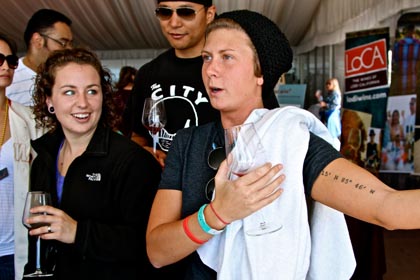 LoCA lover shows off her coordinates 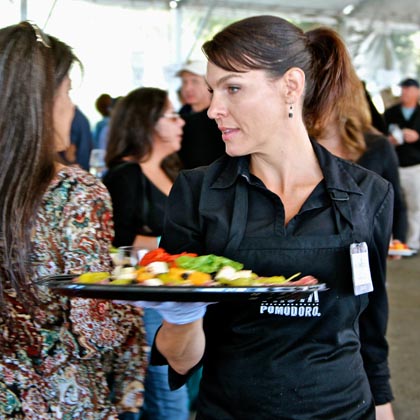 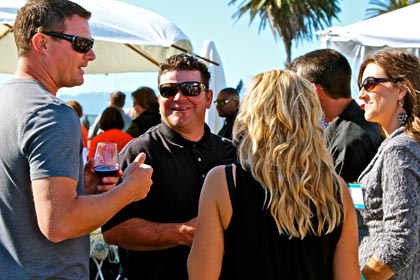 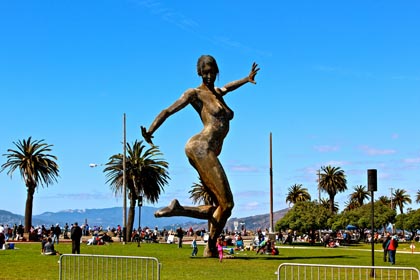 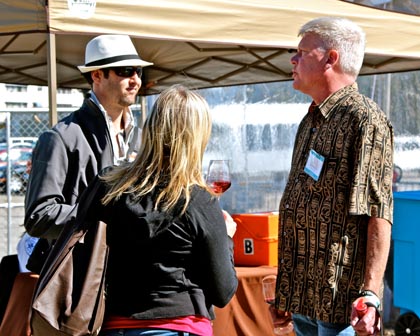 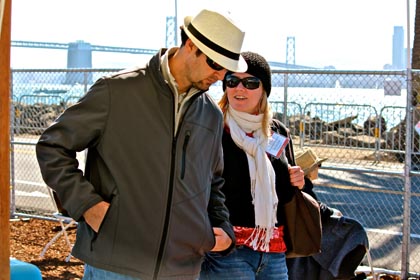 ... against backdrop of Bay Bridge 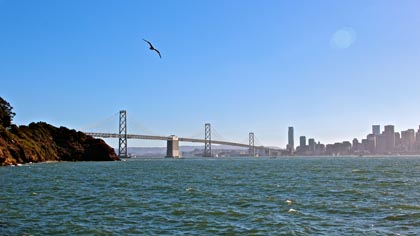 ... speaking of which, the view of the City from Treasure Island 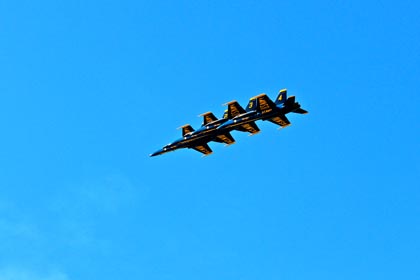 ... and above the LoCA tents, the Blue Angels in breath-taking synchronization 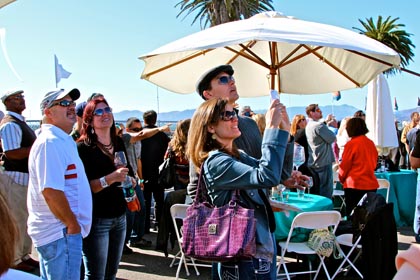 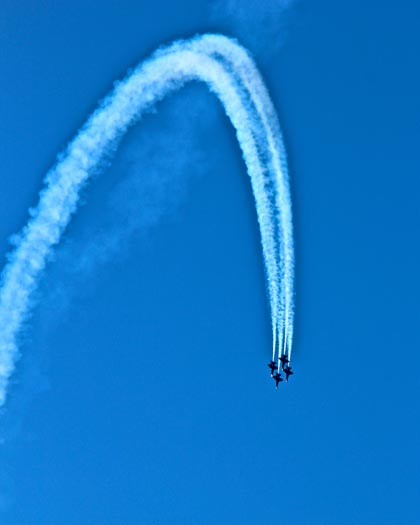 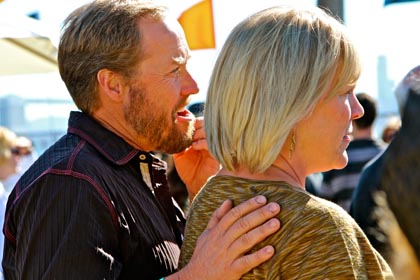 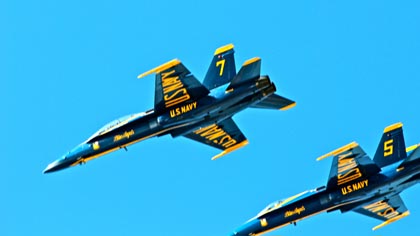 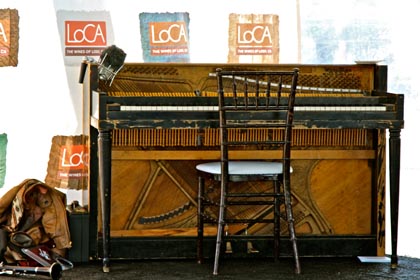 ... and the sweet, plaintive song of LoCA shall play on