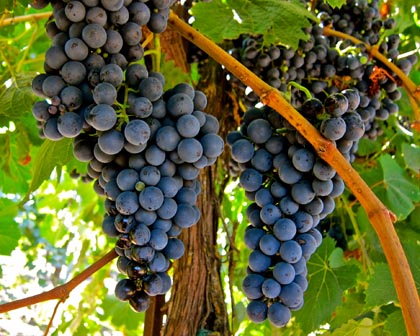 Tannat is not a wine grape to be trifled with.  Its black-purplish color can be intimidating, and its thick, tannin laden texture a mountainous affair.  If none of that bothers you in a red wine, then you can, to paraphrase Jimi Hendrix, chop it down with the edge of your hand.  Maybe pick up all the pieces and make an island, like a kid playing with food on the plate. 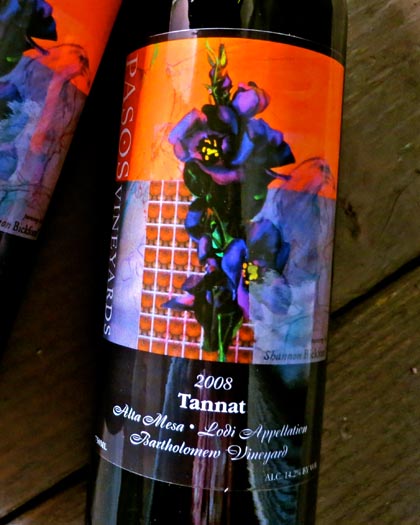 At least that’s what Antonio Pasos seems like:  a winemaker shaping iconoclastic wines seemingly out of mounds of sand.  Mr. Pasos works out of his Pasos Vineyards winery in Vino Piazza Wine Village – a quiet, incongruously lonesome yet majestic complex, carved out of a 1940s-era distillery housing Pasos and two other wineries among towering old, concrete “vat rooms” (stretching three stories high), on the east side of the Lodi AVA in the outskirts of the little town of Lockeford.

We’ve written previously of the Charbono made by Pasos; from a nearly forgotten black skinned grape that was once considered among California’s finest – but never again, despite the epic flesh, sinew, balance and sheer deliciousness of wines like the 2008 Pasos Lodi Charbono ($38).  The world of popular wines was never meant for Charbono lovers.

As if to underline a penchant for commercial masochism, Mr. Pasos has also recently released his 2008 Pasos Bartholomew Vineyard Alta Mesa-Lodi Tannat ($45):  a dark ruby-red wine emerging from three-plus years (38 months) in French oak, which was the length of time deemed necessary by Pasos to turn an angry throated tannin structure into something meaty, round and voluptuous; hopping on command, rolling over with zesty acidity, and fetching the plummy, dried berry aromas and flavors; finishing with lip smacking dryness, hair raising intensity.

Tannat, for the uninitiated, is a black skinned grape associated with the Basque-influenced regions of South-West France; playing a major role in appellation controlled wines such as Madiran and Irouléguy.  In France, as well as in Uruguay (where it is considered the “national grape”), vintners typically counteract this thick skinned grape’s extraordinary tannin content by drawing the fermenting wine off the skins some time before fermentation is complete, as well as through increased barrel aging. 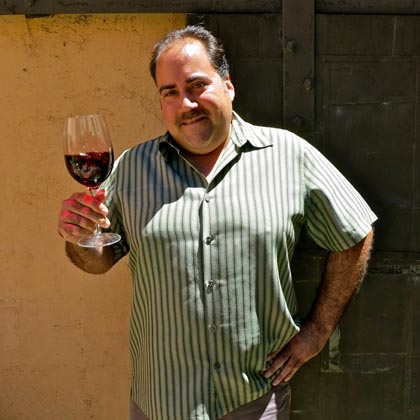 Over the past ten or so years there has been increased interest in Tannat in California; its current acreage having doubled (from 140 to 287) since 2005 (compared to a grape like Charbono, which has dwindled down to 89 acres).  Nonetheless, this is just a drop in a bucket compared to, say, the 75,804 acres of Cabernet Sauvignon, 47,869 acres of Zinfandel, and 543,000 total acres of wine grapes planted in California. 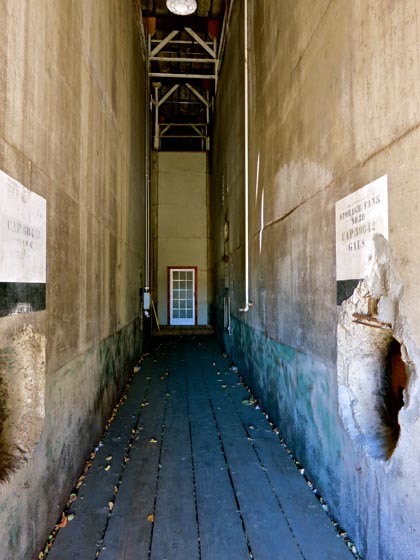 Much of the interest in Tannat is due precisely to its rep for producing red wines of relentless tannin:  in many parts of California (including Lodi), even grapes like Cabernet Sauvignon, when ripened past its pyrazine (i.e. vegetal) stage, will produce wines somewhat lacking in tannin substance.  This is where grapes like Tannat come in:  as a blending wine, despite its other reputation, put forth by winemakers like Randall Grahm, for “not working well and playing nice with other grapes.”  In France’s Irouléguy, in fact, AOC laws require red wines to consist of at least 50% Cabernet Sauvignon and/or Cabernet Franc, with Tannat contributing lower proportions.

Under his Akin Estates label, David Akin makes a bodaciously full bodied, smoky, almost gooey-rich Tannat from the Christesen Vineyard; farmed by Dick Williams in the heart of Lodi’s Mokelumne River AVA, just off the northwest corner of Kettleman and Lower Sacramento.

Then there is Michael David Winery, who bottled a jet-black, ripped and rippling 2008 Lodi Tannat under their Inkblot sub-label (subsequent vintages of Inkblot have been made from Lodi grown Cabernet Franc); and if you visit Woodbridge by Robert Mondavi, you will find a couple of first class red wine blends sold only at the tasting room, utilizing Tannat in crafty proportions.

For every great wine, no matter how different, there is also a great food match; and in that, Tannat is no different from any other.  Mr. Pasos tells us that “food pairings for Tannat can be endless,” while owing up to a preference for any types of lamb, Mediterranean style shish kabobs, filet mignon wrapped with bacon, pastas in chunky vegetable marinara sauces, meaty dolma, and even Thai style meat dishes in red curries.

A Pasos Tannat for summer grills, slathered in spiced sauces?  Throw on the Hawaiian attire, crank up the Doors, Hendrix or Raconteurs, and suddenly everything is illuminated! 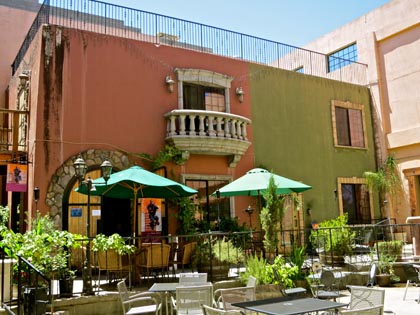