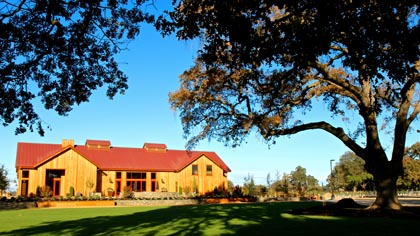 This Saturday, October 25, 2014, one of the Lodi AVA's most ambitious producers ever will be opening the doors of its new tasting room and winery for the first time.

Oak Farm Vineyards is a 70-acre estate (60 acres planted to vines), located near the end of N. DeVries Rd., just north of Peltier Rd. towards the upper-west corner of the Mokelumne River AVA. It is also the site of a plantation and stately colonial style home originally built by William DeVries in 1864. DeVries, who lived there until his death in 1908, was a tree lover: hence the numerous, towering oak trees, hundreds of years old, still standing amidst new and older vines on the property. Oak Farm Vineyards is indeed a farm studded with oaks. 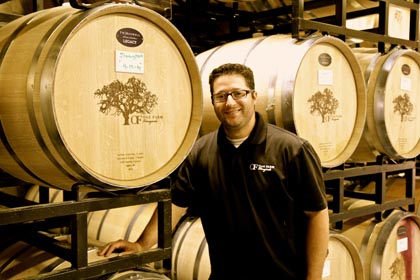 Visitors to Oak Farm Vineyards will also find that everything about the place is first class:

Yes, there is a little bit of "Napa Valley" grandiosity in the new building's design; like a naïve domestic Burgundy, amusing in its presumption. Yet everything about the property – the magnificently spreading arms of the oak trees, the flat sandy loam landscape extending out to the tree lined Mokelumne River, and the columnated nineteenth century house (complete with adjoining stables and weeping willow shaded lake) – is very much "Lodi." A grand old Lodi. 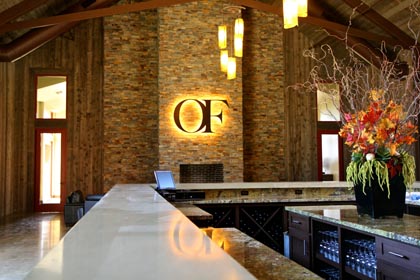 Oak Farm, in other words, retains a real sense of place.

Besides, when it comes to truly fine wine, all the fancy fixtures in the world won't help unless you also have genuinely impeccable grape sources, and the most talented, passionate people working it. 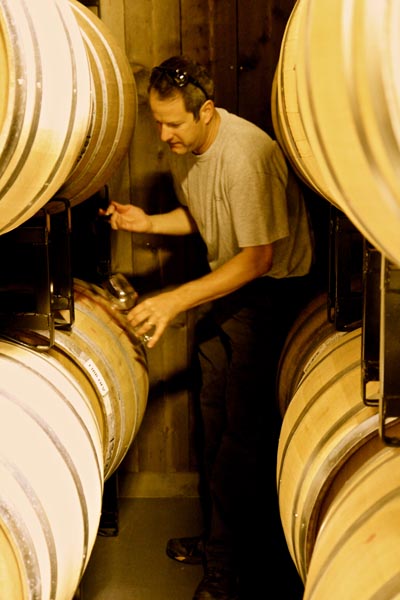 Although he is relatively new to the business of growing grapes and making wine, Oak Farm Managing Partner Dan Panella (who now lives in the historic DeVries home with his two kids) is steeped in San Joaquin Valley heritage, and more than enough passion and smarts. He has been smart enough, for instance, to hire Chad Joseph – first, as a consulting winemaker during the years when Oak Farm wines were made at Downtown Lodi's Estate Crush (2011 through 2013 vintages), and now as the new winery's presiding winemaker (christened during the fast and furious 2014 vintage).

Mr. Joseph has the goods: as the unerring hand behind Harney Lane Winery's spectacular success since its inception; and also as the brains behind other local wineries where Joseph has labored (most of the time, simultaneously), including Harmony Wynelands, Sorelle, McCormack Williamson, Dancing Coyote, McConnell Estates, Boitano Family, Valhalla, and Maley Brothers (the latter, now as part of the vaunted Lodi Native project).

"Everything has been coming together," says Mr. Panella – "the winery, new plantings, and now with Chad onboard… we are just now getting a grip on the kind of wines we want to promote, even though we've been making wine since 2009."

Mr. Joseph, in turn, is enthusiastic about prospects with the Panella family. "Dan has a lot of passion and faith in Lodi as a wine region," says Joseph. "He is a real student of wine, and so he understands things – like the fact that a winery estate like this is really a 20-year legacy project. It will take time, but the DeVries property itself has a huge history – it's the right place to be if you want to say things like 'we wanna be the best.' Dan wants to be the best, but that's a good thing – this is the kind of place where that can happen, and where you can get it done by living it."

The Panella family – which includes Mr. Panella's parents Bob and Dorothy, and his sister Nicole (who also helps manage the estate) – has lived and farmed in San Joaquin Valley since the early 1900s. Says Mr. Panella, "My grandfather came here directly from Italy at the age of 16. We still farm cherries and walnuts east of Stockton, near Linden, and my dad has been even more successful with his trucking company (Panella Trucking LLC), which transports everything from grapes to tomatoes, onions, walnuts and cherries. 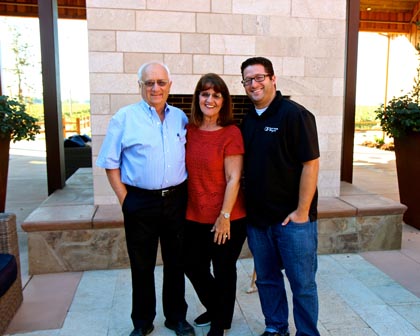 Bob, Dorothy and Dan Panella in front of outdoor fireplace

"The DeVries property came up for sale 16 years ago, and the house sat vacant for 4 years. We knew about it, but it took a little while before it dawned upon us and we finally said, 'why not?' – this could be something that we could make into something. Something we can be proud of, and hopefully pass on to the kids if they want that. In 2009 we sort of got our feet wet working with Estate Crush, and after that we got really excited about the entire winemaking process.

"This past year we replanted 40 acres of the grapes we think we want to work with. We use the Zinfandel from our existing estate vines (planted during the 1990s) for our Tievoli blend, because it makes such easy drinking red wine.

"Meanwhile, we've been sourcing grapes from some of Lodi's best growers – Barbera from Jonathan Wetmore (Round Valley Ranches) and Ron Silva (Silvaspoons Vineyards), Zinfandel from Todd Maley (Maley Brothers) and Watts Family (their multi-award winning Pescador Vineyard), Sauvignon Blanc from Mohr-Fry Ranches, Chardonnay from both Maley and Watts, and Verdelho as well as Albariño from Silvaspoons."

Oak Farm Vineyards is currently producing about 3,500 cases of wine each year; but in four or five years, when their newly planted acres begin to mature, they plan to grow into their winery's full production capacity of about 10,000 cases.

When you taste Oak Farm's current line-up you will find wines made very much in the balanced, crisp, clean, pure fruit-forward style towards which more and more consumers are gravitating. The 2012 Oak Farm Lodi Chardonnay ($19), for instance, is done in more of zesty, primarily stainless steel fermented, almost minerally textured style (as opposed to the fat, sweetly oaked "cougar juice" even more popular today), although in future vintages Joseph and Panella will be steering their Chardonnay more towards a serious, barrel fermented subtlety (focused on bright, pure Lodi fruit teased up by French oak, without being aggressively oaky). 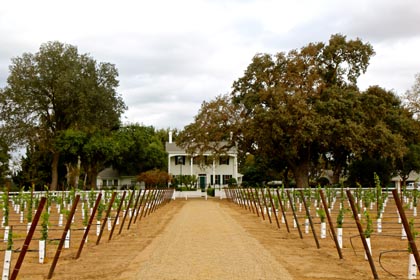 The current Oak Farm signature is their Barbera; which is, in a word, outstanding. Admits Panella, "Barbera has been a personal passion ever since I first started getting into the better ones from the Foothills and Italy." The 2012 Oak Farm Lodi Barbera ($26) is both bright and explosively deep in pomegranate nuanced blackberryish fruit, just traces of oak spice, and with a tongue tingling natural acidity that makes you salivate for tomato based pasta dishes, or just a good grilled steak doused in olive oil and maybe a squeeze of lemon.

But here is the upshot: this is a new winery, just beginning to feel its oats and forge its identity. Ultimately, that identity will probably entail the vines that just went into the ground this past year. In the meantime, you can be sure that everything produced by Oak Farm Vineyards will be thoroughly well thought out, and meticulously executed towards a long term goal of fulfilling the potential of Lodi grown grapes.

That is the Panella family's way, which also happens to be the Lodi way: let's do it right, and everything will eventually fall into place – whether it takes another 10 or 20 years, or another century. 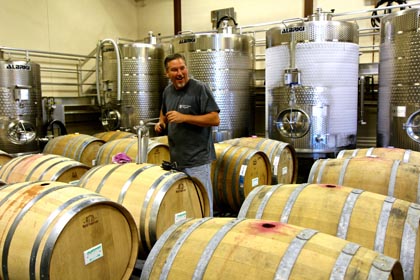 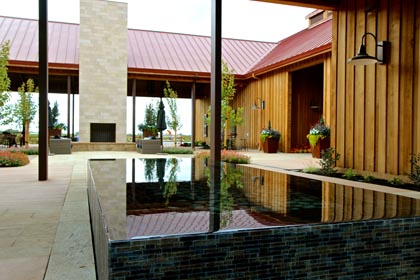 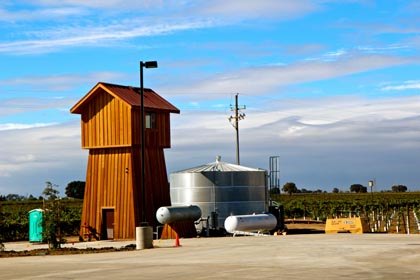 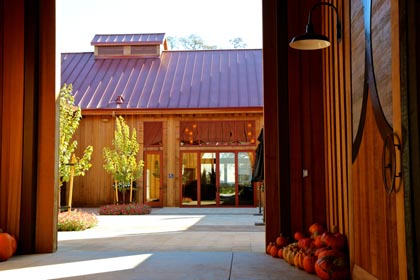 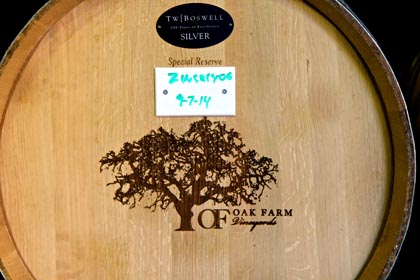