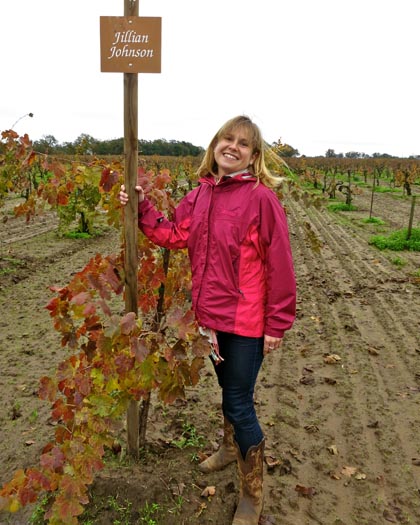 Jillian Johnson is in love. There's not much that her husband (Yuri DeLeon) can do about it, since this is an affair that dates back to 2004 – some nine years before she even met Mr. DeLeon – when Ms. Johnson was still the head winemaker at Bonny Doon Vineyard, based in Santa Cruz.

Johnson's object of affection is Lodi's Bechthold Vineyard, planted completely to Cinsaut grapes. The 25-acre Bechthold has become one of California's most venerated vineyards because it is the oldest continuously cultivated planting in Lodi: originally planted in 1886 by Joseph Spenker; and today, owned by Spenker's descendants, Wanda Woock Bechthold and her son Greg Burns (who is also the owner/grower/winemaker of Jessie's Grove Winery). 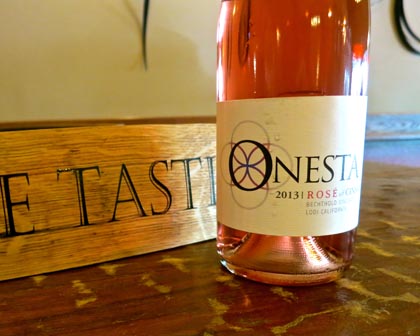 Johnson also tells us that Onesta Wines will now be poured at the cellardoor tasting salon in Downtown Lodi. There, you will be able to taste (and purchase at retail) the Onesta rosé, as well as the current vintage of Johnson's pièce de resistance: the 2011 Onesta Bechthold Vineyard Lodi Cinsault ($29), which we have previously described as a red wine with the delicacy of a Pinot Noir, the wild berry character of Zinfandel, and a nostril tickling spiciness reminiscent of Grenache – teeming with strawberry and kitchen spiced rhubarb pie-like fruit couched in a soft yet tense, springy, medium-full body, long, limber and viscous in the mouth (think Keira Knightley in pixie tights, bouncing on a bed of Bing cherries).

For the past ten years, Johnson has had first dibs on the yearly Bechthold harvest because she was the first winemaker to work with the vineyard after its phenomenal Cinsaut was "discovered" by the wine world. How is it even possible for an entire vineyard to be "lost" for over 100 years? When Spenker first acquired cuttings for his first grape planting from El Pinal Winery's nursery 129 years ago, the material was sold to him as "Black Malvoisie" – and so for well over 100 years, Spenker and his heirs grew and sold the grapes as this strange sounding fruit. But of course, no one really wanted grapes called Black Malvoisie, and so the fruit was sold for a pittance; usually in boxes shipped back East to home winemakers and out-of-state wineries. 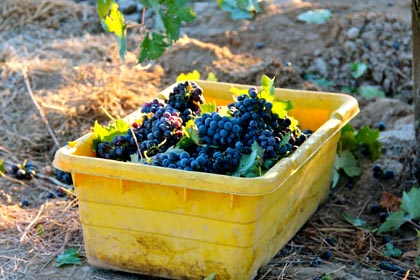 In 2003 Wanda Woock Bechthold happened to have a conversation with Kay Bogart of U.C. Davis, telling her that the family was seriously thinking of tearing out the vineyard and replanting with something that was actually profitable. When she found out how old the vineyard was, Bogart tells us, "I said to myself, why would you want to do that?" Acting on a hunch, Bogart took leaf and grape samples back to U.C. Davis, where they were identified as Cinsaut – a black skinned grape that was in high demand, especially among California wineries specializing in Rhône style wines, such as Bonny Doon.

Bogart immediately called Bonny Doon owner Randall Grahm, who jumped on it like an owl on a gopher. Long story short: other top California winemakers quickly followed suit, and today the Cinsaut from Bechthold Vineyard – since then, meticulously restored and organically hand-tended by Phillips Farms (the farming arm of Michael David Winery) – sells for well over ten times more than it did as Black Malvoisie. 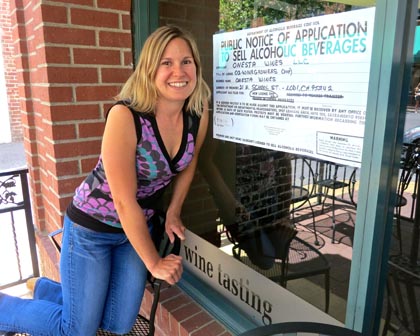 Johnson tells us, "From the start Bechthold has been an almost magical vineyard. At Bonny Doon we knew that if we wanted to brighten up any wine, all we had to do was blend in a little Bechthold Cinsaut, and it would punch out the flavors. Yet on their own, red wines from Bechthold Vineyard are very delicate, feminine… unique unto their own. There's nothing like it in the world!"

Finally, for the first time, there is also a 2013 Onesta Bokisch Ranch Lodi Viognier ($22) – sourced from Markus and Liz Bokisch's Terra Alta Vineyard, located in Lodi's Clements Hills AVA – which will be available for tasting and purchase at cellardoor. In this wine you can taste the restraint and the mature, gentle touch of the winemaker: a lightly tart, medium bodied, steely dry white wine, exuding transparently floral perfumes (notes of honeysuckle, ginger flower and jasmine tea) with mouth-watering flavors suggesting precision-cut, fresh apricots – a far cry from the heavy, plodding style more typical of California Viogniers.

"It's funny," says Johnson, "I really wasn't looking to produce a Viognier, even though I had plenty of previous experience working with the grape at Bonny Doon and Phoenix Ranch. I originally approached the Bokischs looking for Grenache Blanc… they didn't have any available. But they had Viognier for me; and when I got the fruit, they came in as amazingly tiny clusters, looking like little gold gems, with beautiful acidity and prickling flavors. I did everything I could to preserve that purity – whole cluster pressing, mostly stainless steel fermentation, rounding it out and increasing the textural complexity with 15% neutral barrel fermentation and lees stirring – and it turned out even better than I hoped."

What's not to love? 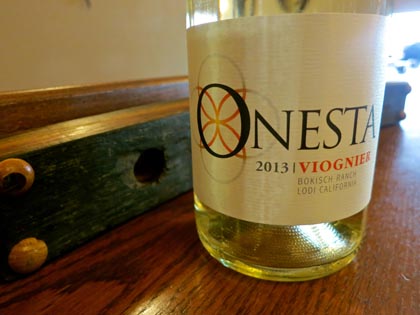