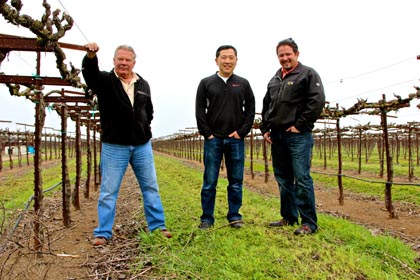 Everybody knows that the best Zinfandels come from ancient, gnarly, head trained vines. Not.

Try telling that to Jason Mikami, the owner/grower of Lodi's Mikami Vineyards. Or to Mr. Mikami's Vineyard Manager, Mike Manna – President/CEO of Manna Ranch Inc., one of Lodi's most important vineyard management companies (cultivating over 2,600 acres) – or Kian Tavakoli, Mikami's talented winemaker, who is based in Napa Valley.

Mr. Mikami's 15-acre Zinfandel vineyard was planted by Manna Ranch in 2006. The vineyard is located on the west side of the Mokelumne River AVA, the historic heart of Lodi wine country; but instead of being planted as traditional head trained vines, the vines were staked up on a trellises with cordoned arms tied to two wires running parallel on two sides – thus splitting open the yearly growth of leaf canopy. Plus, there are two more wires over the top so that canes can hang up and over the shaded fruit; thus replicating the umbrella-like, dappled sunlight that head trained vines effect from free standing positions. 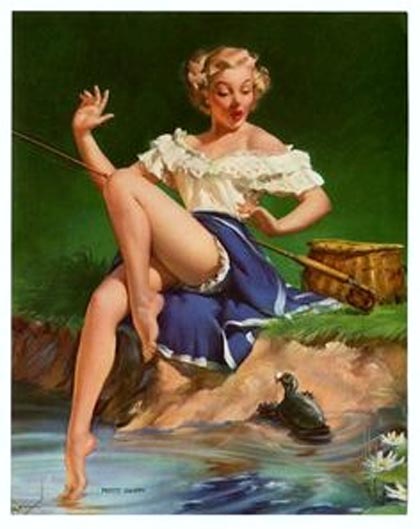 Despite these trellised vines' tender, young age, in three of the past five years Mikami Vineyards Zinfandels have garnered Gold Medals at the prestigious San Francisco Chronicle Wine Competition. This is a big deal, because San Francisco judges don't give these things out like candy: they expect a combination of varietal intensity and real, balanced elegance in their top rated wines.

The current release – the 2012 Mikami Vineyards Lodi Zinfandel ($39; available through mikamivineyards.com) – is the latest Gold Medal winner, demonstrating the plain fact of the matter: that the best Zinfandels don't necessarily come off ancient, spur pruned bushes.

The 2012 Mikami's aroma is of plump, drippy black cherry and plum, with a floral, rose petal-like quality; underscored by mild leafy/herbal, organic notes and toasted oak spice. The flowery fruit flavors sink into a palate feel that is round, velvety, full (14.8% alcohol) with firming tannins, but not heavy or cumbersome – more like a bosomy, liquid vision of a 1940s pinup with bare feet than a tattooed Katy Perry in sparkly stilleto heels.

"I can't exactly recall why we chose an open canopy trellis when we planted the vineyard," says Mike Manna, standing next to the vines with Mr. Mikami and Mr. Tavakoli, while a tractor was mowing the seeded grass in between the rows. Manna tells us the plants were grafted onto Freedom rootstocks – one of the more promiscuous rooting systems, usually geared more for big production grape growing.

Trellised vines are also meant to make it easier for mechanical harvesting (head trained vines can only be picked by hand), and one mechanical harvester can easily do the work of 75 people-harvesters, for about a third of the cost. "We planted the vineyard primarily for White Zinfandel," Manna recalls, "and most of the fruit still goes to E. & J. Gallo."

The Mikami Zinfandel, however, comes from three rows nearest to the little farmhouse that Mr. Mikami grew up in. These rows are hand picked, and are managed completely different from the rest of the vineyard. According to Mikami, "The rows for our wine are farmed to get two and a half to three tons per acre, whereas the rest of the vineyard gets closer to 9 tons." 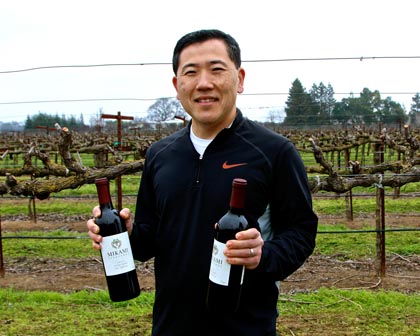 Adds Tavakoli, "In 2014 we experimented with pruning one of the three rows to just 1 cluster per shoot, which gave us barely half a ton. The difference was that sugars were higher, closer to 28° Brix, giving us a wine at about 15.6% alcohol. But since we pruned the other two rows normally, which ripened at lower sugars, we were able to balance out the final blend at 14.8% alcohol.

"The vineyard is just beginning to find its groove, though, and so the 2014 seems intense enough to handle even a slightly higher alcohol, avoiding that burning sensation at the back of the throat. But since our preference is closer to 14% alcohol, in the future we think we'll probably go for a moderate yield – maybe 3 clusters per spur – to get a more balanced intensity." 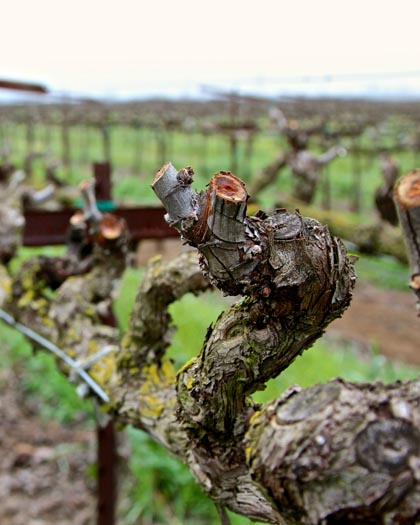 Mr. Manna chimed in, telling us, "I'm all for farming the rows going into the Mikami Zinfandel exactly the way they like it because you can see the results – they're getting the type of high quality off these young vines that most people would expect to find only from old head trained vines. The proof, as they always say, is in the pudding. It's just a good spot!"

Mikami also contends, "The awards validate Mike's work as well – he anticipates everything the vines need, and takes all the steps necessary to prevent problems before they happen. He planted on 4-foot spacing – close enough to force the each vine to compete and produce more concentrated fruit. Mike also takes the time to do the extra hand-work, like clipping shoulders off of every cluster to help us get more even ripening. And the entire vineyard is certified sustainable by Lodi Rules, which respects our environment and grows a better grape."

Mr. Tavakoli, who had previously worked with older Zinfandel plantings in Dry Creek Valley and elsewhere in Sonoma County, gives this assessment of the character of Lodi fruit, and Mikami in particular: "In Sonoma we get a heavier, earthier varietal character, but from the start (the first bottling of Mikami Zinfandel, the 2008 vintage) we have gotten even more of that classic, brambly Zinfandel spiciness than anything I've found in Sonoma, plus floral notes bordering towards violet.

"The spiced fruit aromas also translate completely on the palate, and we don't suffocate the wine – I think this is what the Chronicle judges have been responding to. In the winery, we try to respect the fruit by using only a little new French oak – about 30%, 35% – to accentuate the natural spice in the grape, and get the full potential out of the vineyard."

To all this you can add that the work of Mike Manna and Kian Tavakoli is a fitting tribute to the Mikami heritage, which adds to the story of Lodi. This is a family that originally arrived in Lodi from Japan in 1895 to work in vineyards and with other agricultural products. Like his father before him, Jim Mikami (Jason Mikami's father) farmed Tokay and other crops on the same property from 1945 (following interment during World War II) all the way to his passing in 2005.

The consistently acclaimed Mikami Vineyards Zinfandel is forging a new path – proving, once and for all, that good things do come to those who wait… and then make things happen! 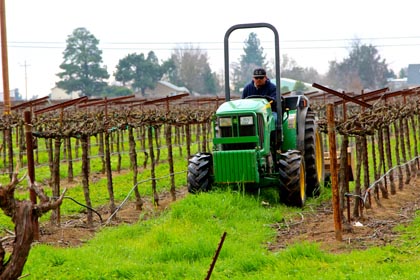