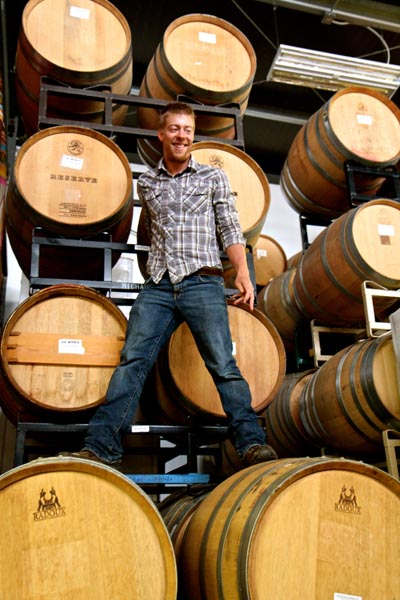 It is, in fact, the perfect red wine for wine lovers who like a little bit of wildness, even rawness, in their wine, tingling your nose and scraping your tongue – but in a gentle, unoppressive sort of way. Michael Klouda Wines‘ 2013 Stem Theory does just that: a purplish red wine delivering an array of aromas – fresh raspberry and dried berries mixed with green, leafy/herbal notes – wrapped in a medium body with moderately weighted tannin, coming across as both velvety smooth and a little prickly and, well, a little wild, a tiny bit raw. Like the dashingly dangerous boy that you can take home to mom and dad. 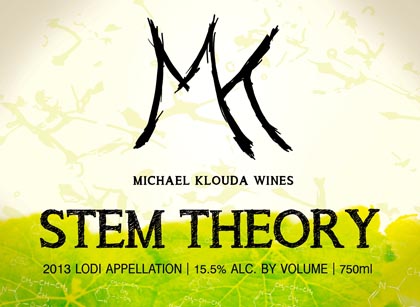 Stem Theory is a blend of Lodi grown Cabernet Franc (90%), with about 5% each of Petit Verdot and Petite Sirah. Mr. Klouda is one of Lodi's micro-producers; an army of one, as it were. He nurses his handful of barrels at m2 winery, where he helps out on weekends; and works full-time during the week as a viticulturist for Michael David Winery's agricultural arm, Phillips Farms. 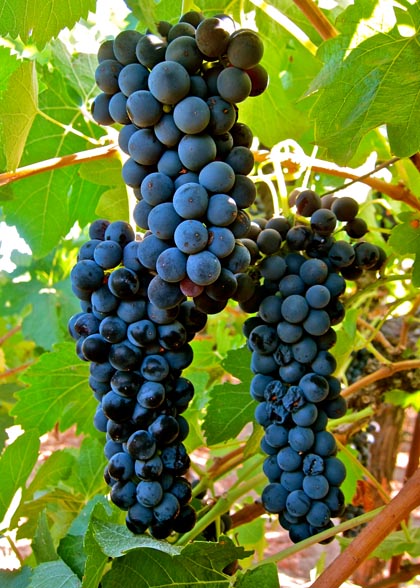 It was while executing his day-time duties for Phillips Farms that Klouda first became intrigued by the fist sized Cabernet Franc clusters grown by Ron Silva in his Silvaspoons Vineyards; located closer to Galt than the City of Lodi, in the gravelly clay loams of Lodi's Alta Mesa AVA.

Today, in both France and the rest of the world, the thicker skinned Cabernet Sauvignon is considered the more serious grape because it produces deeper, fuller bodied red wines; whereas the thinner skinned Cabernet Franc produces softer, rounder, more moderately weighted reds. But one particular Cabernet Franc trait always lingers in even the finest Cabernet Sauvignon based reds: an herbaceous aroma and flavor, often akin to the scent of green bellpeppers, derived from compounds referred to by winemakers as pyrazines (or methoxypyrazines).

The presence of pyrazines, in fact, can be detected by the average person's nose in dosages as small as 9 parts per trillion. Mr. Klouda has told us, "Personally, I have always enjoyed the green taste of pyrazines in wines made from Cabernet Sauvignon or Cabernet Franc." So much so, that Klouda exerts a winemaking methodology intended to amplify the pyrazine taste in his Cabernet Franc: first, by destemming the Cabernet Franc grapes when they come to the winery; and then by turning around and adding about 15% of the detached green stems right back into the fermenting wine. Hence, Stem Theory. 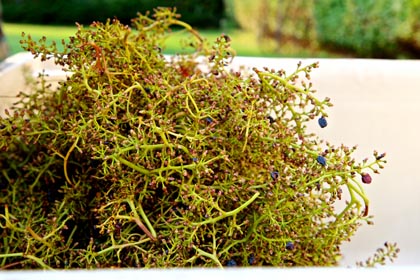 This is counter-intuitive because most growers work hard to get rid of the green taste in their grapes, and winemakers work hard to avoid the harsh, green taste of stems in their wines. Excessively green or bellpeppery flavors are generally considered flaws, even in Cabernet Franc based reds (you want a little of the grape's natural varietal character, but not much of it).

Klouda, however, believes that the tiny clustered Cabernet Franc grapes grown in Silvaspoons Vineyards' stingy, shallow soil, and in the benign, Delta influenced Mediterranean climate of the Alta Mesa AVA, doesn't produce enough of the "wild," interesting pyrazine taste he likes so much. The addition of stems is also meant to add more tannin structure to the wine, although the MK Stem Theory reds are still fairly moderate in their tannin feel.

If the entire idea of Stem Theory intrigues you, we recommend acting fairly quickly: only 50 cases of the 2013 were made; available directly from Mr. Klouda's MK Wines online store. 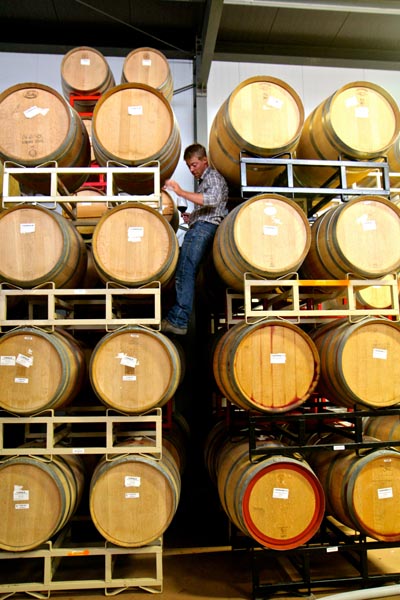