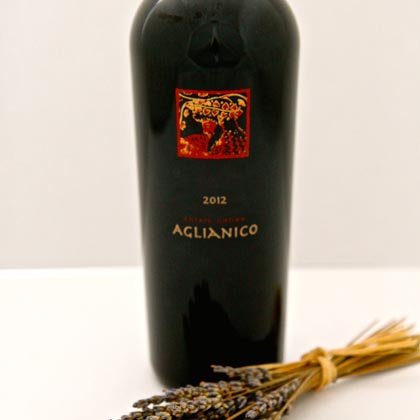 You may not know the Aglianico grape. Few Americans have; but it is an ancient Italian grape with an enduring history as a distinct cultivar, going back before the time of Christ. It is still celebrated today for its thick, deeply pigmented, flavorful skins; and it produces two of Italy's highest ranking (DOCG) red wines: bottled in the Basilicata region as Aglianico del Vulture, and in Campania as the famous Taurasi.

Surviving documents show that when Mount Vesuvius buried Pompeii, along the south-west coast of Italy, in 79 A.D., the tony city (a getaway for well heeled Romans) boasted approximately 200 wine bars. The price list, referring to as (Roman coinage), on the wall of one wine bar stated: 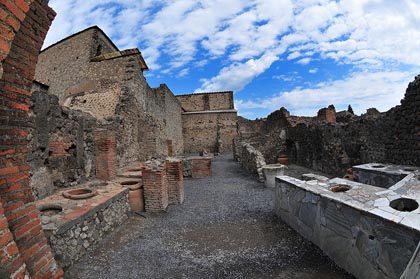 Ancient Italy's Falernian wine – spoken of as sort of a grand cru of the times by famous scribes such as Pliny the Elder, Galen, Catullus, and Petronius – was made primarily from the black skinned Aglianico grape. (as well as, possibly, the golden skinned Greco grape).

There isn't much of the Aglianico grape grown in California – exactly 62 acres according to the 2013 USDA/California Grape Acreage Report. This is something of a mystery; one of many, when it comes to the history of California wine.

Why, for instance, did the Franciscan missionaries coming out of Mexico to settle present-day New Mexico and California, starting in the 1500s, select the Mission grape (a.k.a. Criolla or Listan Prieto) to plant everywhere missions and settlements were established along the Rio Grande and El Camino Real?

Mission was (and always will be) a sturdy variety that makes a better sweet fortified wine (i.e. bolstered by brandy) than a dry table wine. But if the Franciscans wanted higher quality drinking wine, why didn't they plant Carignan, Garnacha (a.k.a. Grenache) or Mataro (a.k.a. Mourvèdre) instead? These grapes, after all, were also sturdy varieties cultivated for centuries in Spain; even far more extensively than Listan Prieto (which remains an extremely obscure grape in Spain today).

California was planted almost exclusively to Mission between the late 1700s and early 1800s, before Zinfandel suddenly attained most-favored-grape status shortly after the Gold Rush. But why Zinfandel, out of the hundreds of other varieties of Vitis vinifera cultivated for centuries in Europe? 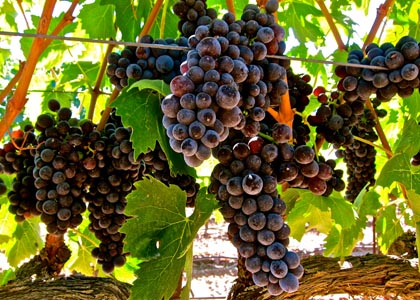 It wasn't until recently that vine scientists were even able to ascertain that Zinfandel originally came from Croatia; and somehow found its way across the Atlantic to nurseries in Boston and finally into the hands of wine-thirsty '49ers, pouring in from everywhere across the U.S. and European countries.

Over the past 125 years grapes of French origin – such as Colombard, Chenin Blanc, Sauvignon Blanc, Cabernet Sauvignon, and most recently, Chardonnay, Merlot and Pinot Noir – came to dominate (along with Zinfandel, Grenache and Carignan) the California grape growing industry.

For some reason, Italian cultivars – with the exception of one, the Barbera grape – got the short shrift in the Golden State. Even emigrants coming in directly from Italy seemed to prefer Zinfandel, Carignan or Petite Sirah (a.k.a. Durif, a French crossing) over their native Italian varieties. 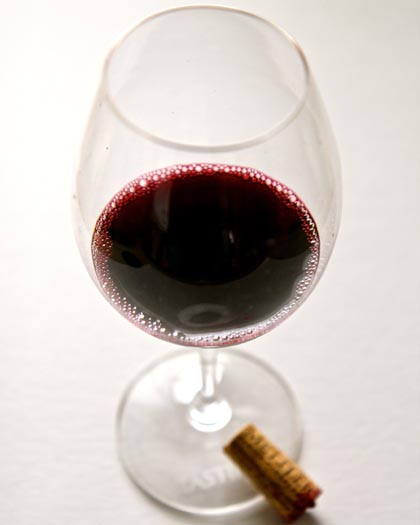 Yet no major European winegrowing nation has cultivated nearly as many varieties of Vitis vinifera than Italy. Sangiovese, for instance, is the major black skinned grape of Central Italy (especially Tuscany and Emilia-Romagna). Nonetheless, Sangiovese was not planted with any degree of seriousness in California until the 1980s.

The popular Barbera grape comes from Northern Italy's Piedmont region; but it is the Nebbiolo grape – to this date, still an obscurity in California vineyards – that is considered the "king" of Piemontese reds. We are just beginning to see some California grown Dolcetto (see Klinker Brick’s uncommon Dolcetto), another important grape in the Piedmont; but just dribs and drabs of Arneis, which produces the best dry whites of Piedmont.

Every day wine lovers in the U.S. are consuming copious amounts of many other great wines imported from Italy; made from hundreds of wine grapes that are either barely known or nonexistent in California vineyards.

Our point being: the world is full of wine grapes known to produce fabulous wines for far longer than most of us can imagine. But imagine the possibilities if they finally find a comfortable home in the friendly Mediterranean confines of wine regions like Lodi. Why not? We can already taste it in the Mettler Family's bold and sumptuous Aglianico! 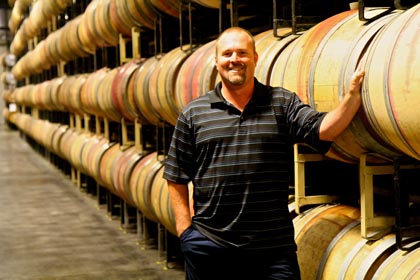