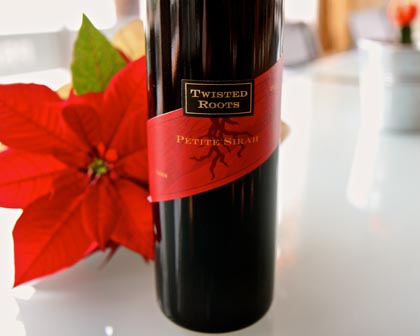 You can look at the increasingly short, dark, dreary days of December in two different ways: as a doggoned shame, or as the perfect excuse to enjoy the type of wines and foods that these days call for. 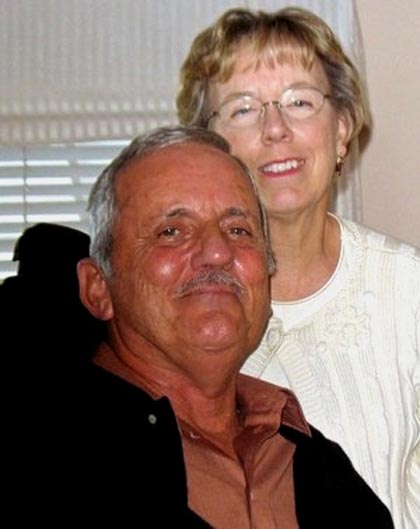 2014 has been a significant year for the "Twisted Gang,” with the opening of their new tasting room in Carmel Valley, plus the passing of their founder, Lodi grower Ross Schmiedt, this past March. It was Mr. Schmiedt who cultivated the Petite Sirah that went into the winery's first bottling, a 2005 Petite Sirah, from his family's 45-acre vineyard on the east side of Lodi (in the vicinity of Schmiedt Rd.). Mr. Schmiedt's wife, Susan Schmiedt, is continuing the brand with their original partners, Josh Ruiz (Ross's nephew-in-law) and Mike Hodge.

It is the end of another great year here at Twisted Roots, and as we all do this time of year we would like to take a moment and reflect back on the year, look forward to next year, and most of all remember the true reason for our Christmas Cheer… The entire Twisted Roots family would like to say Thank You to each and every one of you, for all your support and encouragement you have given us this past year…

With all of that being said, we also want to take a moment to remember that the Christmas time of year is more about helping those around you who are less fortunate then you, and sharing the love of God with everyone you come in contact with. It not about the wine, the parties, or the presents under a tree, as much as it is about making sure to take care of one another…

Everyone who knew him will always be inspired by Ross Schmiedt’s strength, faith and diligence; and as a tribute to that, the family at Twisted Roots will continue to donate a portion of every bottle of Twisted Roots wine sold to the ALS Association to help with research into that debilitating disease that challenged – but never, ever deterred – Mr. Schmiedt’s determination to see his very last vintage (2013) all the way through.

What better way for Lodi wine lovers to celebrate December and Ross Schmiedt’s life than with a bottle of Petite Sirah with slow braised lamb shanks? The 2011 Twisted Roots Petite Sirah is every bit as meaty, savory, full bodied, earthy and resuscitative as the lamb prepared in this fashion; and the wine itself has a smoky, woodsy, as well as almost green peppercorn-like spiciness that compliments the flavors in the following recipe. There is an essence of the man himself in this match: a deep complexity within an intrinsic balance and simplicity. 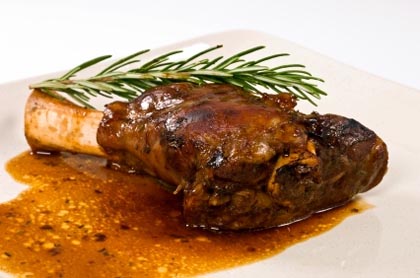 Preheat oven to 350º F. Season the lamb shanks with salt and pepper. In a large, deep sauté pan over medium-high heat, warm the olive oil until nearly smoking. Working in batches if needed, brown the shanks on all sides, about 5 minutes total. Transfer to a platter.

Add the onions, celery and carrots to the pan and cook, stirring occasionally, until the vegetables are golden and translucent, 3 to 5 minutes. Remove the pan from the heat, add the wine and return the pan to medium-high heat. Bring to a simmer, stirring to scrape up any browned bits from the pan bottom. Add the stock, rosemary, garlic, bay leaf and shanks and bring to a boil. Cover the pan, transfer to the oven and cook until the meat is almost falling off the bone, about 2 hours. Using tongs, transfer the shanks to a large serving bowl.

Remove the bay leaf from the cooking liquid. Using a blender or a stick blender, purée the liquid and solids until smooth. Season the sauce with salt and pepper. Pour some of the sauce over the shanks and pass the rest alongside. Serves 4. 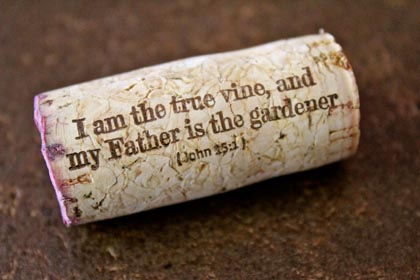