Macchia releases the first of the “perfect” 2010 zins 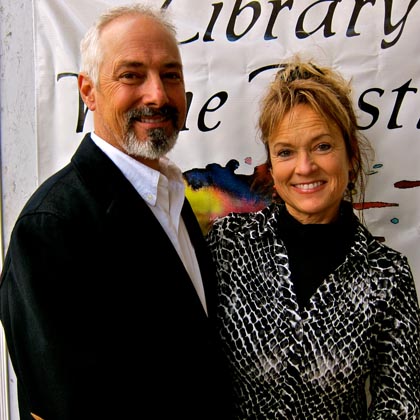 One of the Lodi AVA‘s brightest success stories is Macchia Wines, owned and operated by Tim Holdener and his family.  Like a dozen or so other key Lodi vintners, Holdener started off as a “home” winemaker, turned professional in 2001, and hasn’t looked back since:  Macchia now produces about 10,000 cases a year, most of which are sold out within six months of release. 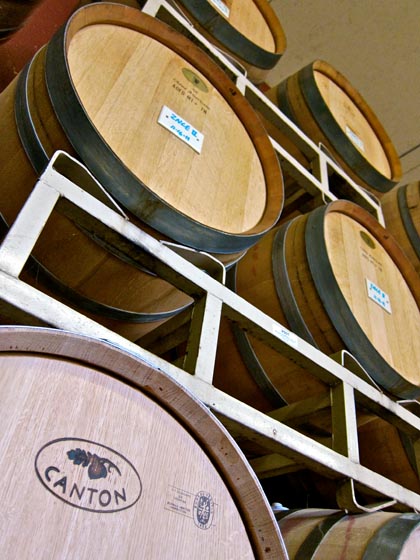 But as in all things in life, there’s a little bad that comes with the good:  it’s tough to be a Macchia wine lover when your favorites disappear before you can replenish stock.  Consequently, in recent years, Macchia has been pushing up the release dates of its contemporary classics earlier and earlier each year.  It’s reached a point where, for good or bad, Macchia is now the first of the ultra-premium Lodi based wineries to offer red wine vintages.

That is, good for the thirsty Macchia wine lovers, but maybe not so good for the wines themselves; since everyone knows that although big, rich Zinfandels, as well as Barberas and Sangioveses, are delicious at just two years of age, it doesn’t hurt to age them another two or three years, after which they often (although not always) become even more aromatic, smoother and richer.

At their “Get Wild” Fall Release Party this past November 19-20, Macchia debuted no less than four of their 2010s — red wines barely a year old! — at a place in time when most other wineries are just coming out with their 2009s or 2008s, or else still selling their 2007s and 2006s.   Oh, you can say that it’s something of vinous infanticide to drink super powered Zinfandels so young.  But as one famous Hollywood director/writer/actor once said, “the heart wants what it wants,” and if Macchia wine lovers enjoy drinking these Zinfandels in the magnificently purplish, oozing, juicy flush of youth, well then that’s that.  Rock on! 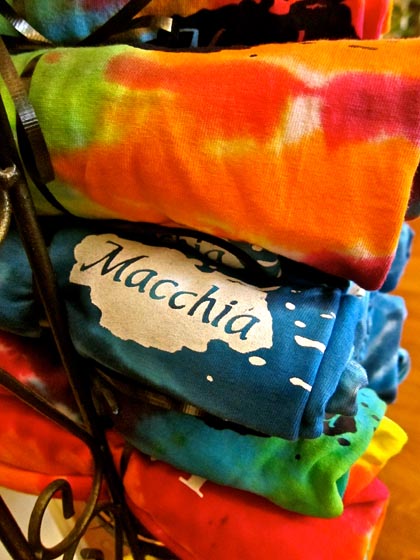 In any case, the other good thing about being able to experience Macchia’s 2010s  right now is that it gives you a good preview of this vintage, which most of Lodi’s winegrowers are still calling the best in memory.  Holdener himself, who has over twenty vintages under his belt, has no qualms about describing 2010 as an “absolutely perfect year to make wine.”  Perfect in what sense?  Says Holdener, “2010 was ideal because we could pick exactly when we wanted to — the weather was fairly cool, for Lodi, throughout the growing season, and there were no issues during harvest, unlike 2011 which was also a cool year, but a high pressure one because of the early October rains.

“We lean towards big, bold, intense wines,” adds Holdener, “and so we shoot for fully extracted grapes.  We were able to get exactly what we wanted in 2010, without having to worry about wet, cold or hot weather — picking under absolutely perfect conditions.  This was not just for Zinfandel, but also for Barbera and Sangiovese.”

Asked how the just-picked 2011s will ultimately stack up against the 2010s, Holder offers this prognostication:  “2011s will also have that combination of balance, intensity and fullness that we love in the 2010s, but for different reasons.  The balance comes from the moderate weather we experienced, like in the previous year, but the intensity is from the lower yields, which were down from the beginning.  Many growers thought 2011 would be a late ripening vintage because of the lower temperatures during the early part of the growing season, but the smaller crop — as much as 30%, 40% below average in our vineyards — accelerated the ripening, which was a good thing because we needed those grapes to be in the winery before those first rains in October.” 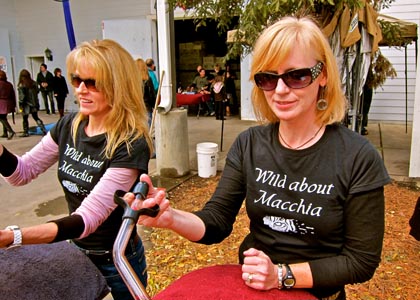 The 2010s tasted at the Holdener family’s November release party: 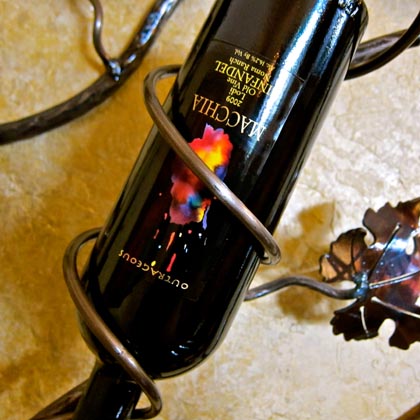 2010 Macchia, Outrageous Noma Vineyard Zinfandel ($24) – The head trained vines in this 100 year old vineyard — dry farmed in super sandy soil by Leland Noma — are barely two feet tall, normally yielding less than a ton/acre of hand sized clusters.  You couldn’t make a gentle style of Zinfandel out of these grapes if you tried, although Holdener at least manages to exact a sleek, lilting texture to this otherwise strapping, full bodied wine.  The nose focuses on sweet, sun dried berry qualities, suggesting blackberry, raspberry and black cherry; and there’s a zesty edge in the central taste, poking out of the sturdy tannins polished to a bright, silky veneer.

2010 Macchia, Generous Mohr-Fry Ranches Zinfandel ($26) – In the past Macchia’s Generous cuvées have come from Soucie Vineyard on the far western end of Lodi’s classic Mokelumne River AVA; but beginning in 2010, Generous comes from classic old vines farmed by the Fry family in the center of this historic growing region, just west of Hwy. 99.  The nose here is of lush, sweet black fruit (blackberry and dried black cherry); and on the palate, the wine is indeed generous — thick and broad in feel — with zesty edge to its velvet texture.

2011 Macchia barrel samples – At their November release party the Holdeners also treated guests to barrel samples of just fermented Zinfandels targeted for Macchia’s Oblivious (from 100+ year old, dry farmed, head trained vines on the east side of Mokelumne River) and Voluptuous (Maley Vineyards off Ray Rd. on Lodi’s west side, from vines averaging 50 years age) cuvées.  Even in tender babyhood, these wines are showing both the sweet intensity and buoyant, balanced feel tasted in the the 2010s, while seemingly headed towards a softer, looser structure.  But these were from just two barrels, and so we’ll have to reserve judgement on how the 2011s will eventually compare to previous vintages. 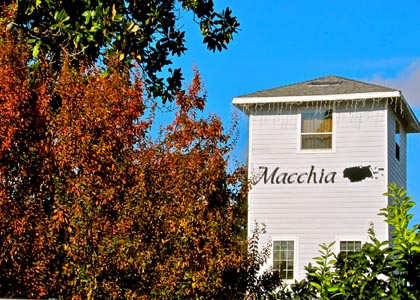