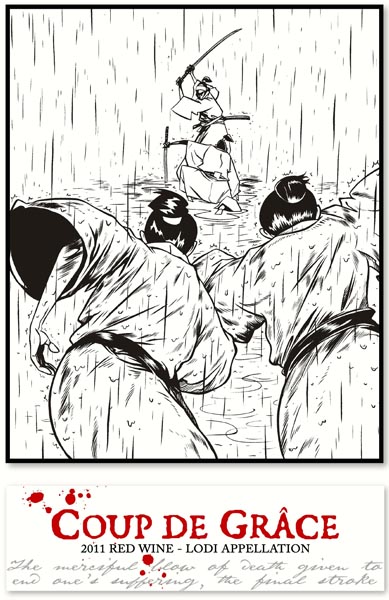 The expression coup de grâce technically means putting someone out of his or her misery, in a most violent fashion. But here in Lodi, it is now means a gloriously rich and original red wine – a thick, bloody red, if you will.

The 2011 Coup de Grâce Lodi Red Wine (about $28) is an explosive blend of Lodi grown Zinfandel (56%), 21% Petite Sirah from Lodi and Russian River Valley, 16% Petit Verdot from Lodi, and 7% Cabernet Franc from Napa Valley's Atlas Peak AVA. It represents the work of Lodi winemaker Adam Mettler (who is also the winemaker for Michael David Winery and Mettler Family Vineyards), in partnership with Mike Stroh (like Mettler, another Lodi native, whose daytime job is as Director of Marketing at Michael David).

What counts, of course, is the results; and like all finely fashioned blends, the 2011 Coup de Grâce combines virtually all the best parts of the grapes going into it: the generously full bodied and sculpted qualities of the Cabernets, with the saturated, purplish red color and plummy, wild blackberry/blueberryish fruit intensity of the finest Zinfandels and Petite Sirahs.

Touches of violet/floral perfumes, toasted sweet white oak as well as pungent herbal/weedy aromas add even further interest. In the mouth, the Coup de Grâce’s feel is thick, velvety and sumptuously flavorful, with a solid core of tannin filling out the middle like a super-sized cigar. 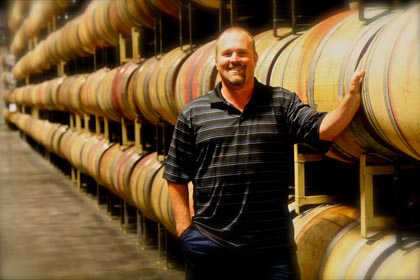 According to Mr. Mettler, "We call it Coup de Grâce because we think of it as a 'final death blow' to other popular brands of blended reds, like The Prisoner. We think what we grow in Lodi is as good or better than what you get anywhere. Coup de Grâce is meant to 'vanquish,' so to speak, any of the competition."

Once the blend and concept were established, the next step was designing an appropriate label. Mettler tells us, "In our research we came across a French artist (Jean Pierre Kalonji) who lives in Switzerland, and who specializing in black and white artwork depicting samurais. We tracked him down, and got him to draw something exclusively for our label."

The final step was launching the product. Says Mettler, "The wine was picked up by Vintage Point (i.e. Partners In Wine), a Sonoma based company that markets luxury style wines, and it is now in the process of being distributed across the country." In an initial press release, Vintage Point President David Biggar is quoted to say: "With over 80% recent growth, the red blend category continues to surge… red blend and Zinfandel drinkers tend to be adventurous and willing to explore, looking for the next 'hot thing' to share with friends." Enter, stage left: Coup de Grâce.

Adds Mr. Mettler, "Stylistically, we were going for a big, heavy mouth-feel, but not quite over-the-top. I would describe Coup de Grâce as being just as big as Michael David's Earthquake line, and just as deep and concentrated as the Michael David Inkblot reds. It's not a wimpy wine – one magazine has already described it as 'not for the meek' – but it's still very accessible. Anyone who likes a good, intense red wine will like Coup de Grâce." 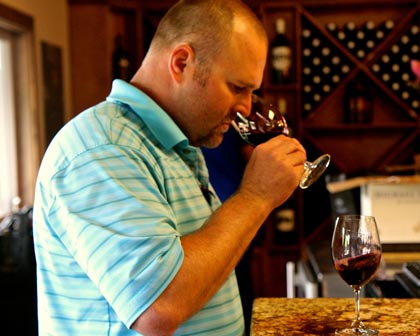