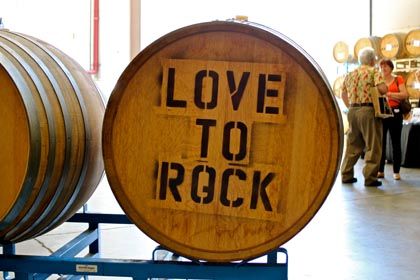 The Zinfandel Advocates & Producers’ Grill-O-Rama took place this past Saturday, August 11 at Rock Wall Wine Company’s giant hangar-turned-winery by the San Francisco Bay, in Alameda.  Kudos to ZAP for showcasing Zinfandel in context of where it really tastes best:  with grilled, or barbecued, foods, such as the pulled pork tacos in fresh lime vinaigrette prepared by Picán chef Sophina Uong (named Grill-O-Rama’s “Best Grill Master” by a panel of professional wine/food judges).

Six of the 30 or so California wineries who showed off their Zinfandels at Grill-O-Rama are based in Lodi.  It’s exactly in this type of venue that a zin lover can learn to discern the differences between the regions. 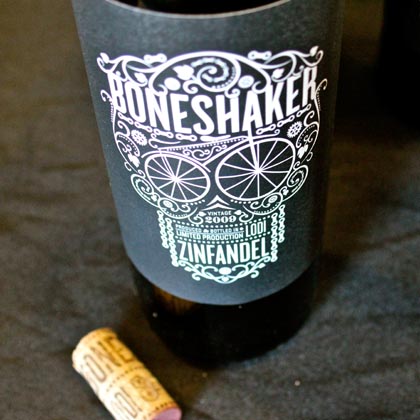 The Lodi AVA, for instance, boasts a Mediterranean climate and largely deep, fertile sandy loam River Delta soil, which produces a ripe, lush, round and friendly style of Zinfandel, with the usual distinctions among producers determined by winemaking styles and individual sourcing.

You could, for instance experience the zestier, sturdier, more structured Zinfandels grown in the Rockpile AVA (a higher elevation region in Sonoma County, sourced by wineries like Carol Shelton, JC Cellars, and Rock Wall).  There were a number of wineries at Grill-O-Rama showing Sierra Foothills Zinfandels (Amador County, El Dorado and Calaveras); which, while also varying by sub-region and producer, by and large seemed to show a fine, fluid style of Zinfandel, less about power or structure and more about balance and perfume.

For a lot of people, the good thing about Lodi is its value style of Zinfandels:  red wines that deliver the lush, jammy berry fruit aromas and flavors common to Zinfandels everywhere in California; but often enough, retail priced $5 to $15 less than comparable quality California zins from elsewhere.

Cycles Gladiator is one of several sub-brands produced by Hahn Family Wines.  In Monterey County, the Hahns specializes in some pretty highfalutin Pinot Noirs; but at its winery on Lodi’s Woodbridge Rd., it’s all about what Lodi does best:  super-value reds.

There might not be nearly as exotic a cracked pepper spiciness in the 2011 Cycles Gladiator Lodi Zinfandel ($12) as in, say, an Alexander Valley Zinfandel by wineries like Dashe or JC (very respectfully speaking).  But who can resist the smooth, round, fragrant varietal styling of the Cycles Gladiator, which has its own floral/violet, tobacco and anise-like spice touches?  Especially when you can buy three bottles of Cycles Gladiator for every bottle of Dashe or JC! 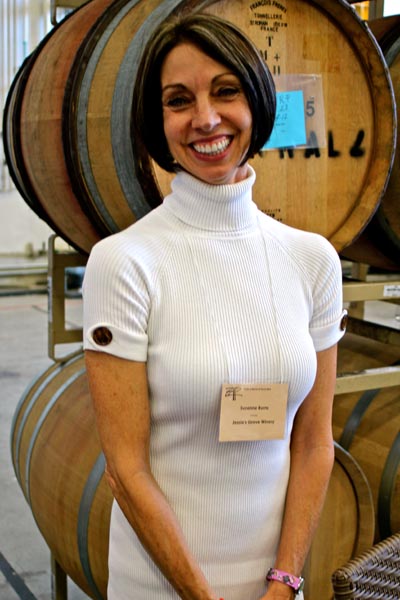 The Hahn Family does produce a zin falling into a higher price category:  the 2009 Boneshaker Lodi Zinfandel ($25) is broader, sturdier and thicker than the Cycles Gladiator; much of its big-mouth feel probably due to the 14% Cabernet Sauvignon in its blend.  For those digging its alternative label:  it also glows in the dark!

There were a number of other special Lodi grown bottlings shown at Grill-O-Rama.  Although it would be hard for anyone to pick a favorite, here’s one that deserves special mention:  the 2010 Klinker Brick Marisa Vineyard Lodi Zinfandel ($30).  The Marisa has three things going for it:

Suzanne Burns of the venerated Jessie’s Grove was at Grill-O-Rama, showing off her family’s equally rare, and distinctive, 2007 Jessie’s Grove Fancy Quest Lodi Old Vine Zinfandel ($24).  Fancy Quest is the label designate for this historic winery’s 57 year old vines (Jessie’s Grove’s oldest zin vines were planted over 120 years ago).  If anything, this block does not produce Zinfandels that could be describe as “huge,” or even “big” – but rather, a more velvety smooth, medium sized style of zin, with ripe berry aromas laced with smoky tobacco and an intriguing, pungent terroir driven loamy earthiness. 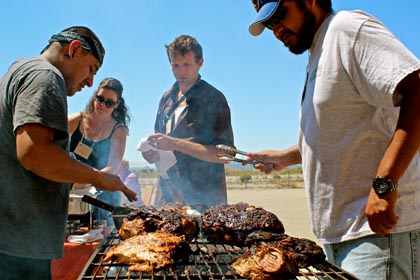 Tim Holdener, the owner/winemaker of Macchia Wines, is one of Lodi’s great success stories – everything he makes sells out almost immediately upon release – but he still demonstrates his devotion to the grape by serving on ZAP’s Board of Directors.  Hail to Mr. Holdener for not only that, but also for his 2010 Macchia Luxurious Rous Vineyard Lodi Zinfandel ($28) – a gorgeous wine, as rich in hue as in its floral, almost feminine perfume, uncoiling its long, lush, sensuously textured body across the palate.

At the same price point, the 2009 Ironstone Reserve Lodi Old Vine Zinfandel ($28) tasted similar to Macchia’s Luxurious in its floral, satin doll decadence, with a nose that blends a little more blueberry and black cherry into its fruit profile.  Never underestimate the heart of an Ironstone Vineyards wine. 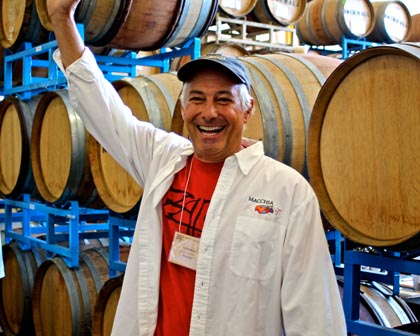