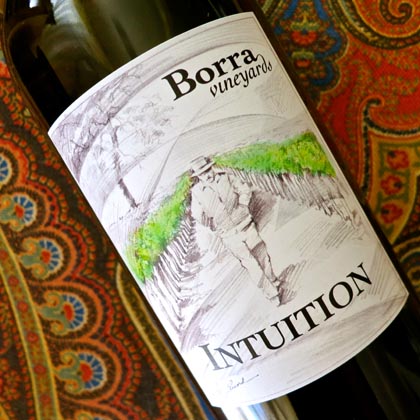 The crazy thing about Lodi these days is that the surprises never seem to cease.  Instead, we have vignerons who insist on constantly breaking the mold, while shattering commonly perceived misconceptions in the process.

This month Borra Vineyards – which holds the distinction of being the oldest of Lodi’s small, family owned wineries (originally bonded in 1975) – will be coming out with a brand new sub-label of sorts, to be called Intuition, which will pleasantly surprise, if not shock, even the most knowledgeable of Lodi wine lovers. 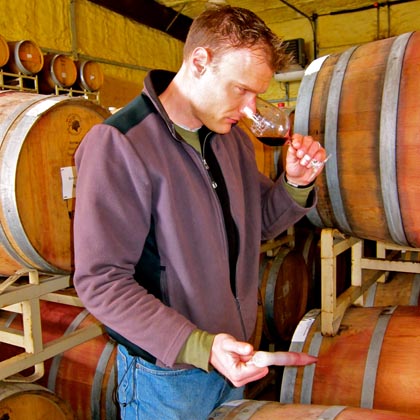 Why “Intuition?”  Well, as the name implies, that’s something you should know without anyone having to tell you.  Markus Niggli, Borra’s European born winemaker, is cagey about it because he’d much rather let the wine speak for itself – which it does in finely tuned volumes:

The 2011 Borra Intuition Lodi Field Blend White ($22) is a beautifully perfumed white wine, with white tropical flower (suggesting Hawaiian plumeria, or frangipani) and rose petal/peppercorn spices, with undertones of fresh cream and Chinese lychee fruit.  The wine is even better when you taste it – bone dry, feathery light in its medium body (just 12.8% alcohol), and a pointedly tart, clean, lemony edge that makes the palate cry for more (more wine, or for some great summery foods!).  Meanwhile, the spiced fruit flavors signaled in the nose channel through the mouth like soft, silky waves upon tropical shores.  Very sleek, contemporary, and as refreshing as a dry white wine can be.

Some other amazing thing about this new fangled white:

First of all, it may seem crazy that anyone in Lodi is even growing German grapes – associated with the coldest climate growing regions in the world.  Yes, Lodi is located at the top end of California’s Central Valley.  However, Lodi is also located within the Sacramento-San Joaquin River Delta, giving it a decidedly Mediterranean, rather than desert-like, climate.

As a wine region, Lodi actually compares to most of California’s finest coastal regions.  How so?  Let’s compare Lodi’s average high and average low temperatures to that of St. Helena (representing the center of Napa Valley), Healdsburg (where Sonoma’s Alexander Valley, Dry Creek Valley and Russian River Valley converge), and Paso Robles on California’s Central Coast. 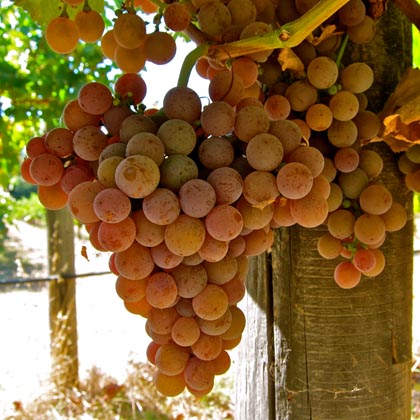 Temperatures in July, the mid-season for grape growing, and the hottest month of the year in most of California:

And for October, when most of the wine regions’ red wine grapes are harvested:

As you can see, there is not a lot of difference between the regions.  Paso Robles, in fact, would generally be considered the warmest of the four, but a lot of that is because Paso Robles tends to have the widest daily diurnal fluctuations – its highs tend to be higher, and its lows are even lower, than other top winegrowing regions.

The point being, Lodi is not as “hot” as many people think.  But great for German grapes?  Perhaps not for pure Riesling, which demands an ultra-cold climate to be at its best (even Napa Valley and most of Sonoma is too warm to grow great Riesling, which is why they don’t). 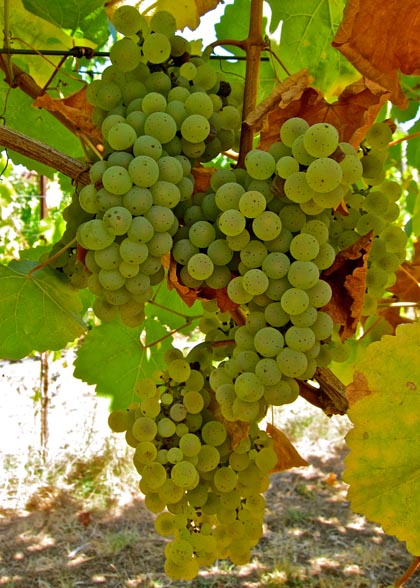 But grapes like Kerner (a crossing of Trollinger and Riesling) and Rieslaner (a Silvaner x Riesling crossing) were actually developed to excel in warmer, larger production regions of Germany, like Franconia and the Pfalz.  Gewürztraminer grows best in Germany’s Baden region, along the Rhine River, which can get quite warm.

In fact, even when made in off-dry styles, German wines made from Kerner, Rieslaner as well as Gewürztraminer typically finish with alcohols in the 12% to +13% range.  At 12.8%, the bone dry Borra Intuition is smack dab in the same ballpark; which also explains why its fruit qualities are so fresh and expressive, and its natural acidity so bright and zesty.

As it were, Mr. Koth’s “German Collection Vineyard” in Lodi is planted to no less than 40 grapes of German or Austrian lineage (including Riesling).  Okay, maybe that’s a little crazy (especially when you consider that right next door to Koth’s collection is one of Klinker Brick’s prized 100+ year old Zinfandel vineyards, as well as Markus and Liz Bokisch’s Las Cerezas Vineyard, planted to Albariño, Graciano and Tempranillo).

Does this make Borra Vineyards equally certifiable?  Well, if “crazy” means a beautifully balanced, light, fragrant yet crisply dry white wine called Intuition, we should all be so committed!

To find Borra Vineyards wines:  typical of Lodi families, the Borras are more growers than wine producers.  But you can find their wines by visiting their winery at 1301 E. Armstrong Rd., just south of the town of Lodi; or by going to borravineyards.com (advisory:  Borra Wine Club members are spoiled by huge discounts, plus access to Borra’s rarest and finest wines, such as their acclaimed Field Blend Red). 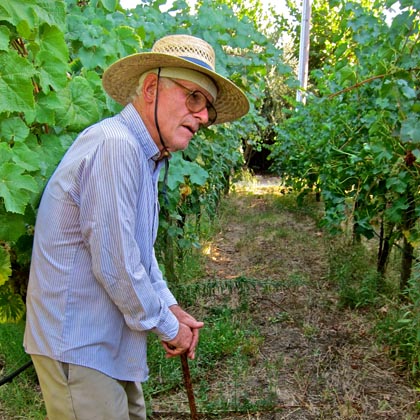