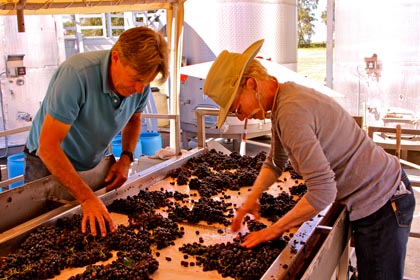 In a recent article appearing in Decanter – a U.K. based publication that bills itself as the "world's best wine magazine" (and perhaps it is) – a critic named Andrew Jefford related a recent experience comparing two red wines made from the same grape (Tannat), one from Lodi and one from South-West France:

A couple of weeks ago, I tasted (in the same afternoon) a Tannat from the Alta Mesa AVA in warm Lodi (made by Ursa Vineyards using fruit from Ron Silva's Silvaspoons Vineyard) a couple of hours before trying a barrel sample of the 2012 Vignes Préphylloxériques, a Tannat produced from a tiny, ancient parcel in St. Mont by the excellent Plaimont Producteurs cooperative.

No mutational tension here, in other words; it's the same variety, if not necessarily clonally identical. Once again, though, the wines were unrecognizably different from one another. The former was soft and untannic, trembling like a jellyfish, rich with burnt blackberry; the latter was invigorating, resonant and profoundly tannic, more guardsman than gelatinous zooplankton. Not only were they different in flavour analogies, but they were a shocking structural contrast. I was tasting two places, and two wine cultures. Other varieties grown in each place would surely have told the same tale. The variety, in fact, was an impediment to understanding. 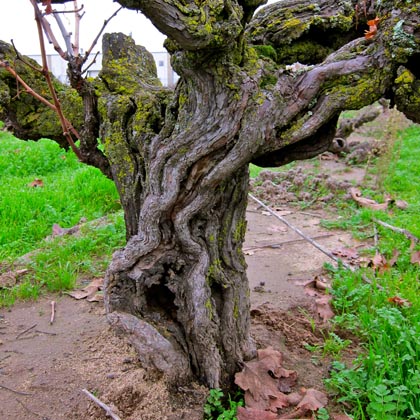 The author, it seems, was almost shocked that two wines from two different places tasted so different from each other, even though made from the same grape. This is somewhat puzzling, considering the fact that here in the U.S., as in France, wines made from the same grape grown just within a few feet of each other often taste very different. You don’t have to be oceans apart. Specific sense of place – or terroir, as the French often call it – plays as much a part in any wine as selection of grape, not to mention winemaking and viticultural styles or technique.

We grow, for instance, more Zinfandel in Lodi than in any part of California; and for that matter, the world. Macchia Wines, for one, can produce a Zinfandel from a planting like Noma Ranch, which is consistently among the biggest, thickest, and highest in tannin and natural acidity in the state. Right across the street from Noma Ranch, there is Zinfandel grown that are among the softest and fruitiest in the state.

The fact that the tiny head trained Zinfandel vines in Noma Ranch are dry-farmed and over 100 years old has a lot to do with the stark contrast. Across the street the vines are less than 20 years old, trellised, and typical of most of Lodi, irrigated as needed. This inevitably makes for fruitier, more "gelatinous zooplankton"-like wines, which is just fine: we don't want all our Zinfandels to be big and thick, like Noma's.

This is the beauty of Lodi; but unfortunately, a beauty that is still largely unknown or misconstrued outside the AVA. Because of Lodi's history, past and present, as a feeder to big production wineries (in the old days they used to call them "jugs"), the common assumption is that all of Lodi's vineyards produce soft, easy drinking wines. The reality is that there are a lot more individual terroirs in Lodi than what many people think; and slowly but surely, small artisanal producers – such as Macchia, McCay, Maley, m2, Fields Family, Harney Lane, Klinker Brick, and St. Amant (they don't all start with m) – are starting to get the message out.

But what's wrong with the traditional, soft, light, easy drinking red Zinfandels? Absolutely nothing! The French, after all, may have their great, serious Bordeauxs, Rhônes and Burgundies; but the wines they actually drink the most, everyday in their homes and cafés? Those are usually soft, light, profoundly untannic red wines from Beaujolais, petits châteaux of Bordeaux, or from appellations like Saumur-Champigny in the Loire River or Corbières from Languedoc-Roussillon. Wines that are almost the equivalent to our easy drinking Zinfandels – so soft and fruity you can practically drink them on ice (which, in fact, is what many of the French do). 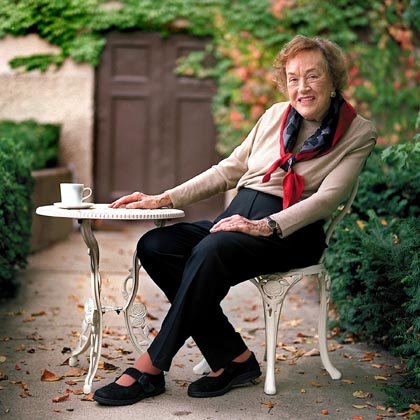 The following recipe for "French burgers" was adapted from a chapter in the classic Mastering the Art of French Cooking, Vol. 1, published over 50 years ago by Julia Child, Louisette Bertholle and Simone Beck (as also seen in 2009's Julie & Julia). "Real French people living in France," the book goes, "eat hamburgers"… OMG!

Of course, typical of Julia Child, this recipe calls for generous portions of butter to enhance the flavor of lean ground beef. This might sound odd, but our advice: do not scrimp on the butter (which crackles with the binding flour), because this is precisely what gives these burgers the luscious taste that tastes so amazing with soft, lush styles of Zinfandel such as those made by Michael David Winery (their famous 7 Deadly Zins), Jessie's Grove (their positively plump Earth, Zin & Fire), LangeTwins Family, Gnarly Head, !ZaZin, as well as the recently released Zin-Phomaniac – all typically retailing for $16 to $22.

Trust in Julia, just as you trust in Lodi Zinfandel… and bon appétit!

Cook the onions slowly in the butter for about 10 minutes until very tender but not browned. Place in a mixing bowl.

Add the beef, butter or fat, seasonings, and egg to the onions in the mixing bowl and beat vigorously with a wooden spoon to blend thoroughly. Correct seasoning. Form into patties 3/4 inch thick. Cover with waxed paper and refrigerate until ready to use.

Just before you sauté, roll the patties lightly in the flour. Shake off excess flour.

Place the butter and oil in the skillet, and set over moderately high heat. When you see the butter foam begin to subside, indicating it is hot enough to sear the meat, sauté the patties for 2 to 3 minutes or more on each side, depending on whether you like your hamburgers rare, medium, or well done.

Arrange the burgers on a warm serving platter and keep warm for a moment while finishing the sauce.

Pour the fat out of the skillet. Add the beef stock/wine liquid and boil it down rapidly, scraping up the coagulated pan juices, until it has reduced almost to a syrup. Removed from heat, swirl the butter by half-tablespoons into the sauce until it is absorbed. Pour the sauce over the hamburgers, garnish with thyme sprigs, and serve with what you like (vegetables or salad; potatoes, rice, pasta or bread). 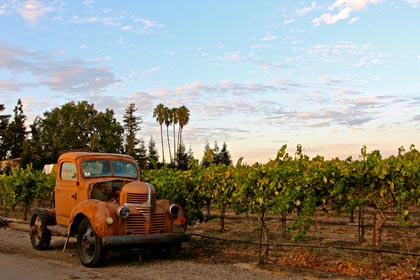