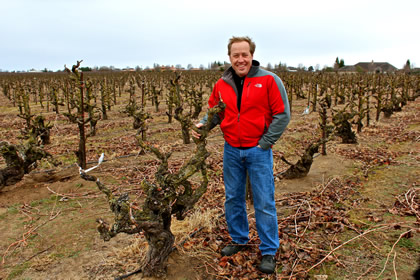 Since its inception in 2008, Harney Lane Winery has shot up the proverbial charts of Lodi wine lovers with hit after hit of outstanding Lodi grown wines.

A flowery fresh Albariño, a first class barrel fermented style of Chardonnay, a velvet lined leather glove-y Tempranillo, and a cigar blast of a Petite Sirah have all found favor among Harney Lane aficionados; but it is Zinfandel – Lodi’s heritage grape – that still anchors the brand.

Which makes sense because the Harney Lane heritage actually dates back to over a century of grape growing by the same family who first planted on the present day winery property just east of the town of Lodi.  A terroir that falls well within the parameters of Lodi’s Mokelumne River AVA, with its ideally deep, porous yet fertile Tokay sandy loam soil and a Delta cooled climate similar in temperatures and seasonal patterns to other proven wine regions such as Napa Valley and Sonoma County.

Harney Lane’s flagship wine is called Lizzy James Zinfandel; named after Lizzy and James, the elementary school age children of proprietors Jorja and Kyle Lerner.  Lizzy and James enjoy the typical lives of kids growing up on a Lodi farm – pruning canes, pulling leaves, driving tractors, loading up grape gondolas, running through the fields kicking up the summer dust with the dogs who are frantically digging for gophers or chasing down those wascally wabbits.  This was Jorja’s early life when her dad, George Mettler, was actively running the ranch, and probably not much different from the life of Henry Schnaidt, George’s grandfather and mentor, who planted the property’s first vines back in 1907.

Today, Kyle is in charge of farming the 60 acres around the winery, plus another 750 acres within the vicinity either owned by the family or leased from other longtime Lodi residents; including what is now known as Lizzy James Vineyard, a venerated 20 acre plot of gnarly, wizened Zinfandel vines, first planted on nearby Alpine Rd. in 1904. 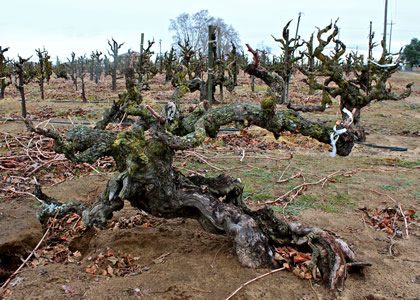 As wizened as it appears, this 107 year old vine in Lizzy James is going strong, producing one of California's most terroir focused reds

When the Mettler family purchased Lizzy James twelve years ago, according to Lerner, “it was a restoration project… a lot of dead spots, a lot of vines that needed resuscitating, but we nursed it back to health and, since then, it’s produced our most award winning wines.”  Sitting on super sandy, beach-like soil, the Lizzy James vines give miniscule proportions of Zinfandels that are known not so much for sheer intensity or big, rotund proportions often associated with contemporary style Zinfandels, but rather for a svelte, focused, almost pure black cherry/raspberry varietal character that sticks to the palate like burs on summer pants.

“It’s a goofy little vineyard,” adds Lerner, “probably made up of as many as 10 different clones of Zinfandel, largely because of the continuous replanting in the various dead spots over the years” (typical of Lodi’s pre-Prohibition vineyards, not all the vines in Lizzy James are of the same age).

Only 365 cases of the 2009 Harney Lane Lizzy James Lodi Old Vine Zinfandel ($33) were produced, and it was given the royal treatment of 100% French oak aging to highlight its flowery raspberry tea infused nose and dense yet fine, zesty, supple length of flavor, weighted evenly from front to back.

There is a segment of wine geeks and sommeliers these days who like to talk about “the question of balance” in a wine, and how many California wines are farmed (or made) incorrectly and thus are not truly expressive of their terroir.  It’s a shame most of them probably haven’t yet discovered Lizzy James, because this is as true an expression of a place (as opposed to a “varietal” profile) as it comes.  It just happens to be made from good ol’ Zinfandel; not Pinot Noir, Chardonnay, Syrah, or other such things. 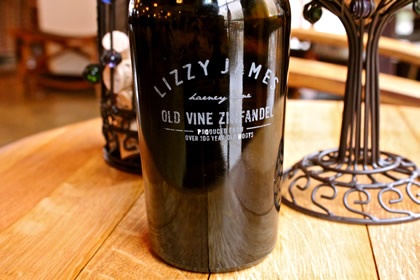 But wait, as they say, there’s more… now Lizzy James has a sister wine, also 100% from the Lizzy James Vineyard:  the nonvintaged Lizzy James Old Vine Zinfandel “Port Style Wine” ($35/500 ml.) – so-called because, legally, new American made fortified sweet reds are not allowed to be bottled as “Port.”  There is a reason why Portuguese grapes like Touriga and Tinta Cão are favored over grapes like Zinfandel for the making of fortified reds:  their skins are considerably thicker and more deeply pigmented, allowing for easier late season ripening, whereas the thinner skinned, tightly bunched Zinfandel is prone to bunch rot when fall weather turns inclement.

Yet Lerner, and his highly respected consulting winemaker Chad Joseph, have managed to produce a pure and bright sweet fortified red purely out of the Zinfandel grape.  This Lizzy James may not be quite as weighty as traditional Port, but is nevertheless as juicy rich and well balanced in its zesty, silken sweetness as any good “Port style wine.”  Think chocolate coated raspberries fed to you while reclined on satin pillows… any questions?  Just enjoy the taste of Lodi’s heritage! 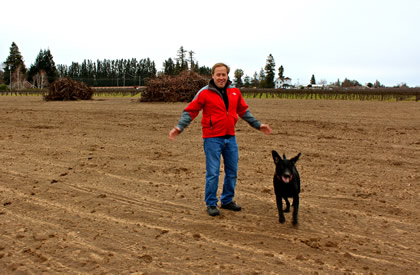 Lerner in the 3 acre field next to Lizzy James, just recently cleared for an experimental planting of Zinfandel clones for ZAP/UC Davis' Zinfandel Heritage Project