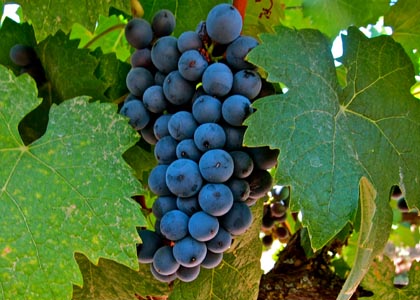 It was during one of their first trips to Spain when Rick and Erin Taylor first tasted a wine made from the Graciano grape, right from a barrel in a little bodega (winery).  “We were blown away,” says Mr. Taylor.  “It was unlike anything else we’d ever tasted.”

Later, when the Taylors discovered that Markus and Liz Bokisch were growing Graciano here in Lodi, where the Taylors were also living, “we knew we had to make that wine.” 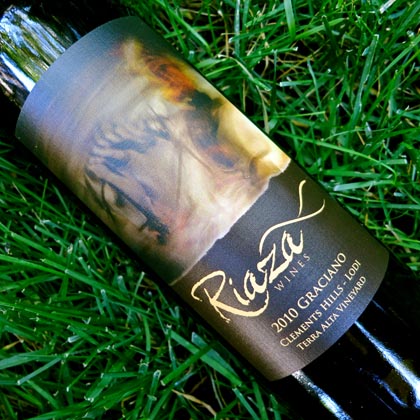 In her modern classic, The Wine Region of Rioja (© Sterling Epicure 2012) Ana Fabiano describes Graciano as a “finicky” grape to grow, but one of “great allure.”  It is also a grape that has been on the “verge of extinction” since the latter part of the last century.  Because of surging interest in Tempranillo, Graciano’s longtime companion grape in their native region of Rioja in Spain, the cultivation of Graciano in Rioja has dwindled down to about 2% of the region’s total plantings, and would have disappeared altogether if not for the interest of “a few winemakers in the new generation.”

Back in 1999, when the Bokischs first planted Graciano and other Spanish grapes in their Terra Alta and Las Cerezas vineyards (respectively, in Lodi’s Clements Hills and Mokelumne River AVAs), they, too, planned to use Graciano primarily as a blending grape – something to enhance Tempranillo.  But a funny thing happened on the way to the forum:  during the first few years of Bokisch Vineyards’ existence, it was Graciano, not Tempranillo, that proved to be the bigger hit.

Whereas early vintages of Bokisch Tempranillo were rather spare in flavor, right out of the box the Graciano bottlings by Bokisch wowed everyone with the inherent charms of the grape:  plump and plummy flavors; a body that is full in feel, without being heavy; and varying degrees of compelling sensations like star fruit and anise, spicy green peppers, and elusively sweet/earthy kitchen seasonings. 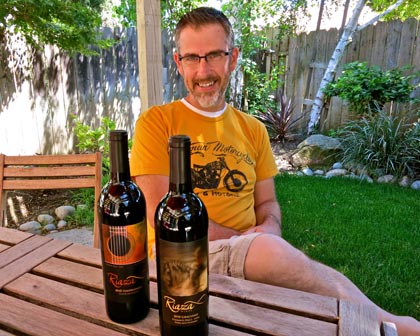 Recent vintages of Bokisch Tempranillo have come on stronger (their recent 2009 tasting vividly of red stone fruits and silk gloves), while club members continue to gobble up all the Graciano the Bokischs can bottle, almost immediately upon release.

So far, Riaza has been following a similar pattern:  whereas their Graciano is rich and sumptuous, their current release of Lodi grown Tempranillo – the 2010 Riaza Hunters Oak Clements Hills-Lodi Tempranillo ($26) – is on the lighter side.  In fact, very Rioja-like in its soft, smooth, uncomplicated red cherry fruit, embedded in chestnut and dill-like oak tones.  If loving this is wrong, who wants to be right?

Still, when pressed, Mr. Taylor is reluctant to say which he prefers more, Graciano or Tempranillo.  “That’s like asking which of your children is your favorite.  Graciano is certainly our most unique red, given that it’s still pretty obscure (not a lot of fruit to be had)… and pretty stinkin’ good.”

Taylor is a particularly big fan of the subtle greenery in the aroma of Graciano – “a really nice compliment to the fruit” – and its mouth-feel, which can be “downright unctuous, silky and creamy at the same time… the mid-palate is really nice, and the finish just keeps going – screaming, ‘drink me!’”

In the Taylor household, this is often experienced alongside “a nice cave-aged blue cheese with quince paste on a good water cracker, or a rosemary rubbed grilled lamb chop with mashed sweet potatoes.”  What’s not to like in a wine like Graciano? 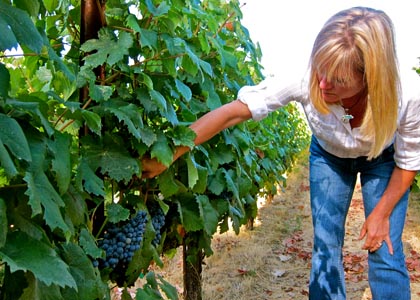