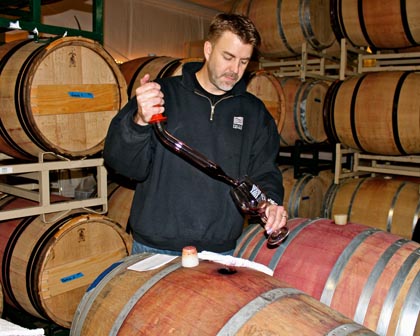 But to live outside the law, you must be honest…
- Bob Dylan (Absolutely Sweet Marie)

Why il ladro – Italian for “the thief”?  The story goes back some six, seven years ago, when co-proprietor/winemaker Russ Fields was just getting into winemaking as an avid amateur.  As part of his self-training, Fields used to “liberate” tiny bits of fruit that had gone unpicked (hence, tragically wasted) in neighboring vineyards in somewhat surreptitious fashion.  There have been worse things – like ex-presidents’ partying, or ones who lust or never inhale.

These days, of course, there is nothing clandestine about what Mr. Fields and his partner/winemaker-in-crime Ryan Sherman do:  over the past two or so years, the hand crafted wines of Fields Family Wines have garnered quite a respectable following among the local intenditori.  Everyone, after all, loves a gangsta… or picker, grinner, joker, smoker, or even midnight toker – all the better, if there’s good wine coming out of it. 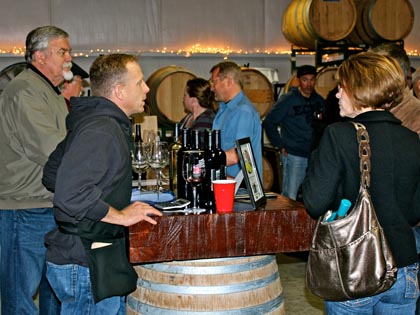 Especially like the 2010 Il Ladro: a beautifully scented, silky yet zesty, medium bodied red wine – not too heavy, not exactly light, beguiling the senses with ringing peals of rose petal and pepper flecked cherry preserves with woodsy, burnt leaf nuances – composed of Lodi grown Sangiovese, with a little Cabernet Sauvignon, Merlot, and another secret ingredient.  A keeper, not a toker.

What exactly does Mr. Sherman mean when he says this wine is “Super Tuscan” inspired?  Lodi is, in fact, a long ways from Italy’s Tuscany region, where the native Sangiovese grape has reigned for centuries.  Italy’s first Super Tuscan style wines were not made until the seventies, a time when official DOC laws prohibited producers in Tuscany’s Chianti region from making red wine with more than 70% Sangiovese in the blend.  In fact, the old Italian laws required the use of at least 10% white wine grapes in Chianti, which many producers thought was a ridiculous way to weaken an otherwise perfectly good red wine.

Therefore many of the top Chianti producers began to work outside the law — it’s Italy, after all – and produce red wines with larger percentages (if not 100%) of Sangiovese; or often, blended with non-traditional French grapes like Cabernet Sauvignon and Merlot.  These new style Italian wines were unofficially called Super Tuscans, and sold by proprietary names like Tignanello and Sassicaia rather than as Chianti.  These wines proved so popular, and prestigious, that eventually the restrictive laws governing production of Chianti also began to loosen up; the logic going — if you can’t beat ‘em, join ‘em.

According to Mr. Sherman, “we first had an opportunity to make wine from the Cosi Bella Sangiovese vineyard owned by the Kampling family in 2009.  Since then we have been making wine for the Kamplings’ private label, along with our own Il Ladro.”  What also makes the Fields Family blend different from other Super Tuscan inspired reds is its unofficial secret ingredient:  a smidgen of good ol’ Lodi Zinfandel, which Sherman says “sort of plumps up the middle with that jammy spice quality.”  Zinfandel in a “Super Tuscan?”  Since when did “Italian” mean following the rules?

From a sensory perspective, according to Sherman, the overall idea behind the use of Cabernet Sauvignon, Merlot and Zinfandel in the Il Ladro is “a rounding or softening of Sangiovese’s edginess… you end up with an even more elegant, aromatic, food-centric wine.”  Now we’re talkin’… bring out the pesto pasta, the braised oxtail ravioli or wild mushroom gnocchi! 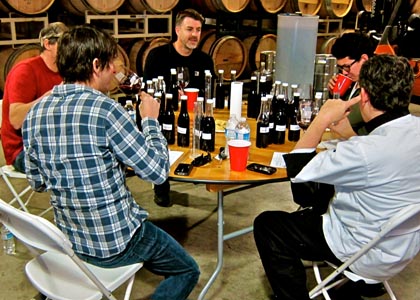 In a special Fields Family Wine Club event last week, Fields and Sherman also unveiled a few other noteworthy new releases; each one delivering significantly more in flavor than what you normally pay for:

2010 Fields Family, Lodi BIG RED ($22) – Here’s an interesting concept:  to come up with this blend (30% Zinfandel, 30% Carignane, 30% Syrah, 5% Merlot and 5% Petite Sirah), Fields and Sherman invited three top local chefs (Didier Gerbi, Ruben Larrazolo and Michael Warren) and several “self proclaimed foodies” to sit down and taste all the separate components, and they asked each one to come up with their own recommended blend, duly noted by the winemakers.  The result is somewhat of a misnomer – this is not truly a “BIG” red, but rather a moderately scaled, well rounded red that fulfills the vintners’ goals of producing “foodie centered” wine.  The berry qualities (blackberry, black cherry and blackcurrant liqueur-like) are plump and juicy; and while lush in the mid-palate, the wine finishes with a crisp yet easy tart edge, filled out by smooth tannin.

2010 Fields Family, Old Vine Mokelumne River-Lodi Zinfandel ($24) – Culled from the Sherman Family Vineyards, what Sherman calls a “minimalistic” approach to the grape – meaning, very moderate oak (American and Hungarian) influence in raspberry jam/black cherry bomb varietal fruit character.  In the house style, though, there is significant tannin, sinewy yet smoothed, plus an emphasis on slightly edgy acidity.  Sherman describes the texture as “pinot-like,” but that may be stretching it – let’s just say that it has the zip and fruit focus you expect in good Pinot Noir, but with the midnight smokin’ gutsiness of good ol’ Lodi Zinfandel! 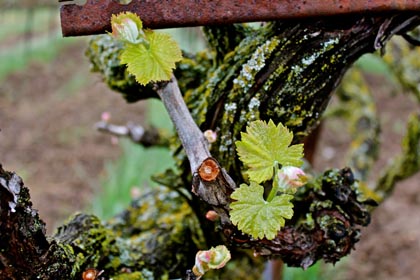