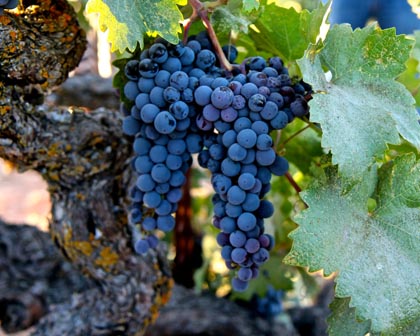 In our previous post (Is Zinfandel breaking out?) we cited a number of wine industry professionals who truly believe that Zinfandel can be made in more restrained, elegant styles – not unlike the finest Pinot Noirs or Burgundies – and that, in fact, we are beginning to see a paradigm shift towards that direction.

What are some of the more elegant styles of Zinfandel coming out of the Lodi Viticultural Area today? 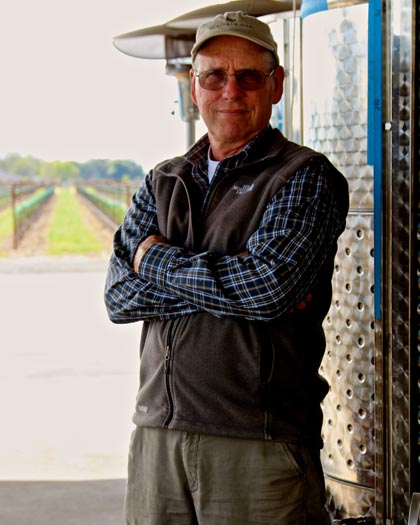 Tom Hoffman of Heritage Oak Winery – located on the east side of Lodi's Mokelumne River AVA – has almost stubbornly stuck with leaner, zestier styles of Zinfandel, even during recent years when big, oaky, overripe styles were garnering most of the accolades. When asked why, Mr. Hoffman could only say, in almost Zen (or is it "Zin?") phraselogy, "It's the way I grow it, and the way I make it."

There is, however, the matter of vineyard sourcing: Heritage Oak's Mokelumne riverside plantings, primarily on trellises, also happen to be located in a section of Lodi's east side known for the deepest, sandiest pockets of Tokay fine sandy loam – sharing a kinship with other highly regarded Lodi vineyards, such as Harney Lane's Lizzy James, Rous Vineyard, and Kirschenmann Vineyard. These vineyards naturally produce Zinfandels that are lighter in weight but also zestier, more finely delineated, and redolent with fragrances that fall on the "red fruit" (i.e. cherry, raspberry, strawberry) side of the varietal spectrum.

Hoffman, in other words, couldn't make an overripe, over-sized style of Zinfandel if he tried – it is not in the nature of his vineyard sites.

Of the four single-vineyard designated Zinfandels that he currently offers, Hoffman tells us the "biggest hit" at the moment is his 2012 Heritage Oak Block 14 Lodi Zinfandel ($24) because of its "less-is-more, elegant style." There is, in fact, a notably zesty, almost bony edge (in a positive way, like an Audrey Hepburn in demure black cocktail dress) and moderation of tannin and oak in this wine, which is aged strictly in neutral (i.e. previously used) American oak barrels; yet its nose is extremely fragrant, suggesting sweet cherry/raspberry.

Just on the other side of the Mokelumne River from the Heritage Oak blocks, Michael McCay's Lot 13 Vineyard sits on an equally deep pile of porous sand, and produces wines like the soon-to-be-released 2012 McCay Faith-Lot 13 Lodi Zinfandel ($32; mccaycellars.com): effusive with electric red fruit perfume (cherry/raspberry) with subtle sweet peppercorn spice, tasting lean, almost sinewy, in its svelte, slender, zesty edged medium body – keep an eye out for fresh, nervy tart of a wine. The recently released 2012 Tizona Kirschenmann Vineyard Lodi Zinfandel ($32; see Tizona is a new Lodi Classic)) by Bokisch Vineyards, from a 1915 planting located right alongside Lot 13, is practically a twin to McCay’s Faith. 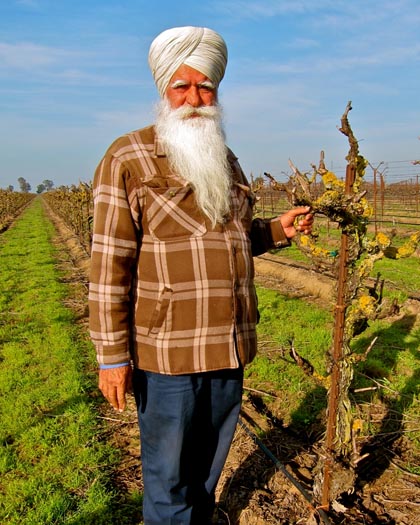 The west side of Lodi's Mokelumne River AVA is known for less bony, and rounder, curvaceous, sometimes pungently earthy styles of Zinfandel – qualities often attributed to the loamier, more organic richness of the Tokay fine sandy loam found on this side of the little City of Lodi.

Yet it is still possible to craft a Zinfandel of notable restraint on the west side as well: an ideal example being the 2012 Barsetti Lodi Zinfandel ($13; barsettivineyards.com), certified sustainably grown by Amrik Dhaliwal. The Barsetti is fleshier and rounder than Hoffman's Block 14, yet still just medium (not big) in body, exuding pure, unimpeded raspberry/blackberry fruit with chocolate box confection, and emphasizing zesty natural acidity rather than tannin or oak in the palate feel.

Another fine example of west side Lodi Zinfandel is the 2012 Oak Farm Wegat Vineyard Lodi Zinfandel ($29; oakfarmvineyards.com), which is bright, round, yet moderately weighted on the palate; and also retains what winemaker Chad Joseph describes as "a distinct texture and flavors synonymous with the west side, and Wegat Vineyard in particular… a sense of concentrated bramble-berry with notes of rhubarb pie, earthy herbs and loaminess."

Last but far from least, any discussion of restrained, elegant styles of Lodi Zinfandel has to include Bob and Alison Colarossi's Stellina planting on the west side. Their current release, the 2012 Stellina, Salto Lodi Zinfandel ($32; estatecrush.com), is zesty and medium in weight; with a floral, almost violet-like nose arrayed with red-veering-towards-blueberry gruit, tinged by a sweet peppercorn spice and mildly earthy notes (vaguely suggesting perfect soft ripened cheese) typifying the west side. The overall feel is gentle, sleek, bright, yet sensuous. 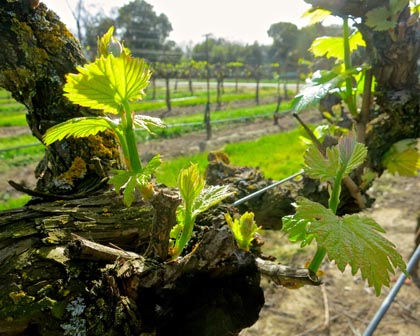