Discovering your own taste in wine beyond 100-point scores 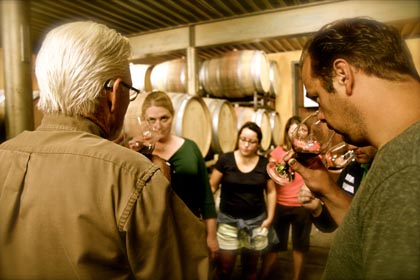 100-point scores for rating wines: not every retail store features them as their "shelf talkers," but it seems like most of them do. But let the wine buyer beware: 100-point numerical scales – which strongly suggest some kind of authoritative mathematical precision – are, in fact, rarely accurate in terms of assessing true quality, and are more likely to provide you with a totally hit-and-miss idea of what wines you may enjoy most.

Think of it this way: most of us do not understand wine nearly as much as the way we may understand things like music, books, films, food, or even cars – everyday, common things that require us to make a judgement of some kind of aesthetic nature.

There are "experts" who write about things familiar to us, like books and music; yet most of us don't really need to follow reviews to decide what we like best. We are our own experts on most things, and we also understand that 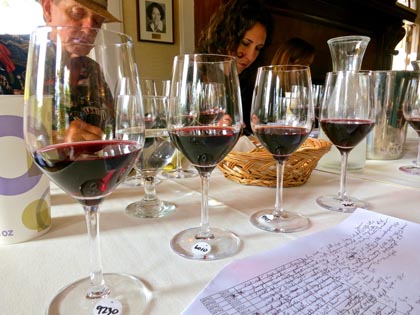 Choosing wine can be complicated, no doubt about it. When we become adults, we don't have the same built-in experience as consumers of wine that we develop early on as consumers of music or books – hence, the temptation to follow 100-point wine ratings. At the same time, wine is no different than anything else we consume: we cannot expect reviewers to have the same taste as our own.

If anything, 100-point scores – which only became popular during the late seventies and early eighties after the well known wine critic, Robert M. Parker, began using it in his The Wine Advocate publication, which was soon after copied by other publications such as Wine Spectator and Wine & Spirits – can be seriously detrimental to most consumers' efforts to find the wines they truly love. Why? For the simple reason that 100-point scores almost universally presuppose that there is such a thing as an ideal "100-point" wine (indeed, Mr. Parker has been criticized often for actually bestowing 100 points on a few wines). 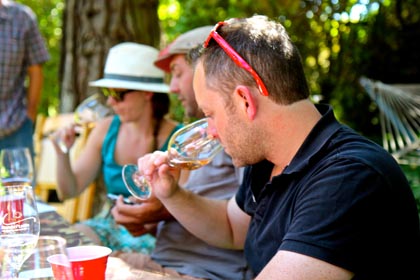 We like to read what movie critics have to say, but obviously we do not automatically follow their suggestions, or even believe everything they write. So why would anyone believe a wine critic's 100-point scores?

We could go on and on about this. So what if book critics swoon over James Joyce's Ulysses or Jonathan Franzen's The Corrections? The vast majority of people would rather read Anne Rice's Interview with the Vampire or Gillian Flynn's Gone Girl. The Beatles and Rolling Stones undoubtedly rate among the greatest, but tell that to undying fans of The Who, Neil Diamond, Grateful Dead, Miles Davis, Bob Marley, Beethoven or Mozart.

Up until now we have been talking about everyone's intrinsic differences in taste. There is another aspect of 100-point wine ratings that is seriously flawed: the fact that the finest wines in the world reflect where they are grown as much or more than the talent of the people who grow and make them. The downfall of the 100-point scale is that it presupposes a singular style of wine by which all similar wines are rated, regardless of differences in origin.

When a critic rates, say, California Chardonnays, points are rewarded according to that critic's idea of what constitutes the finest California Chardonnay. The problem is that there is no such thing as a "finest California Chardonnay." Because of stark physical differences in climate, soil, topography, elevation, and nearly endless other variables, Sonoma's Russian River Valley grows a dramatically different style of Chardonnay than Santa Cruz Mountains, or Anderson Valley in Mendocino, Santa Maria Valley or Sta. Rita Hills in Santa Barbara, Chalone, Arroyo Seco or Santa Lucia Highlands in Monterey, and so forth. 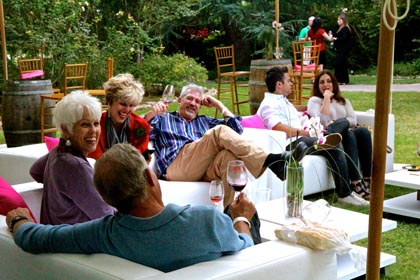 The Lodi way of learning about wine (at SIP SAVOR LODI)

For the same reason, it is absurd to compare Chardonnay based white wines grown in France – in appellations such as Chablis, Mâconnais, Meursault, Puligny-Montrachet, etc. – with each other. The French themselves would consider this an exercise in futility; yet that doesn't seem to keep many American critics, sold on their point systems, from persisting in numerical polemics. Fact of the matter is, there is even more diversity of growing conditions on the American West Coast than there is in France. If it makes little sense to rate wines made from the same grape in the regions of France, it makes even less sense in the U.S.

Let's talk in more specific terms: in Santa Cruz Mountains Chardonnay is grown in thinner soils on higher elevation slopes (that's why they call them "mountains"), whereas in Russian River Valley Chardonnay is grown on deeper, flatter, richer soils. That's why it makes little sense to give a lean, minerally Chardonnay from Santa Cruz Mountains just an "88," and a lusher, fatter, fruit driven Russian River Chardonnay a "95." Who's to say that a leaner, minerally taste shouldn't rate higher than a lush, fruity taste – especially if you hate fruity style of Chardonnay?

Yet, 100-point wine critics do make that call. The point system forces them to lump wines grown in different regions together within varietal categories; as if apples were the same as oranges, and glossing over the fact that there are endless sub-varieties of those apples and oranges, for many different usages and tastes.

In recent years we are seeing more and more well crafted wines emerging from Lodi that have not been fitting easily into many critics' assumptions. Lodi's climate, for one thing, may be similar to coastal regions such as Santa Barbara, Paso Robles, Napa Valley and Sonoma County; but Lodi generally does not experience as much diurnal temperature swings: our growing season highs are not as high, and our lows are not as low, as coastal regions classified within the same Mediterranean category. 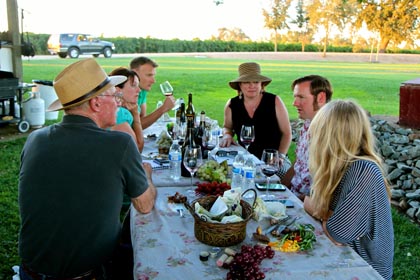 There are, in fact, more and more wine critics who are becoming smarter about what makes Lodi different, or distinctive; and a number of them have been adjusting their "scores" accordingly. This is not surprising – it always takes a while for cognoscente to comprehend experiences outside their comfort zone. Critics are people, too!

For many critics, handcrafted Lodi grown wines are just too recent a phenomenon. But there are also just too many unique and compelling aspects to Lodi's emerging terroirs for the mainstream wine press not to eventually catch on. For many years, for instance, Oregon grown Pinot Noirs were considered so much lighter and weaker than Pinot Noirs from California; but nowadays, Oregon Pinot Noirs tend to rate just as highly as California Pinot Noirs: critics have simply redefined the characteristics they once perceived as "weak" and "light" – the operative terms are now "refined," "subtle," and "elegant."

That's just way it has always been in the world of wine criticism – fashion, perception, and presupposition have as much to do with actual sensory analysis when it comes to quality judgements. By the same token, it really is up to every serious wine consumer to come to his or her own conclusions. We can all have great taste, but not the same taste – especially when it comes to appreciation of wines from different regions.

But as Bob Dylan once sang, you don't need a weatherman to know which way the wind blows – the same thing for discovering your taste in wine on your own! 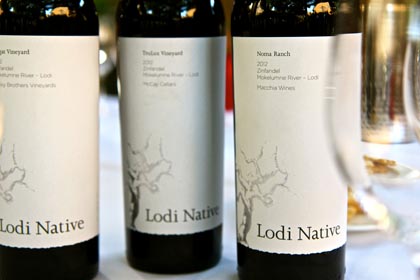